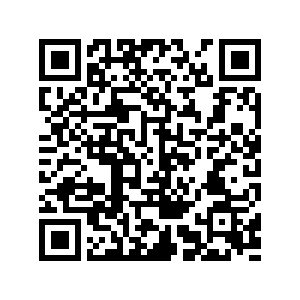 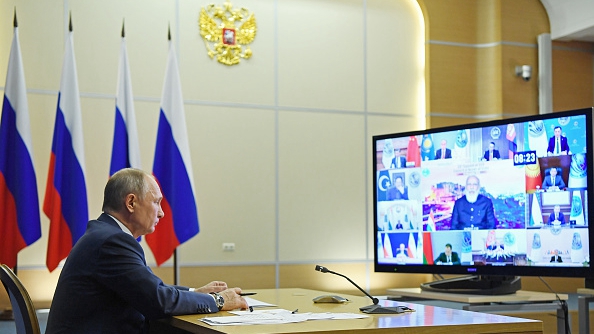 Russian President Vladimir Putin is seen during a video conference of the Council of Heads of State of the Shanghai Cooperation Organisation (SCO). /Getty

Russian President Vladimir Putin is seen during a video conference of the Council of Heads of State of the Shanghai Cooperation Organisation (SCO). /Getty

Editor's note: Hannan Hussain is a foreign affairs commentator and writer. He is a Fulbright recipient at the University of Maryland and a former research assistant at the Islamabad Policy Research Institute. The article reflects the author's opinion and not necessarily the viewpoint of CGTN.

On November 10, Russia hosted the 20th meeting of the Council of Heads of State of the Shanghai Cooperation Organisation (SCO), counting both member and observer states in their joint pursuits for multilateral cooperation and post-pandemic recovery. The strategic instruments underpinning SCO's regional balance converged on three key themes: a united anti-epidemic cooperation front, transformative headway on peaceful coexistence, and conflict resolution as a borderless prerogative.

Member states characterized the fight against COVID-19 as an inlet to bolster each other's containment efforts, and to refocus future security concerns on the growth and protection of the people. "The imperative of common approaches to limit the spread of infectious diseases, reduce their effects, and develop potential remedies has increased manifold," cautioned Pakistani Prime Minister Imran Khan at the virtually held meeting.

China's proposal to constitute "hotline contacts ... between SCO members' centers for disease control (CDCs)" serves as a viable blueprint for preventing cross-border transmission of communicable diseases, and helps strengthen SCO's long-standing resistance to any politically motivated crisis response. More importantly, Beijing's disease control proposal aligns with SCO's pre-existing, inter-ministerial coordination on sanitary and epidemiological services. These linkages build on the importance of cultural and humanitarian ties in an age of increasing unilateralism, and ensure that all participating members benefit from real-time data exchange and tried-and-tested experiences on domestic pandemic recoveries. "We ... register our readiness to share with other member states our experiences in combating COVID-19," stated Iranian President Hassan Rouhani.

As a result of this foresight, SCO's collective determination to factor each countries' healthcare exigencies – such as the need to mobilize COVID-19 vaccine supplies – represents a conscious attempt to come through on "full, free and equitable" access for regional as well as global populations.

Another point of distinction that remains exclusive to SCO's pandemic recovery vision is its emphasis on the economic and political underpinnings of "reliable security." SCO member states defined "practical collaboration" during the pandemic as an interplay between politics, economy, culture and humanitarian ties, as this intersectionality is best suited to capture the regional and global consequences of the novel coronavirus.

In terms of economic considerations, the elimination of trade barriers, simplified customs procedures and external market stimulus through win-win cooperation can generate patterns of interconnectivity, which in turn can have a lasting impact on how healthcare interventions are distributed and whether their access is inherently multilateral.

Similarly, SCO members that have cultivated a sense of "sovereign, united, peaceful and democratic" statehood in their immediate neighborhoods, strengthen the organization's collective spirit of state-to-state capacity building, both within and outside its borders. COVID-19 represents a modern-day variant of such an evolving global crisis, which can only mitigate in effect if nations set aside political pretexts and substitute domestic interference with broad-based cooperation. This transition – practiced by SCO for decades – is the lifeblood of the organization's coordinated emergency response initiative. 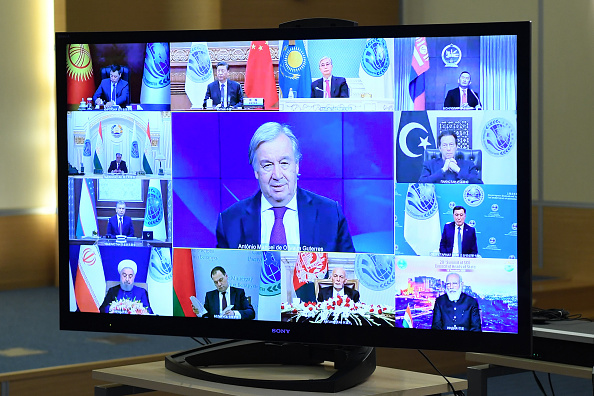 A video screen shows UN Secretary General Antonio Manuel de Oliveira Guterres (C) and the leaders of SCO member states during a video conference of the Council of Heads of State of the Shanghai Cooperation Organisation (SCO) chaired by the Russian president (not pictured). /Getty

A video screen shows UN Secretary General Antonio Manuel de Oliveira Guterres (C) and the leaders of SCO member states during a video conference of the Council of Heads of State of the Shanghai Cooperation Organisation (SCO) chaired by the Russian president (not pictured). /Getty

SCO members contextualized prevailing geopolitical tensions by standing firmly committed to an international order based on the supremacy of international law. All parties remained invariably cognizant of the perils of World War II – 75 years on – and the coordinating role played by the United Nations in offsetting a recourse to unilateralism. "I welcome the support of the SCO, as a leading player in regional diplomacy in Eurasia, for my appeal for a global ceasefire. I look forward to your further advocacy and action to end hostilities around the world before the end of this year," stated UN Secretary General Antonio Guterres in a recorded video message.

SCO's determination to further this rules-based conflict resolution template reflects in the reconstruction of peace in Afghanistan and the Nagorno-Karabakh conflict. On the former, the acclaimed SCO-Afghanistan Contact Group continues to scale the criticality of Kabul's peace-seeking efforts with the Taliban, enabling a united cohort of member countries to support Kabul's stability and counter-terrorism efforts in real-time.

Moreover, the Contact Group places significant emphasis on the risk of violence afforded to Afghan citizens, while creating space for a strong SCO consensus to take root, so that ongoing peace talks can materialize effectively under the ambit of key UN Security Council resolutions.

The same forward-looking vision for regional peace is mirrored by the deliberation of diplomatic headway in the Nagorno-Karabakh conflict. Steps taken by Russia to effect a compromise of hostilities between Azerbaijan and Armenia offer important lessons in substituting militaristic tendencies with the power of dialogue. This buttresses Beijing's larger point to the forum that SCO should "expand its network of partnerships and conduct extensive cooperation with observers, dialogue partners, the UN and other international organizations" for universal security.

Ultimately, well-deliberated instruments of post-pandemic recovery, actionable diplomacy and regional engagement create solid grounds to ward off external hostilities in an age of increasing unilateralism. Above all, a demonstrated appetite for multilateralism cements SCO's prospects for trailblazing regional peace at present.