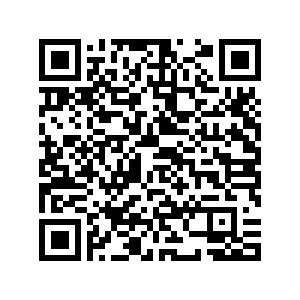 As we are in the midst of yet another international break, take a look back at the UEFA Champions League's first legs with CGTN.

Latest standings in Group C after three games in the UEFA Champions League. /Screenshot from UEFA.com

Latest standings in Group C after three games in the UEFA Champions League. /Screenshot from UEFA.com

The wheels have all but come off Pep Guardiola's Manchester City. He has something of a track record with teams: he comes in, they dominate in their first year, and then they start to get found out. They also tend to fall apart in the latter stages of the Champions League, and that's just what happened last year in the UEFA Champions League quarters against Lyon.

As this is Pep's last contracted year with City and they are still in the bottom half of the Premier League table, it appears that his squad is giving it all in this Champions League campaign. Three wins out of three, putting them on nine points, one win ahead of second-placed FC Porto of Portugal's Liga NOS.

A far cry from their days under manager Jose Mourinho, Porto are part of the European football middle class. Having only missed the tournament once since winning in 2003/04, they are good enough to beat the smaller squads but too small to beat the genuine contenders, hence their loss to City but the 2-0 and 3-0 wins over Marseille and Olympiacos, respectively.

Olympiacos, champions of Greece's Super League 1, began by nabbing a 1-0 win from Marseille but have since been thoroughly beaten by their opponents. Only three times in their history have they got out of the group stage, and every time they qualify, it's clear that their rankings are due to UEFA's coefficients rather than league strength.

Likewise, at the very bottom are Ligue 1's Marseille, whose Champions League career is reliant on the success of the French national team, and the overall weakness of Ligue 1. On zero points and a goal difference of -7, they're the designated free hit of the group and, as they are fighting for a Champions League qualifying spot domestically, are surely going to stay that way.

Sometimes things shake out just right, and it would make sense for the table to stay exactly like this for the remainder of the Group Stage. City are too big and too good to realistically drop points to anybody else, and Porto are head and shoulders above Olympiacos and Marseille. Even in a year as wild as 2020, it would take a miracle for anything to change.

Latest standings in Group D after three games in the UEFA Champions League. /Screenshot from UEFA.com

Latest standings in Group D after three games in the UEFA Champions League. /Screenshot from UEFA.com

Under Jurgen Klopp, Liverpool have been a sensation. They've gone from being a side living on nostalgia to being the most vital side in the Premier League, a big part of that is their hunger for success, which, so far, has not been sated. Their Champions League win in the 2018/19 season could have been a one-off, just like the historic 2004/05 win in Istanbul that didn't lead anywhere.

Instead, the side looks to right the wrong of being eliminated by Atletico Madrid last year by crushing everyone in front of them. Three wins and a goal difference of +8 put them in pole position and, as their wins have become more and more pronounced – 1-0, then 2-0, then 5-0 – they look to cruise into the knockouts.

In second place with the win/lose/draw split are the Eredivisie's Ajax. The underdog spirit that carried them all the way to the UEFA Champions League semis in the 2018/19 season has all but been extinguished by their status as a feeder team to Europe's top teams. Every year it's practically a fresh side, and this one is desperately lacking the Frenkie De Jong, Matthijs De Ligt Hakim Ziyech, Donny van de Beek and all the others who came, won and then went elsewhere for big money.

Hot on their heels are Serie A's Atalanta, who are equal everywhere besides for being -1 on goal difference. This is only their second appearance ever in the Champions League, and it already looked like their quarter-final finish last year was an anomaly. Besides a win over minnows FC Midtjylland, they looked poor; their 2-2 draw with Ajax was down to the Dutch taking their foot off the pedal with a 2-0 lead. The 5-0 loss to Liverpool was business as usual.

At the very bottom with no points are FC Midtjylland of Norway's Superligaen. This is their first time in the Champions League after admirably improving through the Europa League and the Champions League qualifiers for several years. Unfortunately, now they're in the competition proper and are facing real competition, it's clear they aren't up to it. Hopefully, they will make enough money from the Group Stage to improve even further and mount a challenge in the coming years.

Liverpool win the group no problem, meaning second place will come down to Ajax or Atalanta, specifically if Atalanta can return to their form of last year; as of right now, all it would take is a return win over Ajax to qualify. The Eredivise champions don't need to do much more than they have so far to secure their place and Midtjylland have no hope.