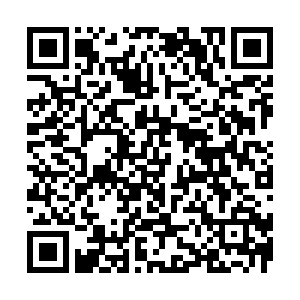 The Chinese Foreign Ministry on Thursday said China's decision to suspend timber exports from Australia is a normal biosecurity precaution that is scientific and reasonable, and urged Australia to view China's development objectively and rationally.

Chinese customs has recently intercepted quarantine pests from logs shipped to China from Victoria, Australia. These pests, once introduced, will pose a serious threat to China's agricultural and forestry production and ecological safety.

In order to prevent the risk of an epidemic at the source, in accordance with relevant Chinese laws and regulations and international standards, China's General Administration of Customs has decided to suspend the import of logs from Victoria, Australia, from November 11, 2020, said spokesperson Wang Wenbin.

Wang stressed China's decision is in accordance with the country's relevant laws and regulations, as well as with common international practice.

Speaking of China-Australia ties, Wang said the Australian side has been flagrantly violating the basic norms of international relations, repeatedly making erroneous statements and actions and grossly interfering in China's internal affairs on issues involving China's core interests, such as those relating to Hong Kong, Xinjiang and Taiwan.

"Some people on the Australian side, without giving any evidence, have slandered and accused China of engaging in so-called interference and infiltration with Australia, and have politicized, stigmatized and imposed unwarranted restrictions on normal exchanges and cooperation between China and Australia."

Wang said these practices have seriously undermined the mutual trust between the two countries, poisoned the atmosphere of bilateral relations and impeded the original good momentum of China-Australia practical cooperation.

He stressed that the key to breaking out of the predicament in China-Australia relations lies in the Australian side.

Wang urged Australia to look at China and its development objectively and rationally, uphold the principles of mutual respect and equal treatment, and do more to enhance mutual trust and promote practical cooperation between the two countries.