Pudong: A microcosm of China's reform and opening-up
World Insight with Tian Wei 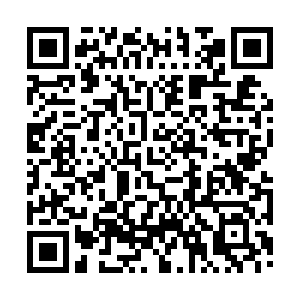 "Trust was built and investors came and settled down in Pudong," said Zhao Qizheng, the first governor of Pudong and former vice mayor of Shanghai. He shared an oral history of Pudong with CGTN host Tian Wei.

Dr. Henry Kissinger, a widely respected statesman, who helped China and the U.S. establish diplomatic ties 50 years ago, was a respectful friend for Zhao Qizheng. Over the years, Dr. Kissinger became an advocate for the Pudong New Area because he saw the real transformation taking place right in front of his eyes. Here is what he told Zhao after Zhao and his team put their upmost efforts in building both Pudong's infrastructure and Lu Jiazui, its financial district:

"When China first announced the development of Pudong, the international community thought it was just a slogan. ... The first time I came, you showed me the plan on the map, and the second time you displayed the model, and the third time I saw the construction cranes. So I believe that Pudong's development is a practical action, not a slogan."

For years, Pudong was Zhao's sole work. He was so invested that he was even nicknamed "Pudong Zhao." He knew well that compared to the "hardware," meaning the infrastructure, the "software," meaning the policies, services and talents that Pudong could offer, would be even more crucial for international investors. He was grateful that preferential policies became a reality: "Production materials were exempted from import taxes. Reforms also created greater space for development."

Pudong became a new area for reform and opening-up 10 years after the establishment of the Shenzhen Special Economic Zone. But that decision has totally changed the fate of Pudong and even Shanghai.

"The central government wanted to revitalize Shanghai through the development of Pudong. In the 1990s, there was a lack of a Chinese equivalent financial center to first class cities like London, New York and Tokyo. Pudong was conceived to be a center of economy, trade, finance, science and technology and logistics, where we could stand shoulder to shoulder with other international cities," he said.

After the policies were in place, Zhao's next challenge was attracting and securing the commitment of international investors.

"Build it and they will come," is a common phrase for any venture. Zhao recalls how he relied on word of mouth to persuade foreign investors to move their Asia headquarters to Pudong. He told them, "Shanghai faces the Yangtze River Basin, in the middle of China's coast. So you not only enter Shanghai, but also the whole of China. It's a very strategic location for anyone with the hopes to do business in Asia."

Zhao impressed not only former U.S. Secretary of State Kissinger, but also a former French President. Jacques Chirac said of Pudong, "This is the place where the sun rises. The Great Wall is magnificent, the Grand Canal is splendid. But Pudong is spectacular." Chirac, Kissinger and many other high-profile foreign figures became key cheerleaders and messengers of Pudong to an overseas audience.

The once popular saying proclaims, "I would rather have a bed in Puxi than have a room in Pudong." But Pudong has come out of the shadow of its more storied neighbor Puxi. Pudong now boasts the best parks, hospitals and schools in Shanghai. It even hosts some top universities. Pudong also has the fastest internet speed in China. All these factors have attracted China's top talents and even those from the rest of the world to Shanghai.

After 30 years, Pudong has been transformed into not only an important financial hub, but also a nurturing ground for innovation and high-tech, focusing on robotics and artificial intelligence.

Multinational companies have established their regional R&D centers in Pudong as well as modern factories churning out the latest models of robots for both the Chinese and the international markets.

Looking at the magnificent skyline of Pudong and standing next to a giant globe, "Pudong Zhao" said, "It is fitting that we are standing next to a globe while pondering over Pudong's development. Pudong's development rides the prevailing wave of globalization. We need to harness the global environment to revitalize Pudong and Shanghai." Although Zhao is proud of Pudong's progress, it is clear that this progress is a testament to China's global interaction.