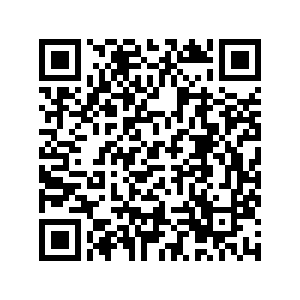 The European Union on Wednesday expressed hope that it could start vaccinating people against the novel coronavirus as early as next year after the U.S. pharmaceutical company Pfizer announced the effectiveness of its vaccine candidate.

Head of the European Centre for Disease Prevention and Control (ECDC), Andrea Ammon, told AFP that a vaccination program could "optimistically" be kicked off in the "first quarter next year, but I can't be more precise."

The statement came after Pfizer and BioNTech said their vaccine could prevent 90 percent of people from getting COVID-19, based on a study of 43,500 people.

The European Union has already struck a deal with Pfizer and BioNTech to buy up to 300 million doses of a coronavirus vaccine.

Under the deal, the 27 European countries could pay $19.50 a shot for 200 million doses and have an option to purchase another 100 million.

Developed at the Gamaleya Research Centre for Epidemiology and Microbiology in Moscow, Sputnik V is currently going through phase III clinical trials in Belarus, UAE, Venezuela and India.

According to a statement published by the institute on Wednesday, 20 confirmed COVID-19 cases were among the group, which consisted of volunteers injected either with the vaccine or a placebo.

Although the Sputnik data is based on fewer people and fewer cases of COVID-19, it confirms promising results from earlier research.

One advantage of Sputnik is that unlike Pfizer's vaccine, it doesn't need to be stored at very low temperatures of around minus 80 degrees Celsius.

So far, there are no safety issues, and Russian researchers say there were "no unexpected adverse events" 21 days after volunteers received their first of two injections.

Alexander Gintsburg, director of Moscow's Gamaleya Research Institute, said Sputnik V would soon be available for a wider population and "lead to an eventual decrease in COVID-19 infection rates, first in Russia, then globally."

But even with the encouraging news, it will not necessarily mark the end of the pandemic, many observers warn.

Professor Eleanor Riley, from the University of Edinburgh, worries the data had been rushed out too soon.

"This is not a competition. We need all trials to be carried out to the highest possible standards," she said.

The interim data and further data are still being collected, and the full report has not yet been published or scrutinized.

The Russian researchers say their data will be published "in one of the leading international peer-reviewed medical journals."

Professor Charles Bangham, chair of immunology at Imperial College London, said proper evaluation of the safety and efficacy of both the Sputnik V and Pfizer/BioNTech vaccines would be needed when the full data on the trials is published.