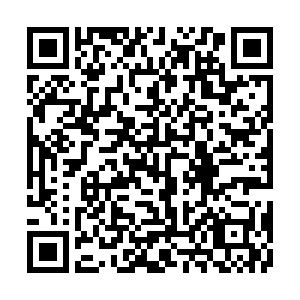 Britain's economy rebounded by a record 15.5 percent in the third quarter, emerging from a historic recession as the initial coronavirus lockdown was relaxed, official data showed Thursday.

However, England's new stay-at-home restrictions will likely derail the recovery, economists warn, one day after Britain's COVID-19 death toll passed the grim milestone of 50,000 deaths -- the highest in Europe.

"UK gross domestic product (GDP) is estimated to have grown by a record 15.5 percent in July to September... as lockdown measures were eased," the Office for National Statistics said in a statement.

The economy, however, was still 9.7 percent smaller than before this year's coronavirus-induced recession after a massive contraction in the second quarter, it added.

Growth also faltered in September, with the  month-on-month gain slowing to 1.1 percent following the end of a restaurant discount scheme the prior month.

The activity was also hit after fresh measures to control the spread of the coronavirus were imposed in September in parts of northern and central England, as well as Scotland and Wales.

"Today's figures show that our economy was recovering over the summer, but started to slow going into autumn," said Finance Minister Rishi Sunak.

"The steps we've had to take since to halt the spread of the virus mean growth has likely slowed further since then."

"But there are reasons to be cautiously optimistic on the health side -- including promising news on tests and vaccines."

He added: "There are still hard times ahead, but we will continue to support people through this and ensure nobody is left without hope or opportunity."

Sunak last week announced a new multi-billion-pound coronavirus support package, including a lengthy extension of his government's furlough jobs scheme to the end of March.

The data came one week after the Bank of England injected an extra £150 billion in cash stimulus to boost the economy -- but forecast a deeper recession after England began the second lockdown.

Output in services, the production and construction sectors increased by record amounts in the third quarter, but the ONS cautioned that they were still below their pre-pandemic levels seen late last year.

Britain plunged into a historic downturn after imposing a lockdown on March 23 that lasted until mid-June.

The economy is expected to take another big hit after England last week began a minimum four weeks of stay-at-home restrictions, as Prime Minister Boris Johnson's government attempts to stem a second wave of COVID-19.

"We already know that GDP will struggle to rise in October as tighter restrictions were imposed and that it will take a hammering in November as the effects of the second COVID-19 lockdown are felt."

Britain's unemployment rate meanwhile jumped to 4.8 percent in the third quarter as the coronavirus pandemic destroys a record number of UK jobs.

The outlook nevertheless brightened somewhat this week after U.S. pharma giant Pfizer and Germany's BioNTech announced that their candidate for a COVID-19 vaccine had been 90 percent effective, boosting hopes of a return to normality next year.