A legacy of lies
By CGTN's Rediscovering China 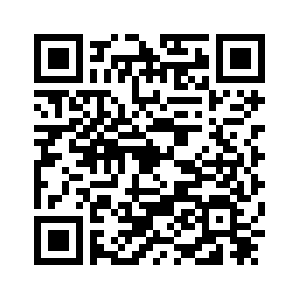 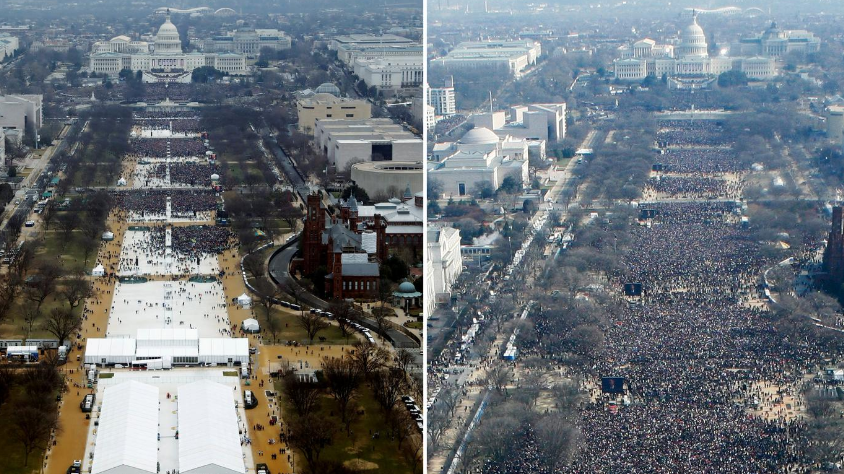 A combination of photos taken at the National Mall shows the crowds attending the inauguration ceremonies of U.S. President Donald Trump at 12:01 p.m. (L) on January 20, 2017 and President Barack Obama at about 12:07 p.m. on January 20, 2009, in Washington. /Reuters

A combination of photos taken at the National Mall shows the crowds attending the inauguration ceremonies of U.S. President Donald Trump at 12:01 p.m. (L) on January 20, 2017 and President Barack Obama at about 12:07 p.m. on January 20, 2009, in Washington. /Reuters

On his first day in office on January 21, 2017, President Donald Trump unleashed a bitter attack on the news media. Calling journalists "among the most dishonest human beings on Earth," he accused them of deliberately understating the size of the crowd at his inauguration. The statement, made despite clear evidence that the attendance was, in fact, well down on that at his predecessor, Barack Obama, at his inauguration in 2009, set the tone for a presidency that has been marked by unsubstantiated claims and outright lies.

In the nearly four years since becoming president, Trump's relationship with the press – and indeed the truth – has often been strained, to the point that journalists began keeping an account of the number of lies he told. By October 22, The Washington Post was estimating that the total was approaching 25,000 during his term in office.

It went on to highlight several of Trump's most often-repeated false claims. For example, he has regularly talked up his success with the economy, asserting on one occasion that under his presidency, the U.S. had achieved "the best economy in the history of the world." Yet, as The Washington Post pointed out, even before the coronavirus had its devastating impact, the economy, judged by most key measures, was not doing as well as it had done under several of his predecessors.

Regarding the coronavirus, the paper said that in just six months, the president had made almost 1,400 false claims.

On November 2, in an article headlined "All the President's Lies About the Coronavirus," The Atlantic pointed out that he had made repeated assertions about the U.S. having among the lowest fatality rates in the world. He had also made false claims about the efficacy of certain drugs in treating the coronavirus, and about the U.S. having developed "the largest and most advanced testing system in the world."

Time after time, such claims are at odds with a reality in which deaths in the country have continued to mount, reaching almost a quarter of a million by November 12, out of a total of over ten million confirmed cases. Both figures account for around a fifth of the global total.

Given Trump's history of peddling falsehoods, it came as little surprise that, following a narrow election loss, he should have called foul. Yet he has been unable to produce any evidence to support his accusations of electoral fraud. Further doubt is cast on his claim by a 2017 study carried out by the Brennan Center for Justice, which found that electoral fraud is extremely rare in the U.S. with a rate of 0.0009 percent.

When Americans and the rest of the world come to reflect on Donald Trump's presidency, they may well call to mind something one of his predecessors, John Adams, wrote after becoming the first president to reside in the White House. Adams said in a letter to his sick wife, Abigail, in November 1800: "May none but honest and wise men ever rule under this roof."

It is to be hoped that Joe Biden may prove to be an "honest and wise" president. However, a major challenge he is likely to face is that created by his predecessor's repeated refusal to face reality.

As Peter Baker, writing in The New York Times on November 1, put it: "Mr. Trump's successor … could face a broader crisis in faith, challenged to re-establish credibility with overseas allies and adversaries, while presiding over a country where truth has been broken down into tribes and much of the public has been conditioned to distrust institutions of all sorts."