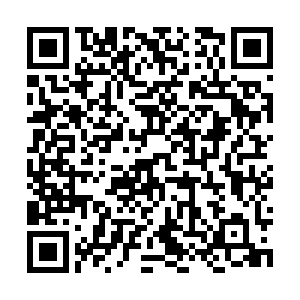 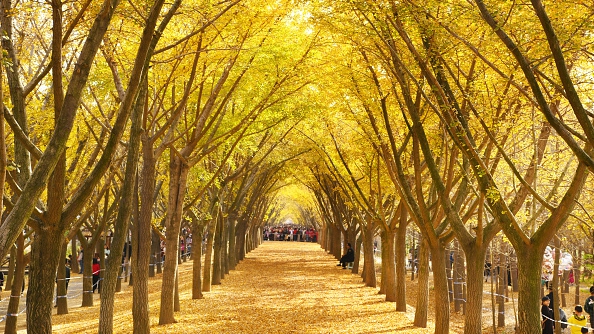 When I lived in Hebei Province in 2004 one of the biggest shocks was the wall of pollution that greeted me day in day out. Such was the thickness of the low hanging yellow smog that, on one day, I could see people disappear before my eye less than 50 meters away.

I noticed men in the city, where I was living, hacking up and spitting in the street. At first, I thought this was predominantly a problem with "suzhi." This is a Chinese word that is roughly used to denote the social quality of people. It was clear, or so I assumed, that general social manners needed improving.

However, I soon found after my first three months in Hebei, I was doing the same too! Such was the problem of pollution in Hebei Province, and Beijing too, that many were coughing up large smelly tonsil-stones. So invasive did they feel it was impossible, at least for me of equally low suzhi, not to cough, gargle and choke them up so as to expel these alien entities as quickly as possible.

Heavy pollution has often been associated with the unrelenting pursuit of profits at the expense of the very ecological foundation that makes life possible. As such, back in the noughties, China's pollution was used by Western scholars to demonstrate that China's development was not people centered and so the logic went, for some, not socialist.

President Trump's China "guru" Peter Navarro has waxed lyrical on the subject of China's pollution without fully recognizing that the sacrifice China was making to its environment, then, was the reason that U.S. capital flourished. Navarro has blamed China for acid rain in the U.S. and China's heavy pollution due to poor governance.

Chinese Marxist scholars on the other hand, such as Xu Hongxiao and Zhao Shuogang, have been critical of Western countries moving their polluting industries to developing countries only to criticize the South who, in a desperate race to compete in the global market, end up polluting their environment.

Robert Kuhn, the author of "How China's Leaders Think," has mentioned that some foreigners believe the full name of China's economic system which is, "Socialist Market Economy with Chinese Characteristics" is a "linguistic smokescreen to conceal China's embarrassingly overt embrace of capitalism." 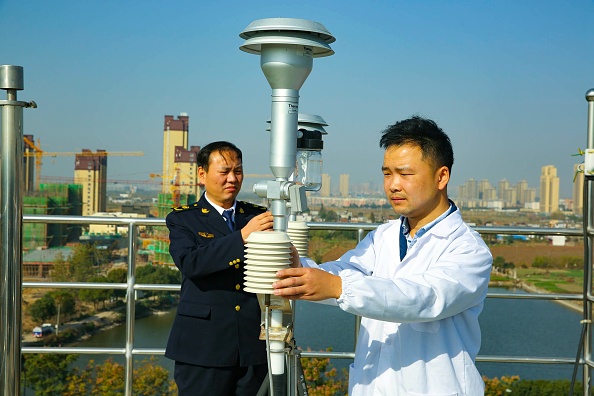 In fact, this is not the case. The Communist Party of China (CPC) has long been aware that one of the contradictions in the use of markets and capital, for building socialism, is that too much market undermines our most precious resource which is the environment. As such, building a sustainable socialist future for all requires more than just eradicating poverty.

One may ask if this is all rhetoric? My own experiences have shown that within one year, from 2017 to 2018, China transformed itself into a society that is committed to recycling. The multicolored bins for different household waste are now ubiquitous. In some districts I have witnessed local neighborhood volunteers manning these bins to educate citizens on which bin to throw their waste into.

While there is still much to be done, the last time I visited Beijing and Hebei I was overwhelmed because the omnipresent smog had vanished and blue skies were the norm. This shouldn't come as a surprise though as the 13th Five-Year Plan (2016-2020) sought to develop environmental technology, improve the quality of the environment and build an ecological culture.

Looking at the figures for the last five years, the number of heavily polluted days in Beijing has dropped from 43 to four. Desertification has been combated with 8.8 million hectares of desert being greened. The proportion of electric buses in China has increased from 20 percent to 60 percent. Ecological protection programs have lifted three million people out of poverty. A total of 474 national nature reserves have been established. Species such as the wild crested ibis and the Tibetan antelope have both seen sharp increases in their wild populations.

Despite the successes, China cannot rest on its laurels and there is still much to be done. Protecting our ecology and the environment is a universal and never-ending task for China and all of us around the world too. As such, the 14th Five-Year Plan aims to continue on the green path set by the 13th Five-Year Plan. Furthermore, China has pledged to peak its carbon emissions by 2030 and work towards a green carbon-neutral economy.