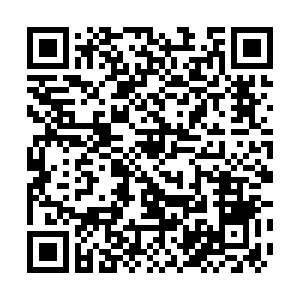 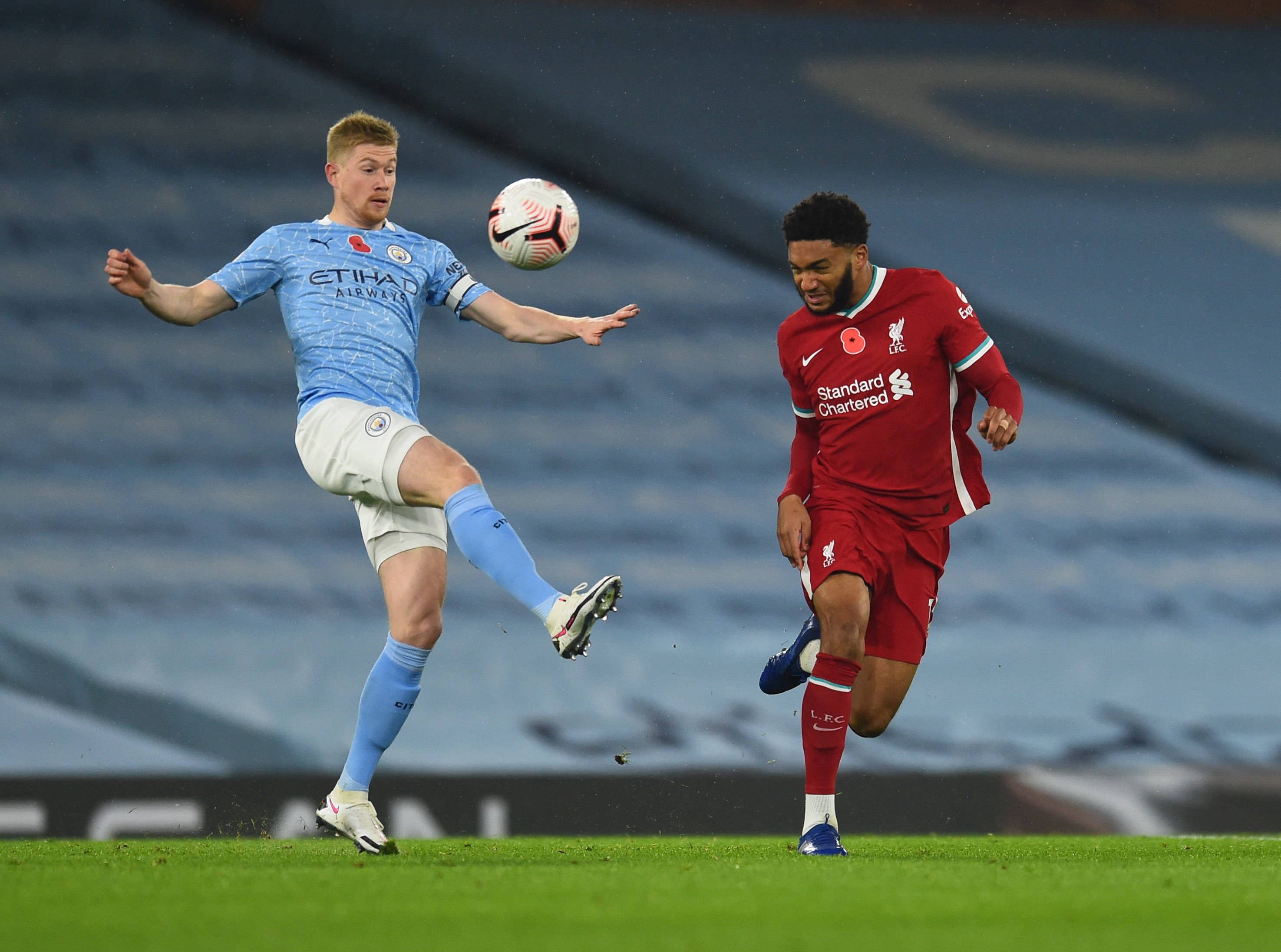 Joe Gomez (R) of Liverpool and Kevin De Bruyne of Manchester City battle for the ball during the Premier League match at Etihad Stadium in Manchester, England, November 8, 2020. /CFP

Joe Gomez (R) of Liverpool and Kevin De Bruyne of Manchester City battle for the ball during the Premier League match at Etihad Stadium in Manchester, England, November 8, 2020. /CFP

Premier League champions Liverpool said on Thursday that their defender Joe Gomez will miss a "significant part" of the rest of the English season after having surgery on his left knee.

Gomez sustained the injury during a training session with England on Wednesday and was withdrawn from the squad before Thursday's friendly against Ireland.

Liverpool said in a statement that Gomez had undergone surgery to repair a tendon in his left knee, with "no damage to any other associated knee ligaments."

"The operation to correct the damage, which took place in London on Thursday morning, was a success and the 23-year-old will make a full recovery," the club added.

"No time scale is being placed upon his return, though the issue is likely to rule him out for a significant part of the remainder of 2020-21." 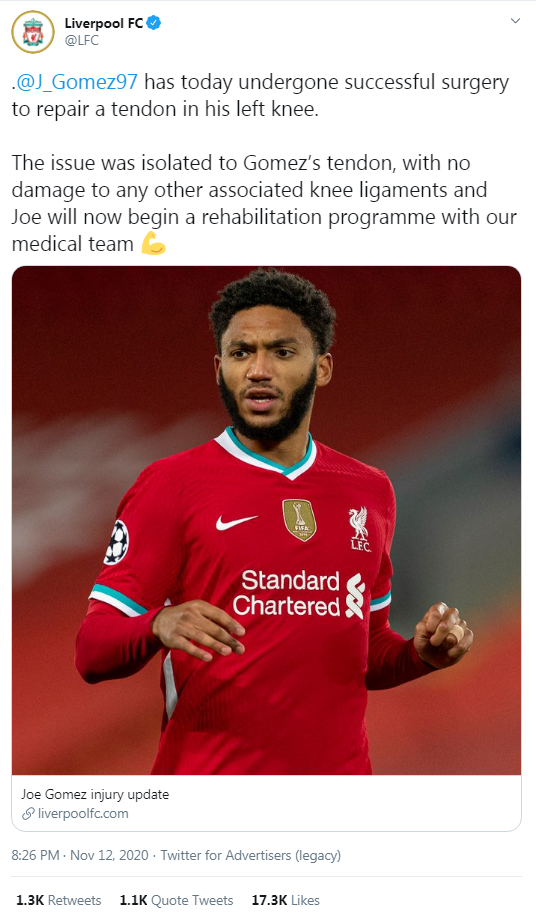 England manager Gareth Southgate hit out at the demands being placed on players after the Liverpool defender suffered the injury.

"What was upsetting to see, he was in a fair bit of pain," Southgate told reporters at his pre-match news conference. "There was nobody around him when the injury happened. I didn't like that element of it."

The injury is potentially a massive blow for Liverpool who were already without key central defender Virgil van Dijk because of a season-ending knee injury.

"We're all hopeful for him that it's not what it might be. But it's not a good situation," Southgate said. "We can't speculate but my immediate thoughts are with him.

"We're hoping and praying it is not going to be a long-term one." 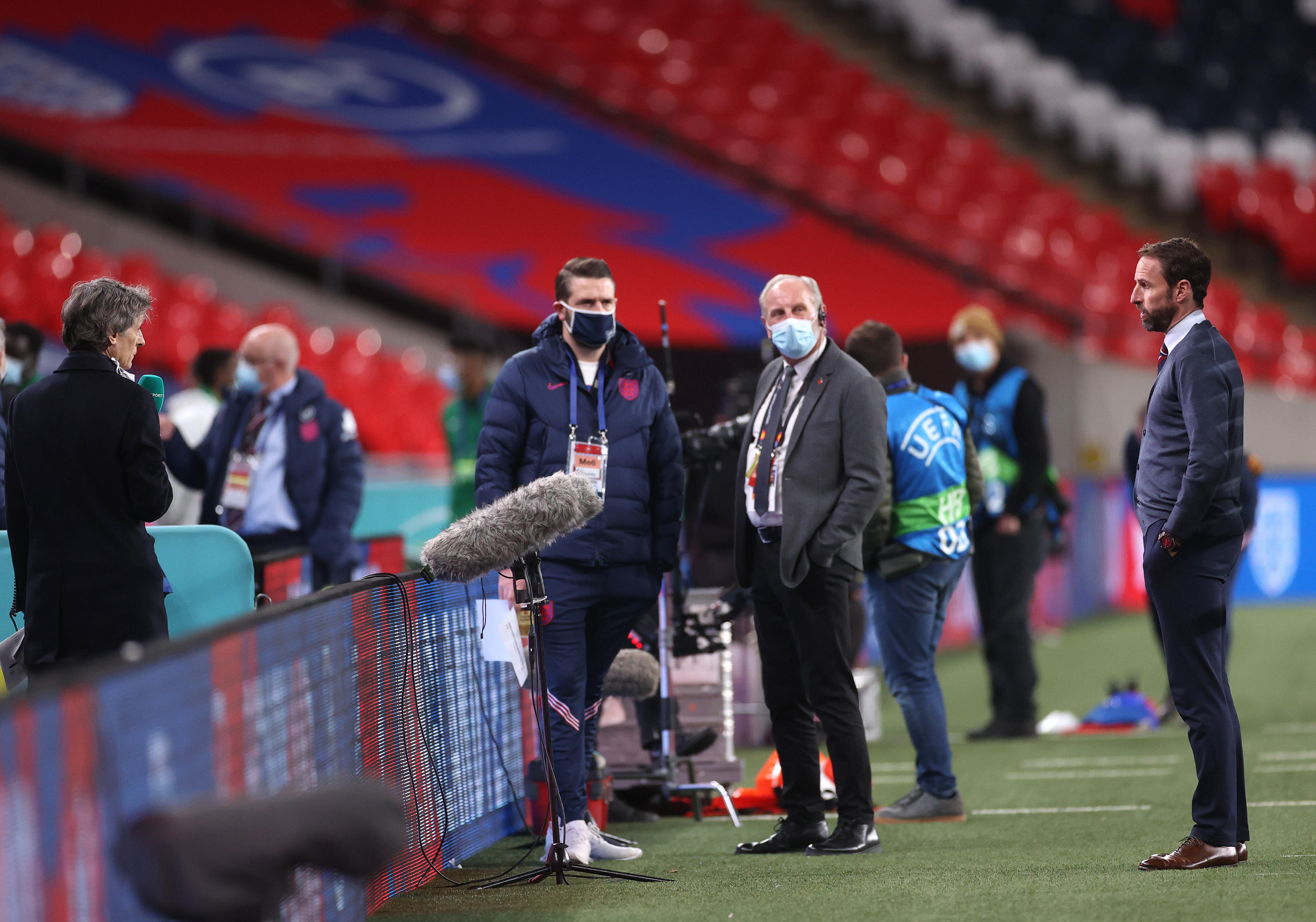 England manager Gareth Southgate (R) speaks to the media prior to the international friendly match between England and the Republic of Ireland at Wembley Stadium in London, November 12, 2020. /CFP

England manager Gareth Southgate (R) speaks to the media prior to the international friendly match between England and the Republic of Ireland at Wembley Stadium in London, November 12, 2020. /CFP

Southgate took the opportunity to criticize the packed schedule that has put huge demands on the players, due in no small part to the COVID-19 pandemic that meant the domestic seasons started later than normal.

The 23-year-old Gomez has played 15 games for club and country in little over two months with the Premier League, Champions League and internationals coming thick and fast.

"There are lots of discussions about extra subs. But the bigger picture here is, everybody in the game needs to work together," Southgate said.

"With a winter World Cup (in 2022) there was an opportunity this year to think differently. The pandemic has thrown up all sorts of difficulties for people. But everybody has tried to cram the program into a smaller period.

"We are going to see injuries. It's a desperately sad situation. When you see the impact on an individual, it hits home even more. These discussions should have happened in the summer. We could have adjusted the calendar in its entirety and all worked together. But people haven't done that."

England beat Ireland for the first time since 1985 as goals by Harry Maguire, Jadon Sancho and Dominic Calvert-Lewin secured a 3-0 win in a friendly at an empty Wembley Stadium on Thursday.

England's performance was a welcome distraction too after a difficult week in which Gomez suffered the injury and FA chairman Greg Clarke resigned after making inappropriate comments at a parliamentary committee meeting.