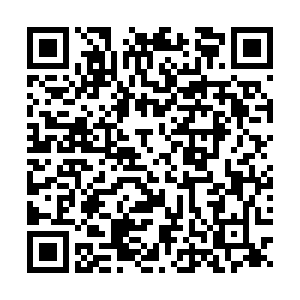 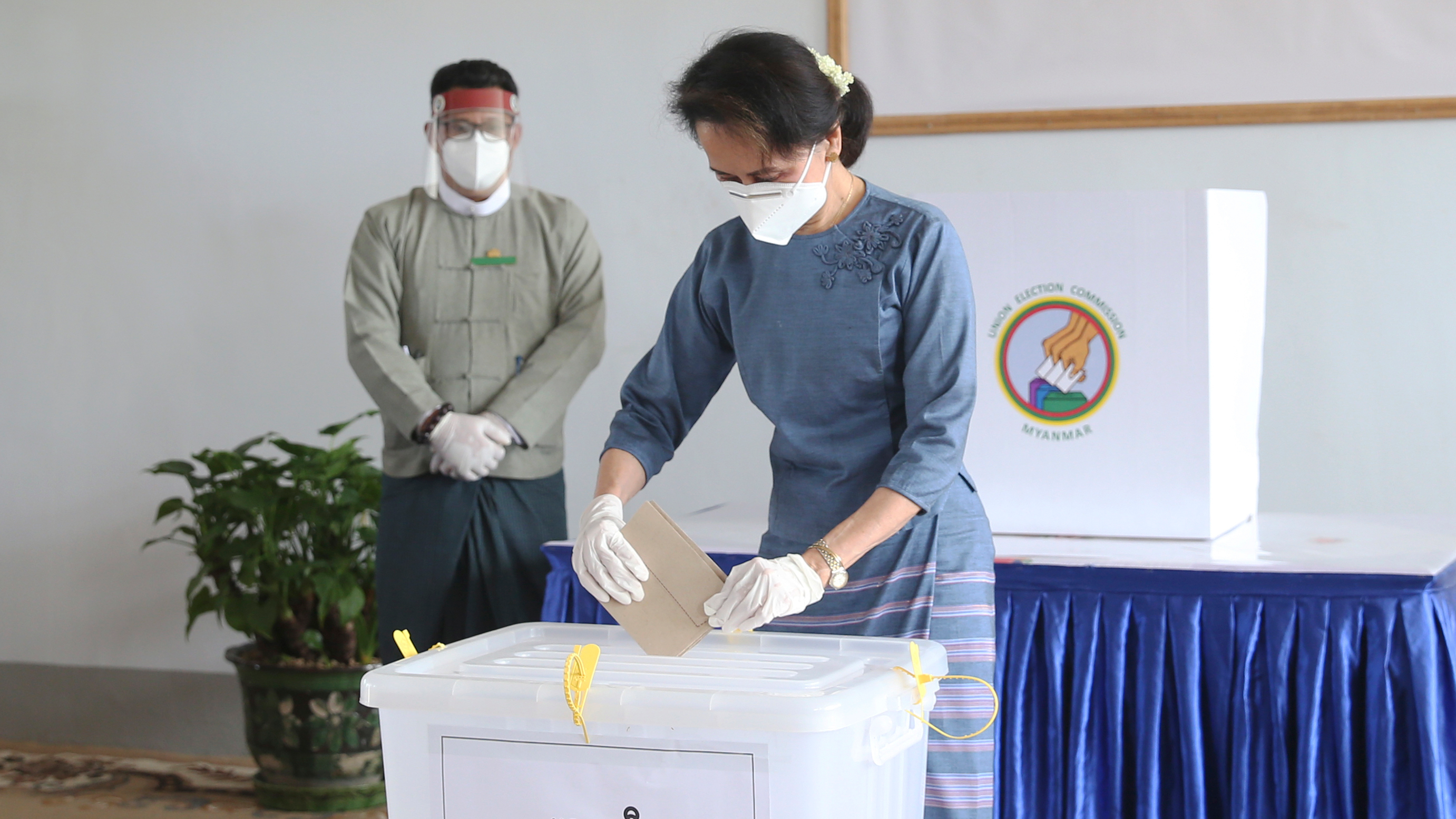 Myanmar's Union Election Commission (UEC) announced on Friday that the ruling National League for Democracy (NLD) party had won more than enough seats in the November 8 general elections to form a new government.

As of Friday, the NLD party had won 368 seats, securing a majority in parliament, the UEC's figures showed. It needed 322 seats in the bicameral legislature to form the next government.

"The results reflect the confidence and trust the people of Myanmar have placed in the NLD's leadership and vision for the country," Lee said in his letter. 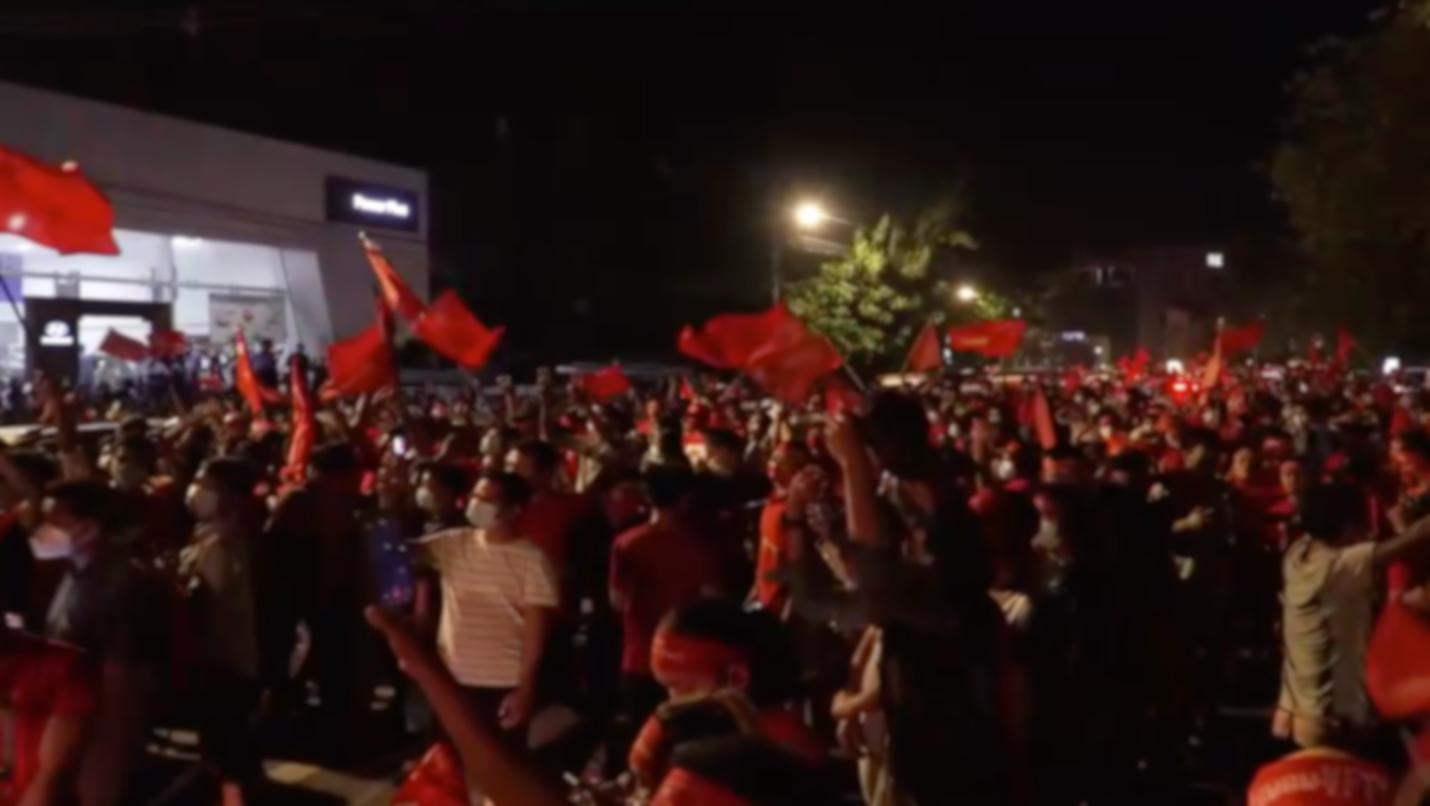 Supporters of the National League for Democracy (NLD) celebrate their victory outside the Party's headquarters in Yangon, Myanmar. /CGTN

Supporters of the National League for Democracy (NLD) celebrate their victory outside the Party's headquarters in Yangon, Myanmar. /CGTN

In Yangon on Sunday, people rushed to the streets to celebrate the election results. Outside the NLD party headquarters, supporters cheered, sang, danced and waved flags. It was like deja vu as Suu Kyi won a landslide victory in Myanmar's second truly contested elections after decades of military rule.

Five years ago, Nobel Peace Prize winner Aung San Suu Kyi took to the podium a national hero as NLD leader. It was an election that brought hope of peace, prosperity, and decentralized power. The country was united by a shared sense of optimism that after decades of isolation and military rule, Myanmar would be on the path to democracy and reform.

This year, Myanmar went into the election amid a surging COVID-19 outbreak, economic hardship and escalating ethnic conflicts.

In September, Yangon went into lockdown in the hope of containing the fast-spreading virus with restrictions on election campaigning, no international election observers and no mass rallies. 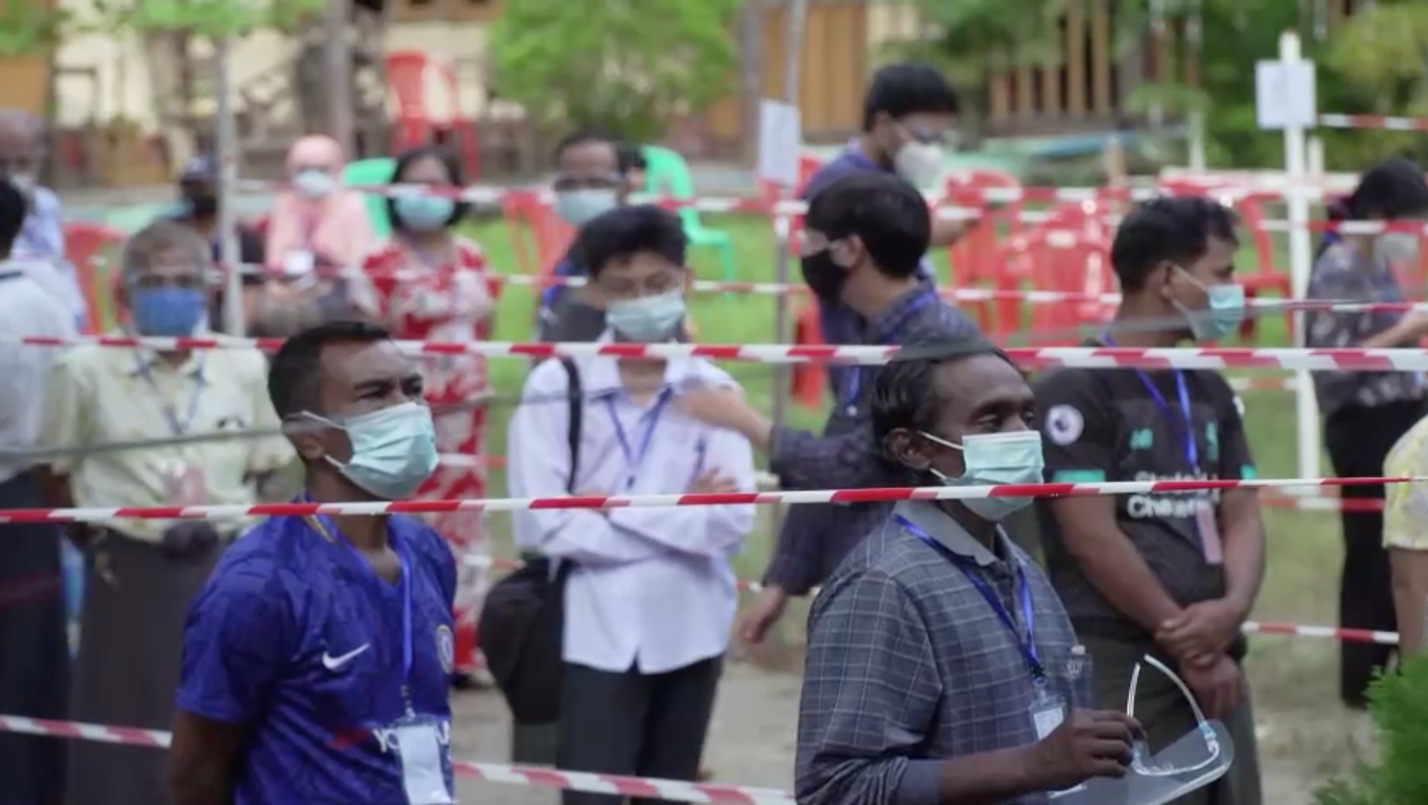 People wearing masks line up outside a polling station. /CGTN

People wearing masks line up outside a polling station. /CGTN

There was widespread concern that the crisis – which left Myanmar's public health system at breaking point with an average of 1,100 new coronavirus cases a day – would keep voters away from the polls.

It didn't. Although official data of total voter turnout is not available yet, the election commission estimated on November 11 that more than 70 percent of the country's 37 million-plus eligible voters cast ballots.

The People's Alliance for Credible Elections (PACE) said the election process in Myanmar was peaceful with no major incidents recorded.

"On election day, it was pretty smooth and pretty peaceful. I can see that there is still a lot of excitement, hope for the government," said PACE Executive Director Sai Ye Kyaw Swar Myint. "It seems that the people are still enthusiastic of the leadership of the NLD government. They are still giving a chance to the NLD government."

The strong voter turnout and overwhelming support for the incumbent confirmed that the people of Myanmar preferred to continue with the NLD for another five years, in the quest for change and transformation.

But this time, the challenges are greater and the stakes are higher for the administration: the economy is in freefall, battered by the effects of the global pandemic, years of uneven development and decades of internal armed conflicts that have pushed millions to the brink of poverty and hunger.

"It's about developing the country to be more inclusive. It's about peace and reconciliation. It's about finding the right kind of economic development that empowers the majority of the country," said David Mathieson, an independent political analyst. "Unfortunately, the next term of the NLD would be overshadowed by the impacts of COVID-19."