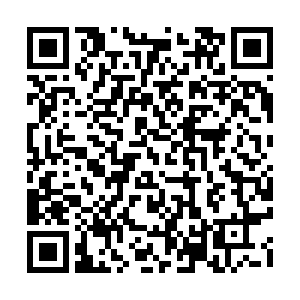 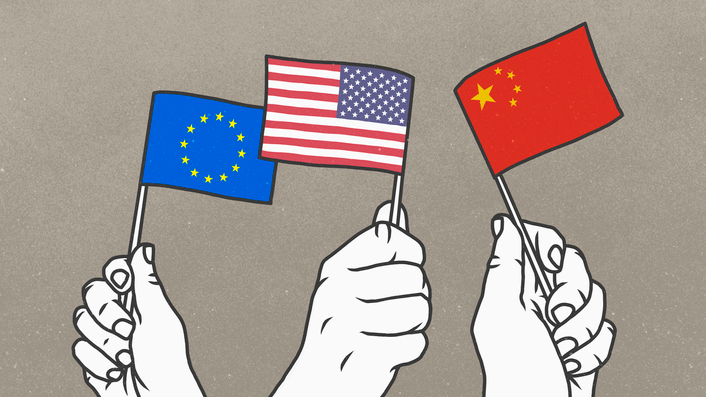 Editor's note: Ken Moak taught economic theory, public policy and globalization at the university level for 33 years. The article reflects the author's opinions, and not necessarily the views of CGTN.

The EU and Canada were ecstatic after the media projected Joe Biden as the 46th president of the United States, and their leaders did not waste time in congratulating and pledging to work closely with the Democrat, particularly on issues concerning China.

Their pleas to Biden are understandable because Trump was never interested in either the EU's or Canada's beef with China other than words of comfort. For example, Trump and his officials only support Canada's "demand" for China to release the "two Michaels." On Borrell's EU-U.S. Dialogue on China, America only played lip service.

However, it is not clear whether the Biden administration will be able or willing to gang up with the EU or Canada against China. First, Biden will have his hands full in dealing with the mess he inherited from Trump. Second, the projected president will need China's cooperation in fulfilling his campaign promises of reviving the economy and re-engaging with the global community.

Trump left America divided and broken with his divisive if not ill-advised policies on trade, race relations, healthcare, immigration and others, fixing these problems will require considerable energy and resources from Biden. In this regard, forming an alliance with the EU and Canada may be the last thing on his mind, particularly when the returns to investment are low if not negative.

China is simply too big and important to be coerced, any attempt to stifle its interests could put the economy and national security at risk as Trump's anti-China policies attested. For example, Trump's trade and technology wars against China ended up in increasing the trade deficit with the country and eroding manufacturing in the United States.

The U.S., moreover, does not have the financial toolkit to fight a protracted economic or trade war against China. Except for the stock market, America is actually broken. According to U.S. government statistics, under Trump, the U.S. national debt and budget deficit stood at almost 107 percent and 15 percent of GDP in 2019, far higher than the red flag figures of 65 percent and 3 percent respectively. Higher deficit and debt figures would inhibit the government's ability to mount effective expansionary fiscal policies during periods of stagnate or negative growth.

The only saving grace for the U.S. is the greenback being the only universally acceptable medium of exchange and settlement of debt, affording it to print as much in Treasury bills and bonds as it wants to prop up domestic demand and build a strong military because face values and interests are repaid in U.S. dollars. However, with the increasing use of the yuan, euro and other currencies in international transactions, the privilege may not last. 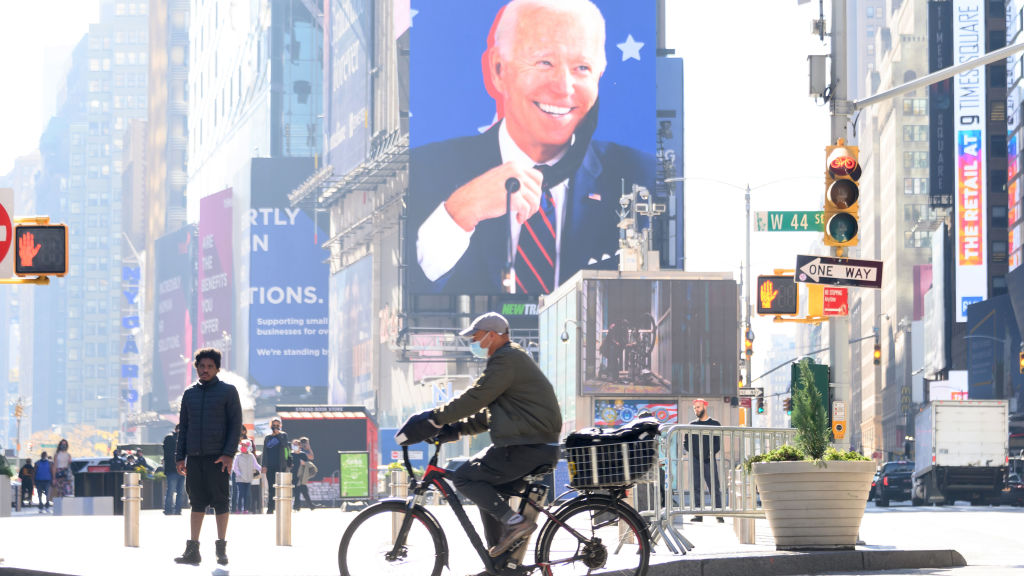 A view of Times Square as the city continues the re-opening efforts following restrictions imposed to slow the spread of coronavirus in New York City, U.S., November 10, 2020. /Getty

A view of Times Square as the city continues the re-opening efforts following restrictions imposed to slow the spread of coronavirus in New York City, U.S., November 10, 2020. /Getty

If Republicans regain the Senate, life will be even more difficult for Biden. For example, his plan to increase taxes on businesses and the wealthy would be dead on arrival. Indeed, the Senate Majority Leader Mitch McConnell hinted that a Republican-controlled Senate might even extend Trump's tax cuts. Should that emerge, Biden would find it difficult to improve the economy and fund his healthcare and infrastructure pledges.

Against this backdrop, Biden might not have the appetite to enter into an alliance with the EU or Canada to counter China.

Indeed, Biden will need China's cooperation in fulfilling his campaign promises. Many large U.S. businesses are highly dependent on the Chinese market for its financial survival, explaining why they were well-represented at the recent China International Import Expo held in Shanghai. Over 92 percent of U.S. firms refused to leave the lucrative China market in spite of Trump's tariffs and threats.

There is little doubt that climate change requires China's cooperation, the U.S. and China being the biggest emitters of the greenhouse gases that cause it. Biden said as much by promising to rejoin the Paris Accord on his first day in office.

Biden, therefore, seems to be more interested in working with China than ganging up with the EU or Canada to contain it. He vows to reverse Trump's decision on leaving the World Health Organization, work with other countries to reform the World Trade Organization and rejoin other globalization stances, implying that Biden is aware that China must be part of the solution. China, for instance, is the world's biggest trading nation, thus without its participation, world trade reform will go nowhere.

Eco-geopolitical realities require the West to work closely with, not against, China, particularly in the post-COVID-19 pandemic era. China is the only major economy that will enjoy positive growth. Though undesirable, China could live without the West given its huge domestic market and those of countries participating in the Belt and Road Initiative and others around the developing world. Together they account for over half of the world's population and a big chunk of global GDP.