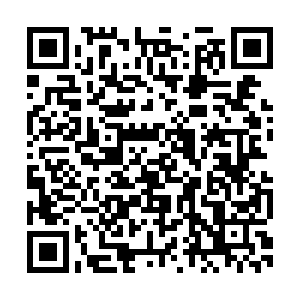 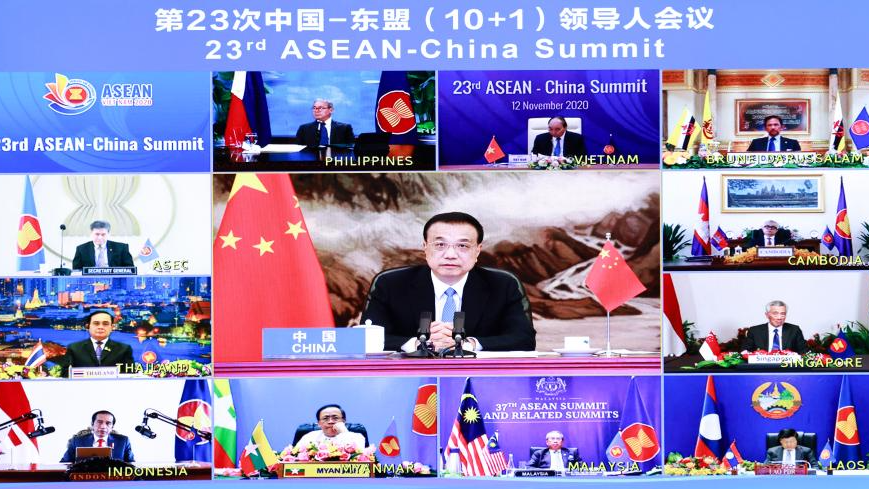 Chinese Premier Li Keqiang attends the 23rd China-ASEAN leaders' meeting, which is held via video link, at the Great Hall of the People in Beijing, China, November 12, 2020. /Xinhua

Chinese Premier Li Keqiang attends the 23rd China-ASEAN leaders' meeting, which is held via video link, at the Great Hall of the People in Beijing, China, November 12, 2020. /Xinhua

In the U.S. no matter who wins the election, when it comes to China, the word "cooperation" will be more prevalent than "competition." While hegemonic angst prevails in Washington, East Asian states are choosing the path of cooperation.

ASEAN-China ties are among the "most substantive partner relations" according to Nguyen Xuan Phuc, Vietnam's prime minister, who chaired the 23rd ASEAN-China Summit held online on November 12 between ASEAN leaders and Chinese Premier Li Keqiang.

At the summit Li Keqiang said that "China wishes to pursue multilateralism and free-trade with ASEAN." ASEAN-China relations have much to be upbeat about.

The ASEAN-China trade has benefited greatly since the U.S. trade war forced China to look to other regions.

ASEAN overtook the EU as China's largest trading partner in the first quarter of 2020 with a trade volume of $140 billion.

In the first-quarter figures, $14.9 billion worth of integrated circuits, such as chip capacitors and microprocessor chips, were imported from ASEAN countries by China, up to a 25 percent year-on-year increase.

While many of the electronic factories set up in ASEAN countries cater for Japanese and South Korean manufacturers, to circumvent U.S. dictates, they are interconnected in a web of economic relations between ASEAN-China.

For example, many of these factories use raw materials, expertise and technology from China and are also dependent on Chinese consumers.

This economic integration and mutual growth bodes well for the upcoming Regional Comprehensive Economic Partnership (RCEP) which is set to be signed on the final day of the 37th ASEAN Summit on November 15.

Over the next 20 years RCEP will create an integrated market by eliminating up to 90 percent of import tariffs and establish common rules for trade, intellectual property and e-commerce.

It will unite the economies of the 10 ASEAN nations plus Japan, China, South Korea, Australia, and New Zealand.

As such, it signifies a coming of age for the collective spirit of Asian-Pacific states to independently manage their own economic affairs.

China thus far has 15 bilateral Free Trade Agreements (FTA) with countries and regional blocks. In contrast, RCEP will be China's first multilateral FTA which shows that China is committed to global economic integration and multilateralism.

In the future India, if outstanding issues are resolved, could also join RCEP. This would provide another multilateral platform for cooperation between China and India which could help to cool down their border tensions.

Currently, India due to its $50 billion trade deficit with China, and fear of being flooded by cheaper products, is holding off from joining the RCEP.

The RCEP is really just a step in a far more comprehensive ASEAN-China relationship which is working hand in hand for the creation of a multilateral and multipolar form of globalization.

Looking at the "ASEAN Strategic Partnership Vision 2030" drawn up at the 21st ASEAN-China Summit in Singapore in 2018, there will be far more in store when it comes to the rise of Asia and cooperation between East Asian states.

Within the 2030 Vision ASEAN-China reaffirm the basic standards set by the South such as the "Five Principles of Peaceful Coexistence" which includes the principle of non-interference and territorial integrity which have long been denied to the South.

Much of the ASEAN-China shared vision, which covers development, trade, dispute resolution and socio-cultural cooperation, goes against the unipolar vision of the U.S.

For example, contrary to the U.S. predilection for casting the Belt and Road Initiative (BRI) as a neocolonial plan, all ASEAN states are in full agreement with the aims of BRI and also the Master Plan on ASEAN Connectivity 2025 (MPAC) which aims to seamlessly connect ASEAN countries with sustainable infrastructure.

Within the 2030 vision there is a specific nod to building people-centered globalization. Point Five specifically says that we "stand firm against growing protectionist and anti-globalization sentiments, and reaffirm that international trade and investment are important engines for sustainable economic growth and development, the reduction of social inequality, and securing a better future for our people."

In terms of the South China Sea (SCS) the 2030 Vision reiterates commitment to freedom of navigation in the SCS and to resolve the territorial and jurisdictional disputes by peaceful means, without resorting to the threat or use of force.

Importantly, for those who would want to spark a new cold war based on spreading Western political-economic norms, the ASEAN-China 2030 Vision reiterates that all states have the right to choose their own "independent choice of development paths."

The fact is that the U.S. will not be able to persuade South East Asia to unite against China's economic political system. There is too much integration, too many shared interests, too much cooperation, and too much to lose otherwise.