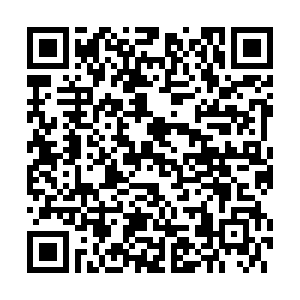 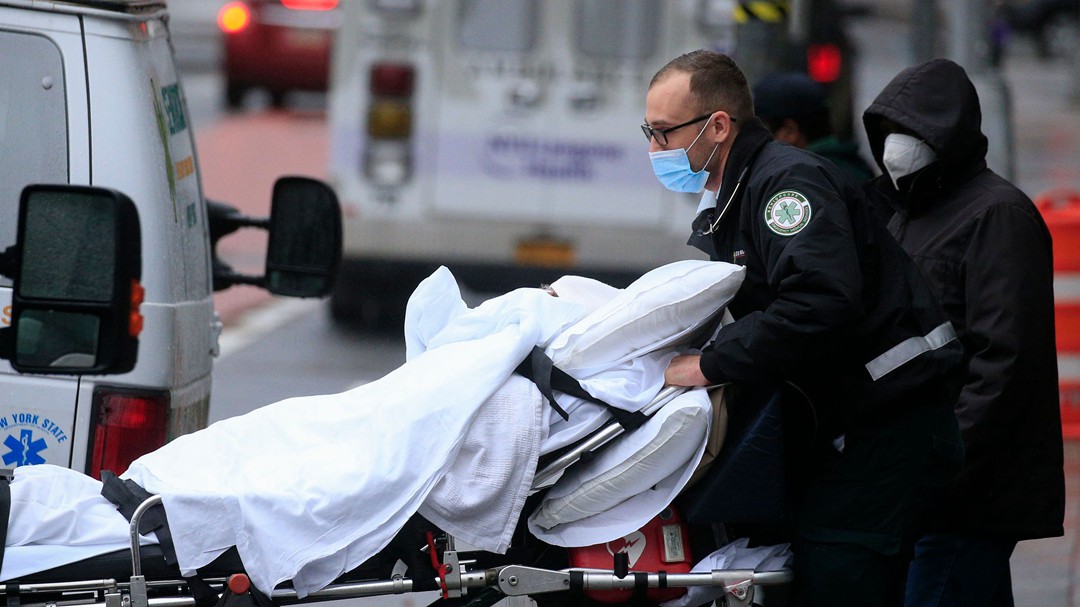 U.S. President-elect Joe Biden has pledged to make controlling the coronavirus a top priority and is likely to push for mask wearing mandates and more fiscal stimulus to keep businesses and workers afloat.

But in the two months until inauguration day on January 20, 2021, skyrocketing infections could add more than eight million more cases and 70,000 deaths, representing a potential 80-percent increase in infections and a 29-percent rise in deaths, according to Reuters calculations.

The only ways to change the outcome, experts said, are for President Donald Trump's outgoing administration to alter its strategy or state governments to introduce stricter and more coordinated measures. Colder weather adds to the challenge.

The first wave of the coronavirus in spring hit big coastal cities and nursing homes, and a second spread through more rural states.

The third wave is spreading virtually unchecked throughout much of the United States, which surpassed 10 million reported cases this week and more than 125,000 new cases on Wednesday. 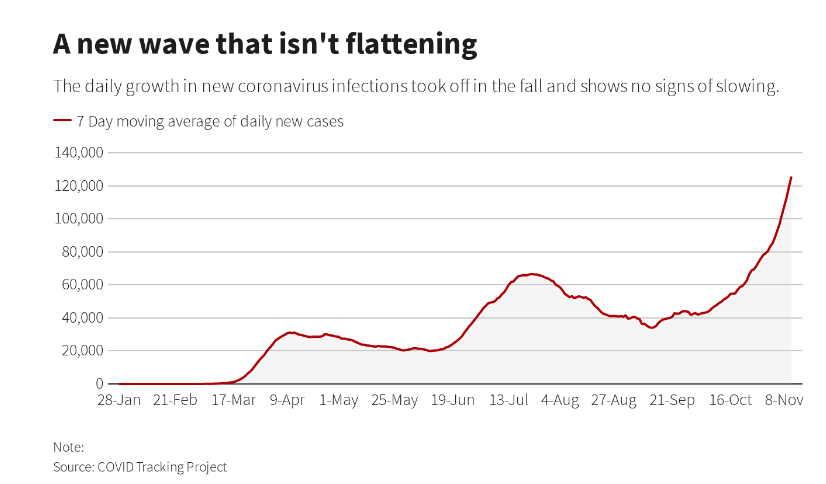 The country could report between eight million and 13 million more cases of COVID-19 between now and the inauguration, according to Reuters calculations based on early November daily case count and percentage growth trends. 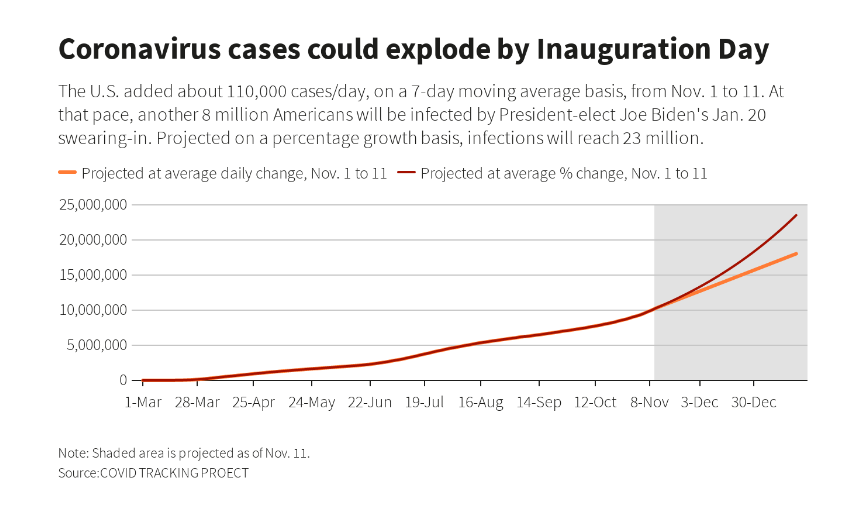 At the current daily rate of deaths, another 70,000 to 150,000 Americans may die between now and Inauguration Day, according to Reuters calculations. As of Wednesday, over 243,000 COVID-19 deaths were recorded in the United States. 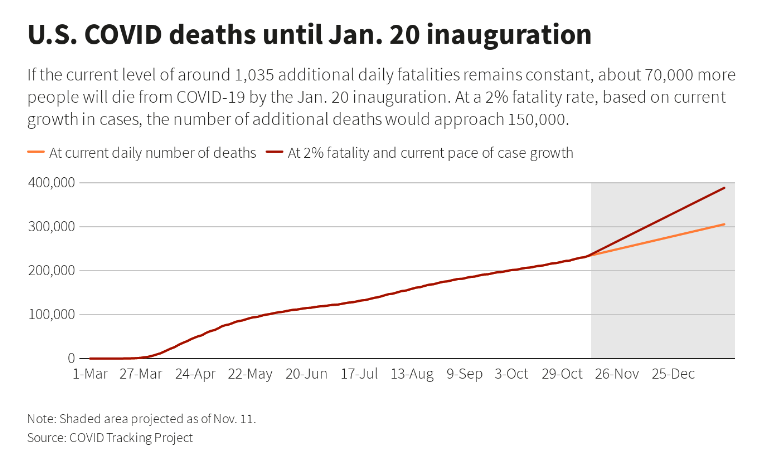 The Institute for Health Metrics and Evaluation (IHME) has a similar estimate of just over 360,000 coronavirus deaths on January 20 without any changes in mandates, an increase of 117,000 from November 12.

Trump has shown less involvement in the White House coronavirus task force in recent weeks as he focused on his re-election campaign and an effort to challenge votes in several states after the November 3 election.

Trump's coronavirus task force has been superseded by a multitude of regional task forces, "which is probably the least efficient solution, but better than nothing," said Greg Daco, chief economist from Oxford Economics.

U.S. states and cities announced a patchwork of new restrictions this week aimed at slowing the virus's spread.

A White House spokesman said the president's task force remains "focused on saving lives," and is "in constant contact with state and local jurisdictions and health care providers, and continues to promote common sense mitigation measures."

Since an election night party indoors at the White House where guests were mostly unmasked, several top Trump allies, including chief of staff Mark Meadows, have tested positive for coronavirus.

"We could be trying to figure out how to give people support to stay home" rather than go to work, said Gonsalves. "We could pay them to stay home, we could send out masks to every American household."

Economists and analysts have been reluctant to calculate how the third wave of infection could impact the U.S. economy if it continues unchecked, citing too many variables from the possibility of fiscal stimulus to renewed lockdown measures.

The economy is likely to re-accelerate next spring, many predicted, when a coronavirus vaccine is expected to be introduced, ushering in a new boom in consumer consumption.

Between now and then, though, the tone is increasingly grim.

"The pace of recovery is likely to get worse before it gets batter," Goldman Sachs analysts said in a note on Thursday. Fiscal support has "largely dried up" the analysts wrote, shrinking disposable income for the rest of the year.

If nothing changes between now and the presidential inauguration on January 20, "we may be in a very concerning, very alarming situation," Oxford's Daco said.