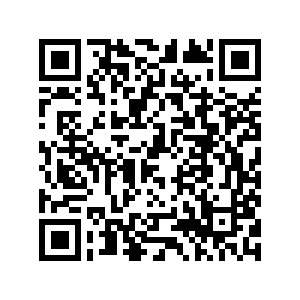 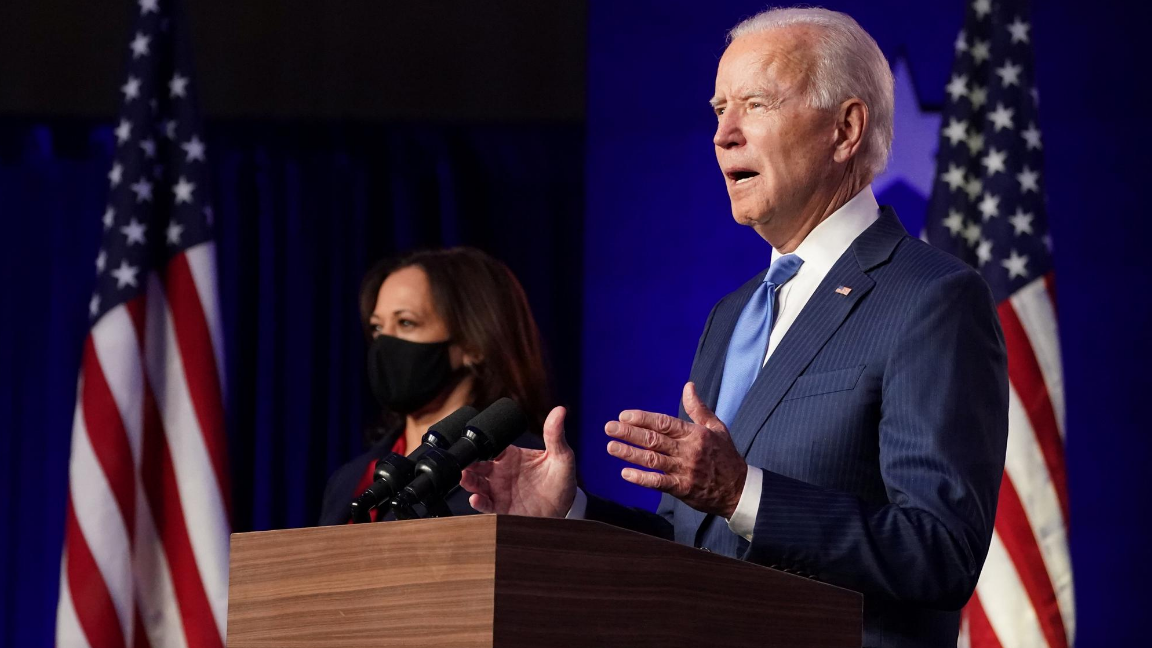 Editor's note: Anatole Kaletsky is chief economist and co-chairman of Gavekal Dragonomics and the author of Capitalism 4.0: The Birth of a New Economy in the Aftermath of Crisis. The article reflects the author's opinions, and not necessarily the views of CGTN.

The U.S. election has passed without any big surprises, and the enthusiastic reaction in global financial markets has been exactly what any economics textbook would predict if a predictable, conventional centrist replaced an erratic, extremist populist as U.S. president. Beyond investor psychology, there are several fundamental reasons that justify a Biden rally: the near-certainty of further fiscal stimulus in the short term; the high probability of pro-growth Keynesian demand management in the medium term; and the possibility of a global investment boom in new energy and transport technologies in the long term.

Yet most investors, economists and political pundits are skeptical about all these possibilities because of the Democrats' failure to retake control of the Senate. According to conventional wisdom, Biden will find himself immediately paralyzed because Republicans will follow the same playbook they used to sabotage Barack Obama's administration. After winning a House majority in 2010, Speaker John Boehner blocked almost all legislation, turning Obama into a lame-duck president for six of his eight years in office. Now the Senate, under GOP control since the 2014 midterm election, will again create gridlock and prevent pandemic relief, block fiscal expansion, and thwart new investment in energy or infrastructure.

But this is not the whole story. There are five new features of political dynamics in America that this gloomy conventional wisdom has overlooked.

First, a big COVID-19 relief bill is almost certain to pass Congress even before Biden is sworn in. Now that the election is over, the demands for government support from business lobbies will overwhelm Senate Republicans' obstructionism, while the Democrats must create conditions for a strong economic recovery in the first few months of Biden's term. Thus, there is every chance of a "quick and dirty" compromise, whereby Republicans agree to a package of slightly above $1 trillion, Democrats accept previously rejected conditions such as immunity for employers from liability for COVID-19, and Trump takes credit for the whole deal.

Second, when Biden becomes president, he will find it much easier to maintain public support for government spending and resist pressures for budget consolidation than Obama did after losing the House in 2010. The COVID-19 crisis has transformed public attitudes to government spending and borrowing. But even before the pandemic, voter interest in government debts and deficits was rapidly eroding, because the Trump administration's policies had clearly demonstrated that deficits did not cause the economic damage that conservative propagandists claimed. Republican efforts to resurrect the obsession with deficits, which served the party well in 2010, will go nowhere until well after the COVID-19 recession is over.

Third, a Republican Senate majority will not be the rock-solid monolith that many commentators suggest. While the Republicans will certainly unite to stop Biden from significantly raising taxes, McConnell will find it difficult to maintain 100 percent unanimity against a Biden fiscal stimulus plan, especially if the stimulus is delivered mainly through tax cuts for the middle class. A one- or two-seat Senate majority will also be insufficient to block expansionary public spending, especially if the Biden administration is clever about directing government investment at local projects in key senators' states.

In this respect, the Washington tradition of influencing Congressional votes with carefully targeted "pork-barrel spending" will benefit from Biden's 36-year record in the Senate. Biden starts with Washington experience and personal relationships unmatched by any president since Lyndon Johnson. The horse-trading that lies ahead could prove particularly effective in breaking Republican unity, because six of the 20 current GOP senators who will face voters in the 2022 election happen to represent swing states: Florida, Georgia, North Carolina, Ohio, Pennsylvania and Wisconsin. 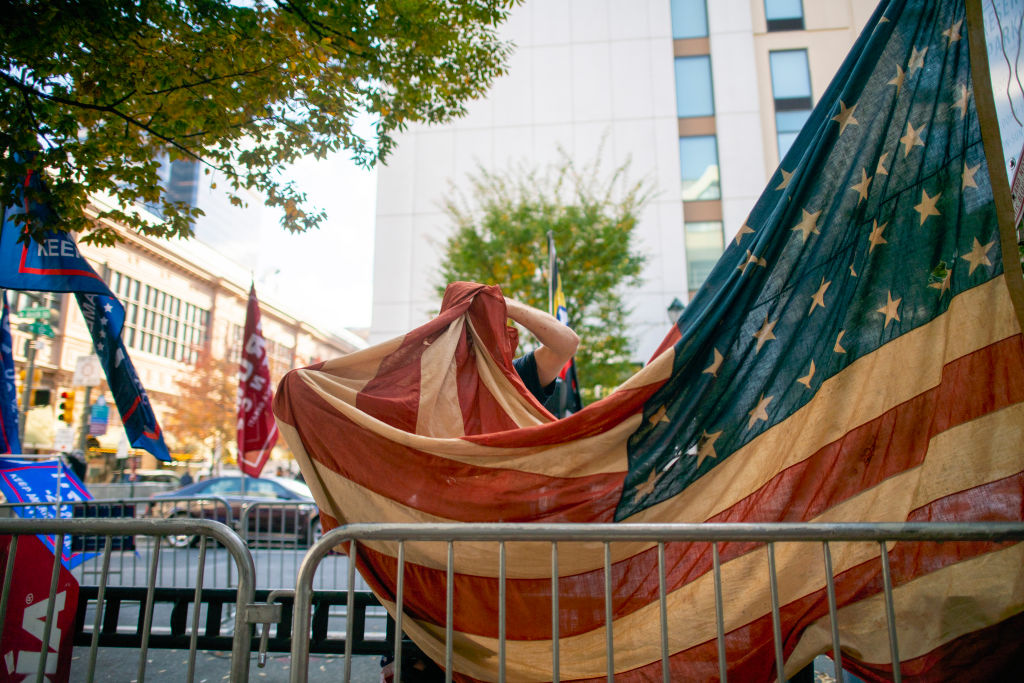 It is far from obvious that Senators who are running for re-election in states that have just voted for Biden, or have come close to doing so, will vote blindly against popular policies such as middle-class tax cuts or government spending in their own states, merely for the sake of party unity and sabotaging Biden. To make matters worse for the Republican leadership, at least three Senators who do not face re-election – Mitt Romney, Barbara Murkowski, and Susan Collins – are longstanding moderates with a record of compromise and crossing party lines. Since McConnell is aware of these challenges to party unity, he is likely to behave less obstructively, at least until the 2022 election, than he has in the past.

Fourth, a GOP Senate majority may not even exist. To keep control, Republicans must win at least one of the two Senate seats to be contested in Georgia on January 5. Now that Georgian voters have backed Biden, albeit by a razor-thin margin, it is doubtful they will reverse this decision in two months. Conventional wisdom assumes that Democrats will be less motivated to vote again, because winning the White House will lull them into complacency, while Republicans will be desperate to check the new president. But the opposite is just as likely. Democratic voters may be energized to an even bigger turnout by their unexpected victory, while Republicans may be so disillusioned that they stay at home. A lower Republican turnout is even more likely because Trump will no longer be on the ballot, and many of his fervent supporters may be less interested in voting for more conventional politicians.

Finally, a new kind of Trump disruption may soon hit U.S. politics, starting with the Senate election in Georgia. Trump plans to spend the next two months pursuing lawsuits, which few Republican politicians will, over time, support. Responding to this perceived betrayal, Trump could turn his fury as much against GOP "treason" as against Democrat "cheating." This means that Trump will be unlikely to campaign for the Republican Senate candidates in Georgia. And without the galvanizing effect of Trump's rallies, his hard-core base may not vote.

In short, Trump's refusal to accept defeat will make it harder for Republicans to keep Senate control. In the longer term, Trump's constitutional defiance could permanently split the American right between Trump's army of zealots and Republican politicians who still believe in an orderly transfer of power. With Trump railing against the "stab in the back" from GOP politicians who refuse to support his baseless fraud allegations – and possibly raging from the sidelines for years to come – the monolithic conservative unity that has paralyzed U.S. politics throughout this century may start to crumble.