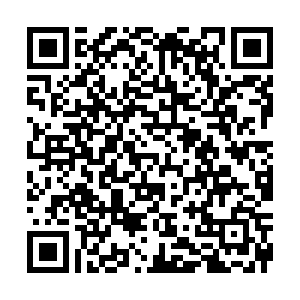 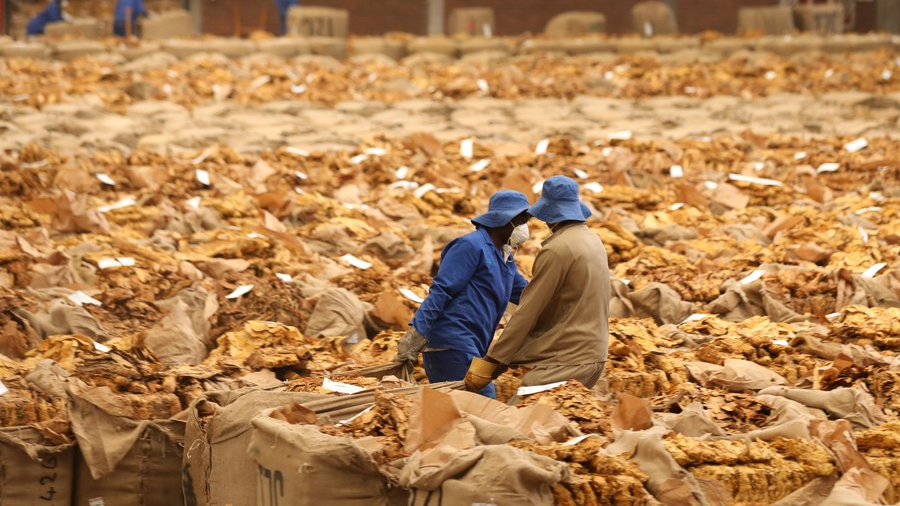 Workers in a tobacco market go about their work in Harare, capital of Zimbabwe, June 11, 2020. /Xinhua

Workers in a tobacco market go about their work in Harare, capital of Zimbabwe, June 11, 2020. /Xinhua

Africa has witnessed a geometric growth in population over the past five decades, increasing its headcount from 227 million in 1960 to more than one billion in 2018, half of whom will be below the age of 25 years by 2050. The continent's share in global population is projected to get off from 14 percent in 2018 to 23 percent in 2050.

Notwithstanding reporting relatively low cases of coronavirus, the world's largest free trade area and home to six of the world's fastest growing economies is set to register its first recession in a quarter-century. The expected decline of 3.3 percent in Africa's economic activity will likely cost at least $115 billion in output losses and push up to 40 million people into extreme poverty.

This fall will continue to take a huge toll on African economies and lives given the region accounts for only 3 percent of the global GDP. By better managing the population growth and enhancing integration into the global economy, Africa can still expand its middle class and raise total spending capacity to unwind the thorny predicament.

However, intensifying armed conflicts and insurgent attacks from terrorist outfits such as Boko Haram, Al-Qaeda, affiliates of Islamic State and separatist Tuaregs and organized crime pose serious threats to peace and stability. The devastating surge in radical spells could hold back Africa to truly tap its full economic potential.

Between January to August, Africa experienced 1,168 terrorist attacks at an accelerating pace of 18 percent compared to the same period of 2019. Whereas the extremists have grown their ability to launch and sustain military offensives, there is a need to disrupt their financial supply chain that helps them to extort money through illicit international networks, piracy activities, human trafficking and arms trade, etc.

The key goal to curb the resurfacing violent extremism can be achieved by strengthening the counter-terrorism initiatives like the African Union (AU) Mission in Somalia (AMISOM) and the Multinational Joint Task Force (MNJTF) against Boko Haram. 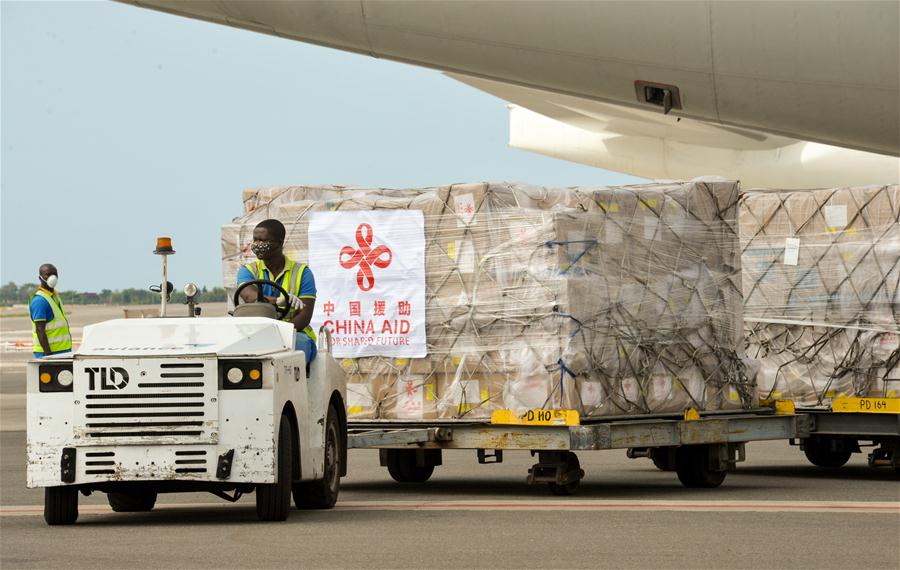 A staff member unloads Chinese medical supplies from an airplane at the Kotoka International Airport in Accra, capital of Ghana, April 6, 2020. /Xinhua

A staff member unloads Chinese medical supplies from an airplane at the Kotoka International Airport in Accra, capital of Ghana, April 6, 2020. /Xinhua

It is nevertheless crucial that any security assistance and military deployment in Africa should be implemented under an AU and a UN peacekeeping mission framework. As peace in the region is becoming a global challenge, it can only be ensured through international backing to prop up Africa's capability to fight the bloody strife.

More efficient governance, restoration of development aid and fixing climate change, which resulted in reduced arable land, increased local conflicts, can additionally ease off the continent's impasse and allow it to keep its focus on combating terrorism.

The other important thing is that Africa must not be used as a theater for regional influence to secure national security interests. Unilateral foreign interventions and mounting air strikes in the Sahel and Horn of Africa have killed a number of innocent civilians, triggering a backlash from the local population apart from pushing them to the terrorist groups for income and protection.

Aggravation of the peace situation in Africa is further exacerbated by collapsing economic numbers emanated from the COVID-19 pandemic. Since desertification, unemployment, lack of basic facilities and underdevelopment would make the conditions more vulnerable, the region can find itself in dire straits without resolving these grassroots problems.

Twenty years ago, China figured out Africa's riddle and established the Forum on China-Africa Cooperation (FOCAC) to bring peace in the region through development and cooperation. The bilateral relation was further invigorated via infrastructure building, investment and lending under the Belt and Road Initiative (BRI).

In 2019, the trade between China and Africa increased 20-fold to $208.7 billion with Chinese foreign direct investment (FDI) posting a 100-fold surge at $49.1 billion since entering into the FOCAC. During this period, Beijing built 6,000 km each of roads and rail networks, nearly 20 ports and more than 80 major power plants, and dozens of medical and sport facilities as well as schools in almost all African countries.

Other than these efforts, Beijing is encouraging Chinese tech and investment companies and business individuals to ramp up the two-way technological and investment cooperation. It is also supporting Africa to modernize its agriculture and industrialization drive and has pledged to work with the international community in Africa's integration into the global industrial and supply chains.

On one side, the steps to jack up trade and tweak infrastructure would help to address Africa's critical structural inequalities including poverty; on the other, the agricultural, economic and industrialization measures will protect Africa from overpowering impacts of climate change, uplift its GDP and contribute to peace and stability by blocking youth bulges from joining terrorist organizations.

A balanced composition of military and economic resources therefore can deracinate Africa's deep-seated ethnic and religious divide. While the continent's counter-terrorism operations would gain a boost from a holistic international approach, African development and integration into the global economy will be handy to mitigate the risks of the imminent economic crisis, adolescence drift toward extremism, food insecurity and internal migration.