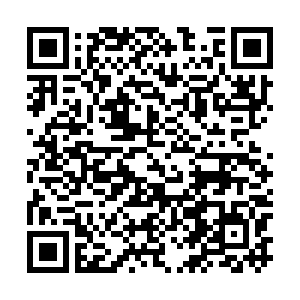 "This agreement covers the largest population any free trade deal has covered so far and has the most potential among global trade deals. It can be said that this agreement is the most important achievement of regional economic integration and trade and investment liberalization in East Asia over the past 20 years," Wang said.

After a drawn-out slog of eight years, the world's biggest free trade pact measured in terms of GDP was sealed by 15 Asia-Pacific nations on Sunday.

"RCEP is a comprehensive agreement. It covers 20 chapters, including not only the market access of goods trade, service trade and investment but also a large number of regulations, such as trade facilitation, intellectual property rights, e-commerce, competition policy and government procurement. It can be said that the agreement covers all aspects of trade and investment liberalization and facilitation," Wang said.

"RCEP is a high-quality agreement. The total number of zero-tariff products in trade in goods exceeds 90 percent. The level of service trade and investment liberalization is significantly higher than the original "10+1" free trade agreement. At the same time, RCEP added a free-trade relationship between China and Japan, Japan and South Korea, which has significantly upgraded free trade in the region."

"But the agreement takes into account the demands of all parties to the greatest extent and strikes a balance of interests in the areas of market access and regulations such as goods, services and investment," he said.

A third of the world's GDP under one umbrella

The vice minister said the signing of the RCEP marks a new milestone in East Asia's regional economic integration.

The total population, economies, and trade of the 15 RCEP member states account for about 30 percent of the global total, which means that about one-third of the world's GDP is now a part of an integrated market.

According to Wang, "This will greatly boost regional trade and investment confidence, strengthen the industrial chain and supply chain and enhance the ability of all parties to cooperate in fighting the COVID-19 pandemic, thus spurring the economic recovery of various countries and promoting the long-term prosperity and development of the region."

RCEP supports the liberalization and facilitation of trade and investment with practical actions, which will boost the confidence of the global economy, Wang said.

"The signing of RCEP shows that all members are committed to lowering tariffs, opening markets and reducing standard barriers, sending a strong signal against unilateralism and protectionism," he said.

RCEP is set to help China accelerate the formation of a new development pattern. The signing of RCEP will help expand China's export market, meet the needs of domestic import needs and beef up the regional industrial and supply chains. It will also help form a new growth pattern that takes the domestic market as the mainstay and allows domestic and foreign markets to boost each other, said Wang.

How does it get approved?

To bring RCEP into effect entails gaining approval from at least nine out of the 15 member states. The quorum must include six ASEAN member states and at least three of the following countries: China, Japan, South Korea, Australia and New Zealand, Wang said.

"RCEP members are poised to perform their own domestic procedures and strive to practice the agreement at an early stage. China will also work with all parties to make the RCEP agreement benefit businesses and people in the region as soon as possible," the senior official said.