Couriers do more and earn less during Double 11
Zong Shukang 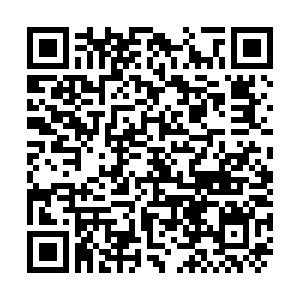 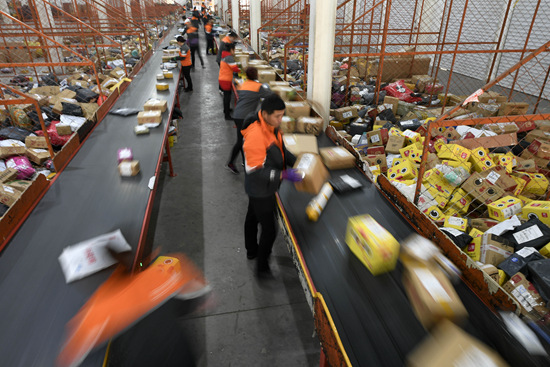 Workers of a courier company are sorting express items. /Xinhua

Workers of a courier company are sorting express items. /Xinhua

During the Double Eleven shopping festival this year, the number of temporary workers employed by major express companies in China has increased by 490,000 to deliver packages faster to users, while their income is relatively low, China Central Television (CCTV) revealed on Saturday.

Where do the large number of temporary workers come from?

How is their income?

What are the overall living conditions of the couriers?

Such questions have become a matter of concern in China.

At an STO Express delivery center in Hefei city, Anhui province, to cope with the huge cargo brought by the ultra-long version of "Double 11", the staff here have been rotating 24 hours a day over half a month.

"We currently handle about 570,000 to 600,000 packages every day. Our own employees are not able to finish other work. So we recruit some temporary staff to do the extra work, such as placing and arranging goods," Wang Wei, manager of the transfer center, told reporters.

Shen Cheng, a 19-year-old college student, is one of the temporary workers at this transfer point for the night shift. 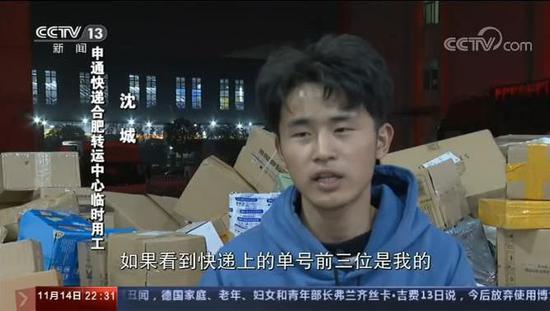 He works 12 hours a day, with an hourly wage of 17 yuan ($2.58), with 50 minutes of rest in between. His main job is to keep staring at the courier number on the track and quickly pick out the packages sent to his area.

At 05:00 a.m. every day, he starts a day's work. Like more than 3 million couriers in China, his monthly income depends on the number of packages received and delivered that month. 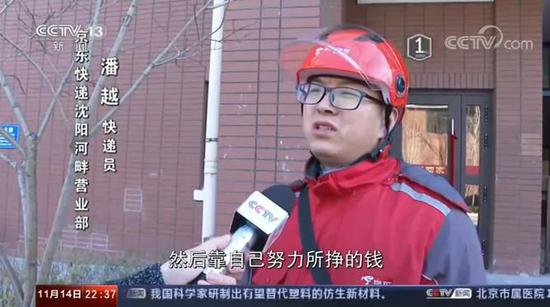 "If you want to make more money, run fast, and send more pieces", he said.

Luckily, Pan works at a directly-operated delivery site, where he can directly sign a labor contract with the express company's headquarters. However, in the current express delivery industry, most sites are operated by franchising, that is, franchised operators contract the basic sites of express companies and then hire couriers and operate independently.

In that case, if the franchise express delivery sites go bankrupt due to poor management, couriers who work at such sites and have not signed a labor contract with the headquarters are usually to face labor disputes and are usually owed part of their wages after the site was shut down. 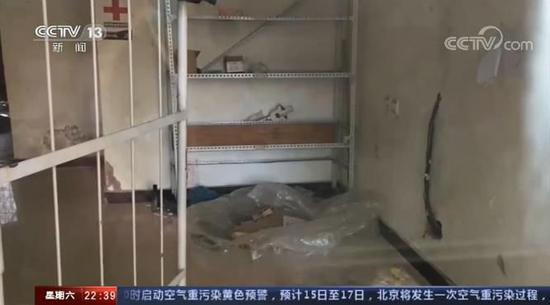 One of the abandoned express franchise sites /CGTN Screenshot

One of the abandoned express franchise sites /CGTN Screenshot

The low-price mode competition in the express industry

Since the cost of express transportation and sorting is difficult to reduce in a short time, reducing labor cost means that wages have become the main means of price wars.

Yiwu city of Zhejiang Province is China's largest distribution center for small commodities, and this year it surpassed Guangzhou to become the country's largest city in express delivery volume.

It has always been a battleground for express companies. The severity of this year's price war is really rare, and the courier fee dropped again and again.

"In order to retain employees, some courier outlets who did not reduce the courier's wages could only operate at a loss", he added. 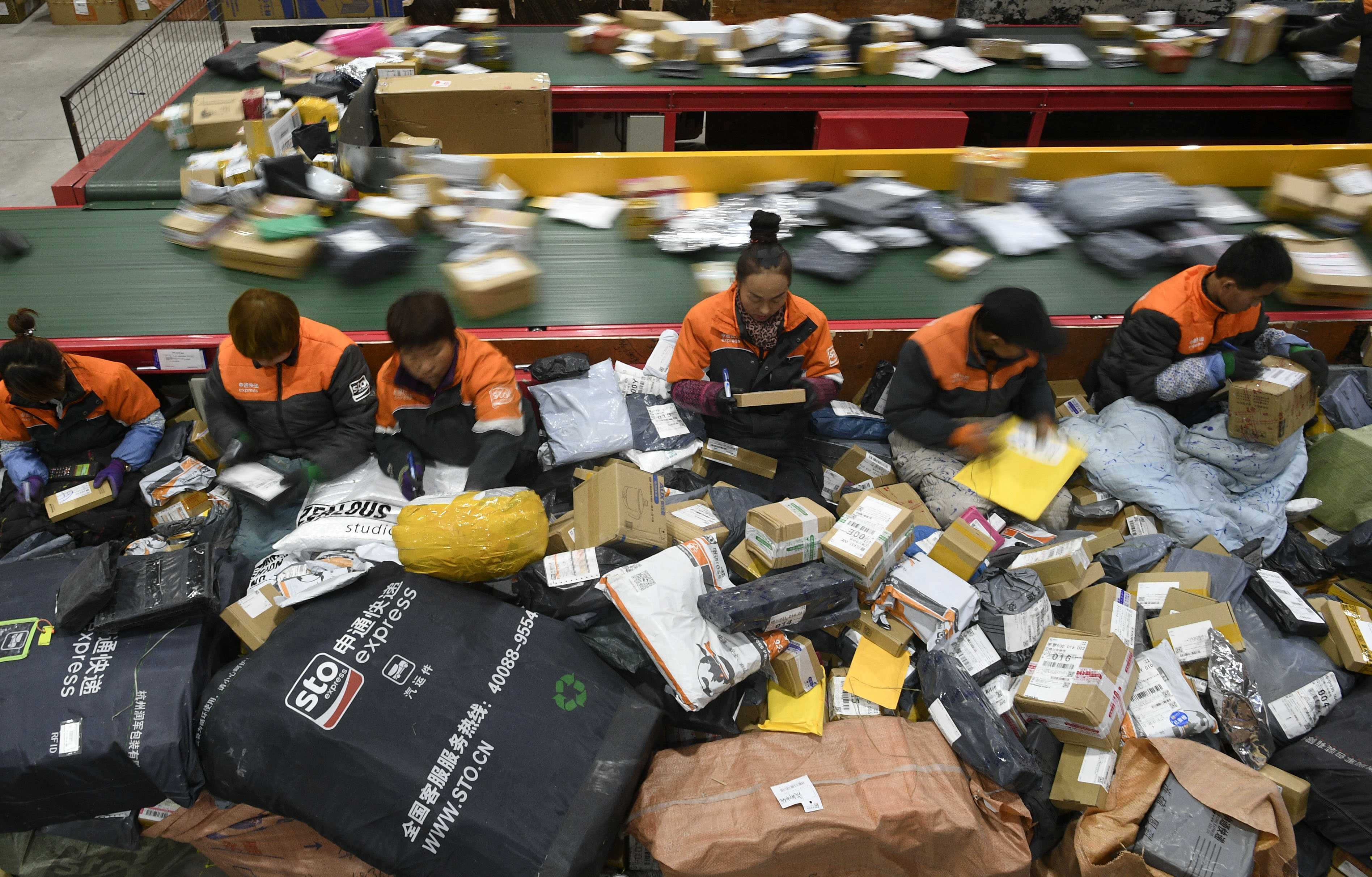 The staff of a courier company is sorting express items. /Xinhua

The staff of a courier company is sorting express items. /Xinhua

Wang Dongsheng, deputy director of the Market Regulation Department of Yiwu Post Administration, said that the price competition in the express delivery industry is not allowed to sacrifice the couriers' interests. Once found, we will stop this behavior, he stated.

"Fortunately, the headquarters of various express companies spontaneously began to adjust and increase distribution fees since July this year," he added.

Yang Daqing, deputy director of the Research Office of the China Federation of Logistics and Purchasing, said: "We need to gradually establish and improve the labor union system, so as to better protect the legitimate rights and interests of migrant workers in the express delivery industry."

He added that China's express service industry is in a critical period of quality improvement. If express delivery companies want to truly capture the market and win word of mouth, the couriers may be the most important group.

"Especially since the epidemic this year, many express deliverymen in the epidemic area still insist on delivering. In fact, they have made a great contribution to this society", Yang highlighted.

Statistics from China's State Post Bureau show that calculated on the basis of nearly 4 million express delivery employees across the country, temporary labor (490,000) has exceeded 10 percent.