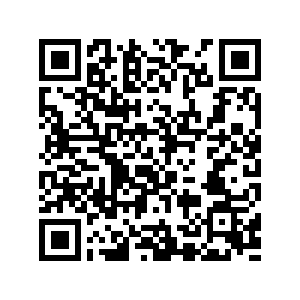 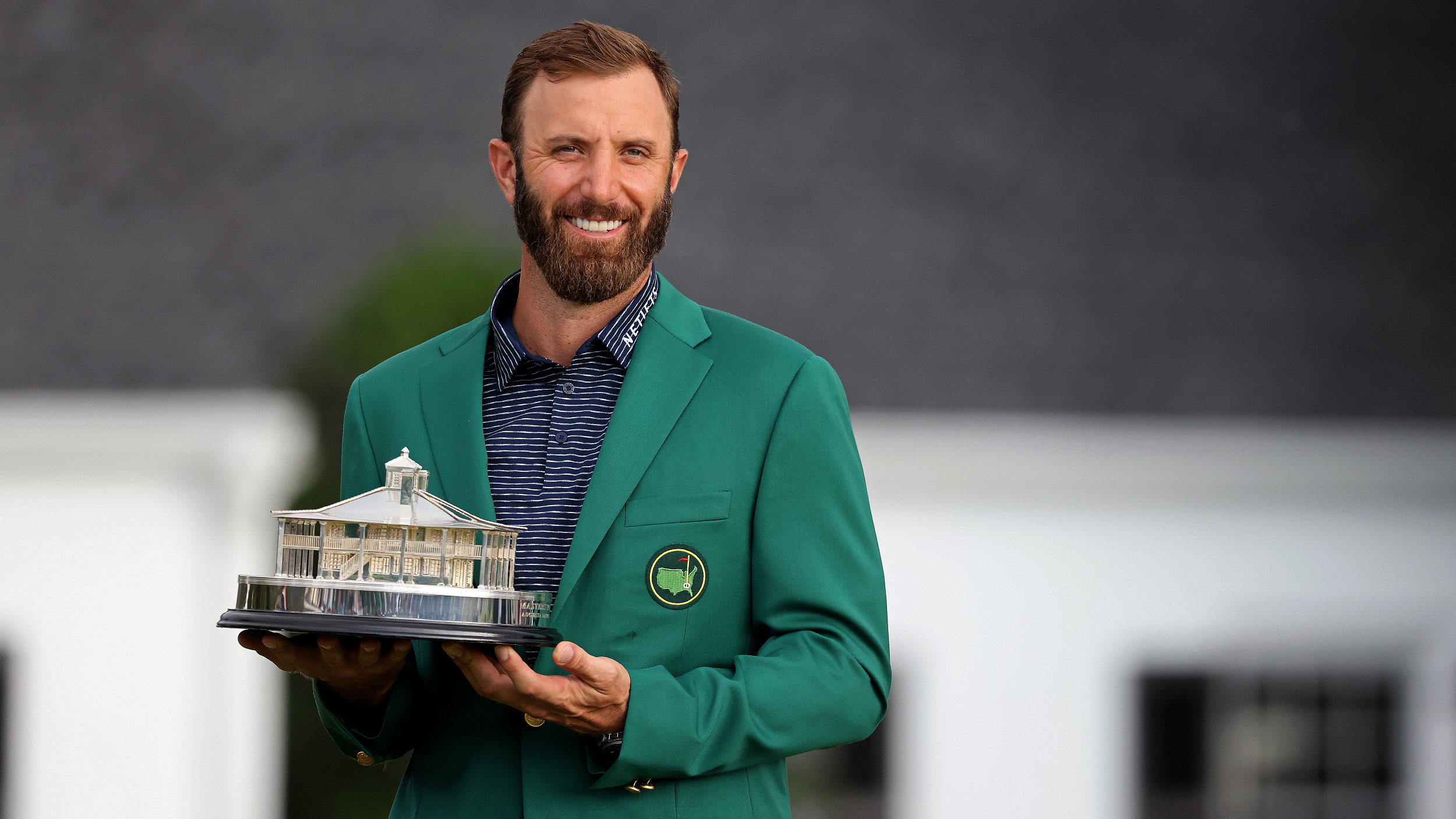 Dustin Johnson celebates with his trophy after winning the Masters at Augusta National Golf Club in Augusta, U.S., November 15, 2020. /CFP

Dustin Johnson celebates with his trophy after winning the Masters at Augusta National Golf Club in Augusta, U.S., November 15, 2020. /CFP

In this one-of-a-kind Masters that had no fans and no roars, Dustin Johnson made sure it had no drama. And when he polished off his five-shot victory Sunday with lowest score in tournament history, he had no words, but only tears.

Looking smart in his Masters green jacket he dreamed his whole life of winning, Johnson spoke to a small gathering on the putting green in absence of the official ceremony, but only briefly. In control of every aspect of his game on a course that never allows anyone to relax, he couldn't speak when it was over. Instead, he turned to wipe his eyes.

"I've never had this much trouble gathering myself," Johnson finally said. "On the golf course, I'm pretty good at it."

No one was better. Not even close.

Johnson overcame a nervous start that conjured memories of past majors he failed to finish off, and then delivered a command performance that added his own touch to a Masters unlike another.

Because of the COVID-19 pandemic, it was the first played in November. It was the first without ropes and without roars because patrons were not allowed, only one guest for each player, coaches, Augusta National members and officials.

Leading by two shots heading into Amen Corner, the world's No. 1 player got through the 12th hole – where Tiger Woods earlier hit three balls in Rae's Creek and made 10 – and then ran off three straight birdies to pull away from Cameron Smith and Sungjae Im, the only players who had a chance.

He had only four bogeys in 72 holes, another record, this one held by Jack Nicklaus and Jimmy Demaret. He missed only 12 greens all week, a record last set by Woods.

All that mattered was that green jacket. Nothing ever comes easily for Johnson in the majors. Nothing looked so natural as seeing Woods, the defending champion, help him into that size 42 long in Butler Cabin.

"Having Tiger put it on was awesome. You wouldn't want it any other way," Johnson said. And then he smiled before adding, "But any guy could put it on me and I'd be just fine." 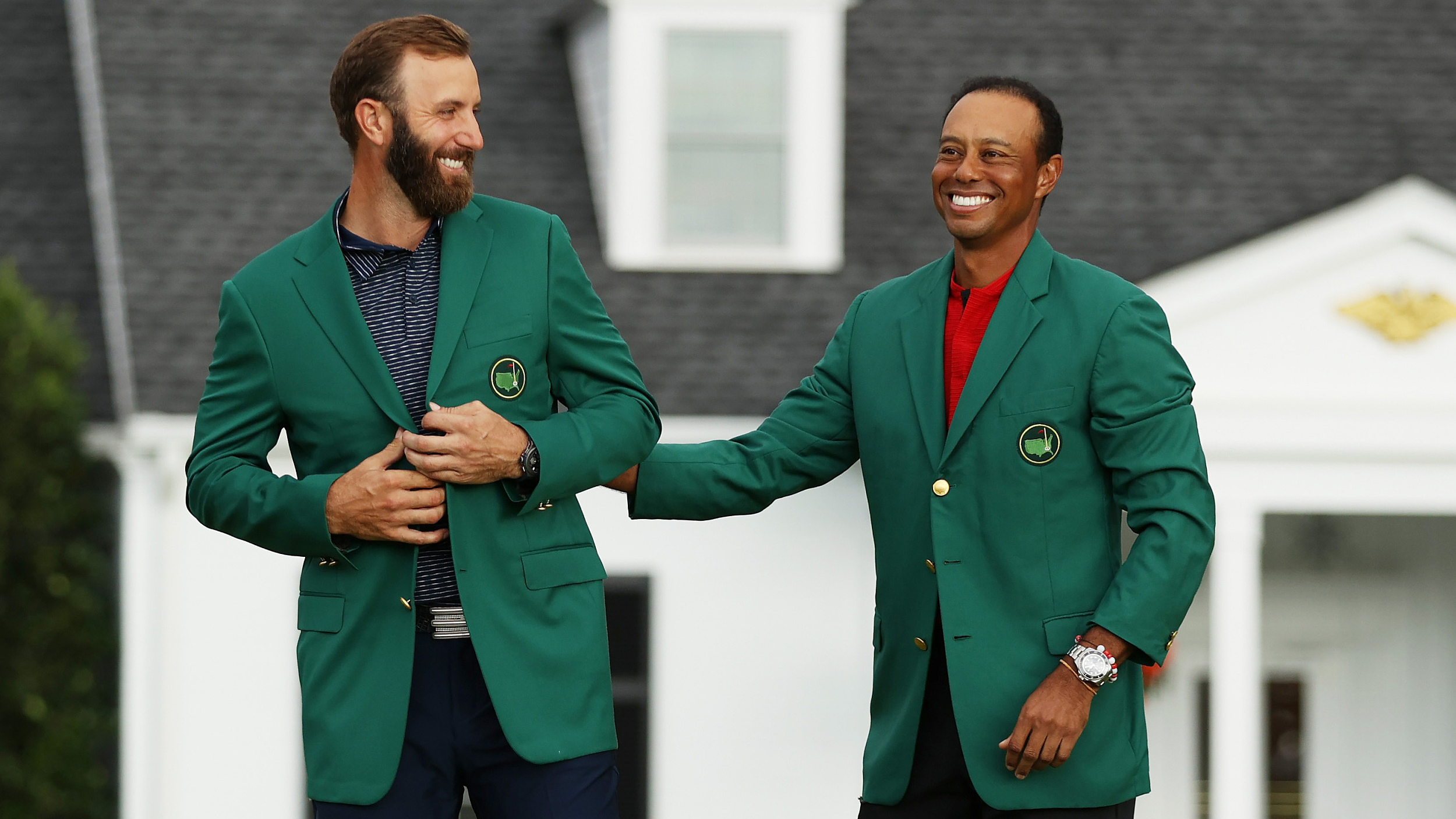 His five-shot victory was the largest at the Masters since Woods won by 12 in 1997. All that was missing were the roars from a crowd for any of his pivotal putts early and his birdie putts on the back nine that put it away.

It wasn't the loneliest walk up the hill to the 18th green. About 250 people offering warm applause and partner Paulina Gretzky rushed onto the green to celebrate with Johnson and his brother, caddie Austin Johnson.

Johnson now has two majors to go along with his 25 victories worldwide, a combination that validates him as one of the greats of his generation.

Gone are the doubts that he could hold a lead in the major on the final day. Four times he had gone into the final round with at least a share of the lead without winning. Johnson had questions, too. His only major was the U.S. Open at Oakmont in 2016 when he rallied from four shots behind.

"I'm sure a lot of you all think ... there were doubts in my mind, just because I had been there. I'm in this position a lot of times," Johnson said. "When am I going to have the lead and finishing off a major? It definitely proved that I can do it."

There were some nervous moments early.

Johnson's four-shot lead was reduced to one after five holes, and then he quickly restored control with an 8-iron to 6 feet on the top shelf on the right corner of the green at the par-3 sixth for birdie. That restored his lead to three shots when Im missed a 3-foot par putt. Smith was the only one who was closer than two the rest of the way.

Smith got quite the consolation. He became the first player in Masters history to post all four rounds in the 60s, and all it got him was a silver medal.

"I thought I'd have a decent shot if I got to Dustin's original score at the start of the day, 16 under," Smith said. "I knew I had to put the pressure on early. Got out of the gates pretty good and DJ was just too good at the end."

Johnson became the 12th Masters champion to never trail after any round, and his closing 68 broke another record held by Woods – it was his 11th consecutive subpar round at Augusta National.