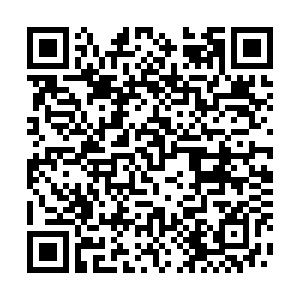 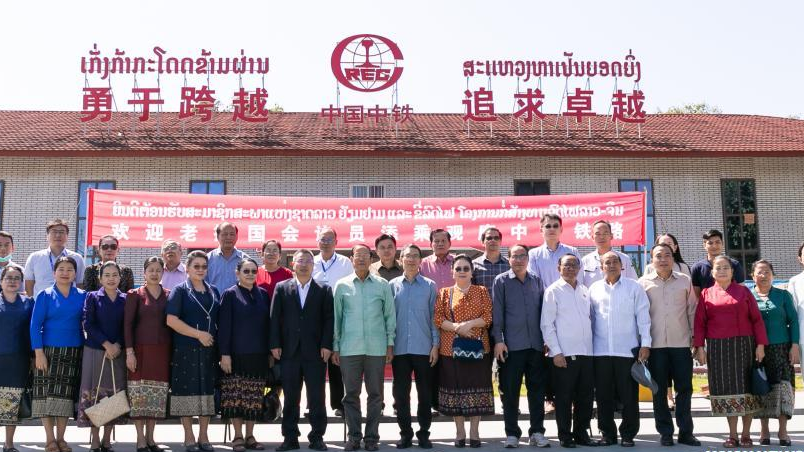 A group photo of members of the National Assembly (NA) of Laos with Chinese engineers in Vientiane, capital of Laos, November 14, 2020. /Xinhua

A group photo of members of the National Assembly (NA) of Laos with Chinese engineers in Vientiane, capital of Laos, November 14, 2020. /Xinhua

An observation group of 55 Lao National Assembly (NA) members visited the China-Laos railway rail-welding yard and took a trial train tour to observe and exchange views on the construction of the railway on Saturday.

Xiao Qianwen, general manager of the Laos-China Railway Co., Ltd., a joint venture based in Lao capital Vientiane undertaking the construction and operation of the railway, said on Saturday that the company will build the railway into the road of development, friendship and happiness.

Saithong Keoduangdy, chairman of the NA Law Committee, spoke highly of the achievements of the railway construction. He said that the Laos-China Railway is a long-awaited road of dream for the people of Laos, and it is also a strategic cooperation project between the two countries.

Its opening to traffic next year will improve the living standards of the people along the railway, will increase employment, and help the Lao people walk on their way to prosperity, he said.

The Lao NA group leader also said the National Assembly will actively strengthen publicity and mobilization, to improve the Lao people's awareness to care and protect the railway and ensure the safety of railway traffic.

The China-Laos Railway is a strategic docking project between the China-proposed Belt and Road Initiative and Laos' strategy to convert from a landlocked country to a land-linked hub.

The 422-km-long railway, with 198-km-long 75 tunnels and 62-km-long bridges, will run from Boten border gate in northern Laos, bordering China, to Vientiane with an operating speed of 160 km per hour.

The electrified passenger and cargo railway is built with the full application of Chinese management and technical standards.