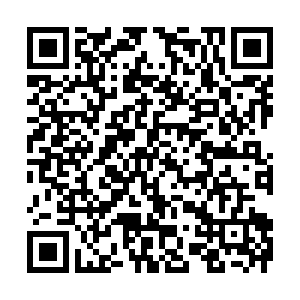 U.S. President Donald Trump said on Twitter on Sunday he would soon file "big cases" challenging the results of the 2020 election, in which Joe Biden declared victory. But at the same time, the Trump campaign dropped a major part of a lawsuit it brought seeking to halt Pennsylvania from certifying its results in the election.

Trump did not specify if his campaign would file new lawsuits but said on Twitter "our big cases showing the unconstitutionality of the 2020 Election, & the outrage of things that were done to change the outcome, will soon be filed!"

However, in an amended complaint filed in federal court, the Trump campaign dropped a claim that election officials unlawfully blocked observers from watching the counting of mail-in ballots in Philadelphia and Pittsburgh.

The pared-down lawsuit now only focuses on a claim that Democratic-leaning counties unlawfully allowed voters to fix errors in their mail-in ballots in violation of state law.

This narrowed-down version of the lawsuit can hardly have any effects on the outcome of the election, as the dispute only affects a small number of ballots in the state, where Democrat Joe Biden is projected to win by more than 60,000 votes.

Pennsylvania officials have asked a judge in toss Trump's lawsuit, saying the election observers were allowed to assess the processing of mail-in ballots and that all of the state's counties were permitted to inform residents if their mailed-in ballots were deficient, even if it was not mandatory for them to do so.

In Pennsylvania's populous Montgomery County, less than 100 voters fixed ballots with technical errors, a county official testified at a court hearing on November 4.

Trump said in an earlier tweet that he concedes "nothing."

"He won because the Election was Rigged," Trump wrote, not mentioning Biden by name, adding a list of complaints about vote counting. About 90 minutes later, Trump wrote, "He only won in the eyes of the FAKE NEWS MEDIA. I concede NOTHING! We have a long way to go. This was a RIGGED ELECTION!" "WE WILL WIN!" he added.

Biden focused on the coronavirus pandemic, setting meetings with vaccine developers as the crisis intensifies.

The number of U.S. coronavirus cases passed 11 million on Sunday, a million more new cases than a week ago and the fastest increase since the pandemic began.

More than a week after Biden was declared the projected victor by major news organizations based on state-by-state vote counts, the General Services Administration still has not recognized him as president-elect, preventing his team from gaining access to government office space and funding normally afforded to an incoming administration to ensure a smooth transition.