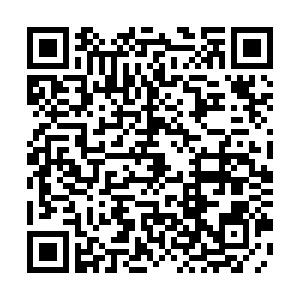 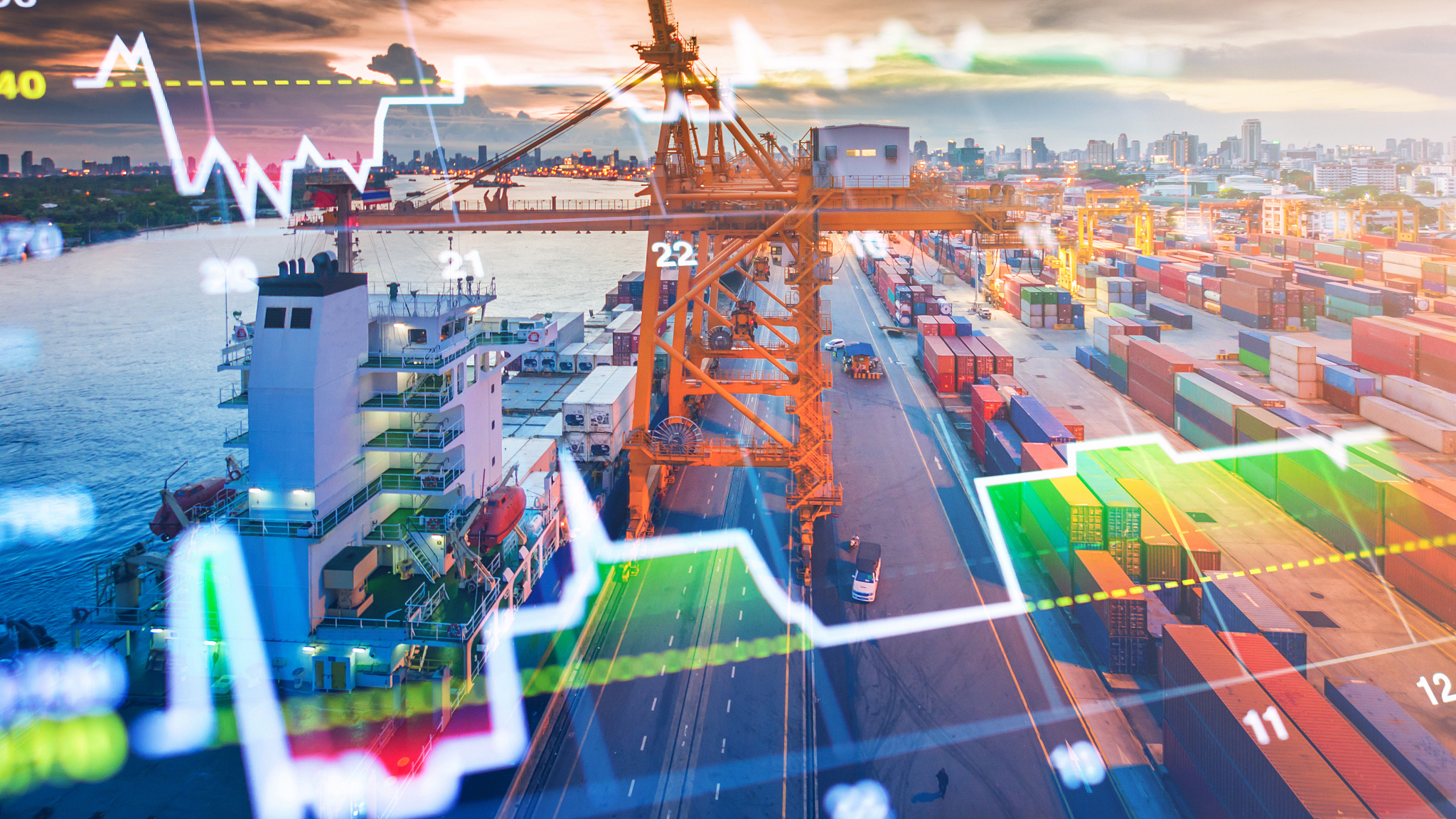 Editor's note: Alessandro Golombiewski Teixeira is a national thousand-talent distinguished professor of public policy at Tsinghua University's School of Public Policy and Management and a professor of international business at Schwarzman College in Tsinghua. He is a former special economic adviser to the president of Brazil and former minister of tourism, and minister of development, industry and foreign trade of Brazil. He was also president of the World Investment Association, WAIPA. The article reflects the author's views, not necessarily those of CGTN.

The Association of Southeast Asian Nations (ASEAN) summit series held digitally on November 11 has displayed the region's reluctance to be "drawn into the maelstroms" – rising unilateralism, isolationism and confrontation – that have been tearing across the world. Instead, the ASEAN summit proved to be a breath of fresh air as participating nations overcame their raft of differences to find a way to deepen cooperation.

The ASEAN summit has taken on new importance following the COVID-19 pandemic. This year's economic crisis has made clear that the role of governments and trade in mitigating the crippling economic cost is not a luxury, but an imperative for all nations. Asian economies are expected to end the year in negative territory for the first time since the 1960s, according to a new report by the Asian Development Bank.

At the close of the summit, 15 vibrant Asia-Pacific economies signed the Regional Comprehensive Economic Partnership (RCEP) free-trade deal. Not only will the pact bolster the bloc as a much more coherent trading zone, but the benefit of closer trade ties should ripple across many facets of regional cooperation. Where in the past relations between Asia-Pacific nations would orbit and be mediated by the U.S., the RCEP pact has been seen by certain analysts as supplanting a now-defunct Washington-led initiative. Today, the U.S. sits outside both the RCEP and TPP – the main trading groups in Asia – following President Donald Trump's withdrawal in 2017.

Ultimately, the 2020 ASEAN summits and trade pact place ASEAN countries in the driving seat of future agenda setting and conflict resolution in the Asia Pacific region.

The RCEP was signed after almost a decade of negotiation and involves the 10-member states of the ASEAN bloc as well as five of their FTA partners, in Australia, China, Japan, New Zealand, and South Korea. Without any form of U.S. participation in the bloc and U.S. influence slides, a new Biden administration will be carefully rethinking Washington's future engagement. In the meantime, the RCEP looks to cement China as the primary economic partner in South East Asia, Japan and South Korea. 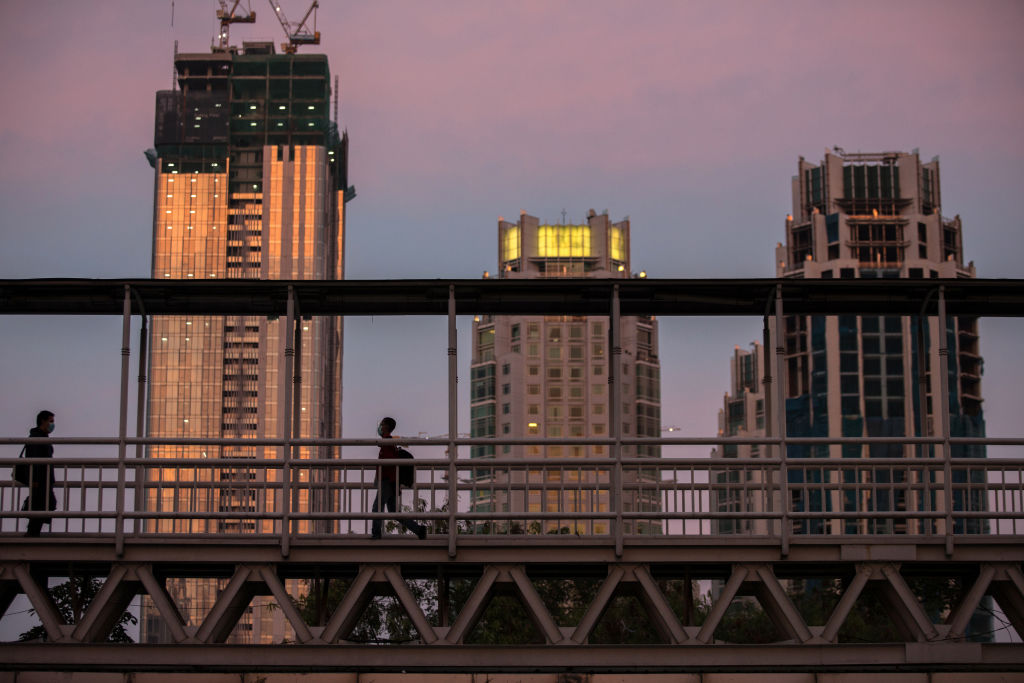 A pedestrian bridge in the Central Business District in Jakarta, September 25, 2020. /Getty

A pedestrian bridge in the Central Business District in Jakarta, September 25, 2020. /Getty

Such a trade bloc offers a huge potential boost for signatories to advance future trade. The ASEAN economies are growing rapidly from a base level with plenty of room for further growth. China, for one, is well aware of the many opportunities deriving from rising consumption levels as development leapfrogs ahead through the careful deployment of digital innovation and internet economy tools. A diverse range of sectors including labor-intensive manufacturing, infrastructure, services, consumer markets, and other components of the new economy stand to gain significantly.

During this month's summit series, the 15th East Asia Commemorative Summit was held digitally to discuss shared issues facing the Indo-Pacific region. Regional geopolitics such as friction in the South China Sea have taken a backseat. Instead, the discussion offered a platform for ASEAN countries to deepen relationships with each other, and particularly with China. Many countries in the region will rely on China's economic largesse for infrastructure and other development needs even more after the wake of the pandemic.

As Europe and the U.S. economies continue to be throttled by pandemic lockdowns, ASEAN countries are largely emerging from the pandemic and looking for new sources of growth. This year's first-quarter economic outlook in China and ASEAN countries was significantly dampened by COVID-19. Yet by the second quarter, increased trade with ASEAN helped China's GDP to exceed many analysts' predictions.

But several of the signatories are still battling with pandemic outbreaks and see the RCEP as a way to boost the economy by lowering the costs of trading with regional partners. Indonesia fell into its first recession for two decades while in the Philippines the economy shrunk by 11.5 percent year on year in the most recent quarter. Aside from cost benefits, the pact is an important step in helping lower barriers for companies to export products anywhere in the bloc without the need to adhere to separate requirements for each country.

Overall, the ASEAN summit and RCEP trade deal are connecting regional supply chains and supporting less developed markets with new growth opportunities. The timing of the deal is also no coincidence. COVID-19 has strengthened the will of signatories to more fully integrate themselves in the wider Asia-Pacific region with a more open and decentralized approach.