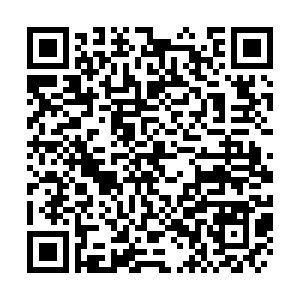 No press conferences were held, depriving journalists of an opportunity to ask Macron's office, his Foreign Minister Jean-Yves Le Drian or Pompeo about whether they discussed their conflicting interpretations of the U.S. election result. Unusually, Le Drian met Pompeo at the Elysee Palace, rather than his own office.

Pompeo tweeted a photo of himself wearing a Stars and Stripes face mask in the meeting with "my good friend" Le Drian and said they had an "important discussion."

"There is no challenge we cannot conquer when the U.S.-France Transatlantic relationship is strong," he tweeted.

Officials in Pompeo's team said French authorities told them that no press access was possible due to concerns over the pandemic.

Before meeting Macron and Le Drian, Pompeo laid a bouquet of red, white and blue flowers at a memorial to victims of terrorism at a Paris landmark, the Hotel des Invalides. 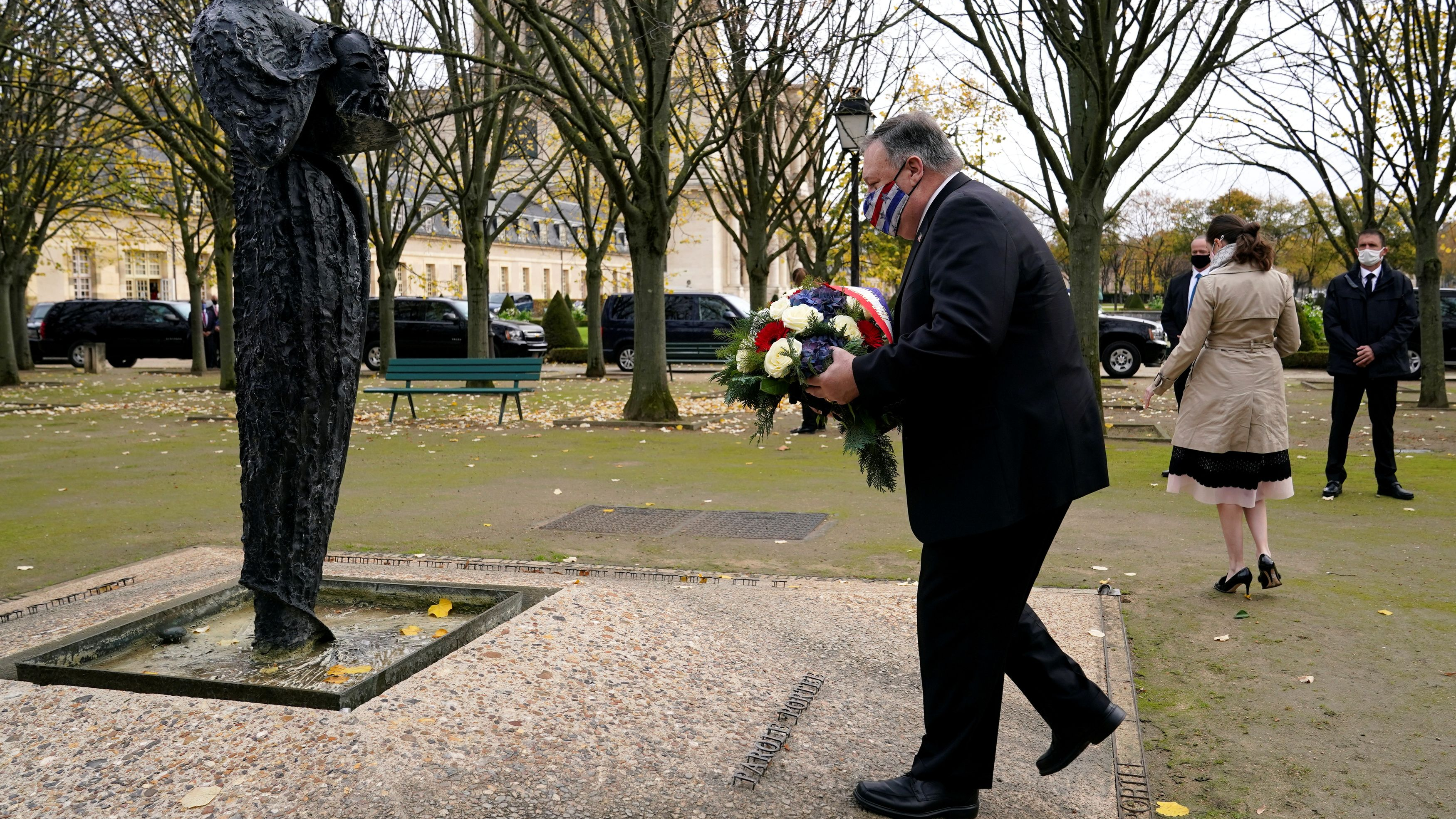 U.S. Secretary of State Mike Pompeo participates in a wreath-laying ceremony in homage to victims of terrorism at Les Invalides in Paris, France, November 16, 2020. /Reuters

U.S. Secretary of State Mike Pompeo participates in a wreath-laying ceremony in homage to victims of terrorism at Les Invalides in Paris, France, November 16, 2020. /Reuters

From Paris, Pompeo traveled to Turkey, where he will meet religious leaders in Istanbul but not government officials.

Senior State Department officials said the lack of official meetings in Turkey was due to scheduling issues during the brief stop. They said meetings had been sought but Turkish officials were unable to come to Istanbul from the capital of Ankara during the time Pompeo will be there. The officials noted that Pompeo and his Turkish counterpart plan to see each other in early December at a meeting of NATO foreign ministers.

The U.S. administration and Europe need to work jointly on addressing actions led by Turkey in the Middle East over the past few months, Pompeo told French daily newspaper Le Figaro.

"France's president Emmanuel Macron and I agree that Turkey's recent actions have been very aggressive," Pompeo said, citing Turkey's recent support to Azerbaijan in the Nagorno-Karabakh conflict with Armenia as well as military moves in Libya and the Mediterranean.

"Europe and the U.S. must work together to convince Erdogan such actions are not in the interest of his people," Pompeo said, referring to Turkish President Tayyip Erdogan.

Pompeo said increased use of Turkey's military capability was a concern, but he did not say whether the country, which hosts U.S. military forces at its Incirlik Air Base, should stay in or quit the North Atlantic Alliance.

Pompeo voiced confidence in the commitment of the administration of President Donald Trump to the constitutional setting of the U.S. election in the interview with Le Figaro.

"I am entirely confident that the coming days and weeks will show how much we are attached to the constitutional frame of this election," Pompeo said. "The transition process will work and honor our internal and external obligations."