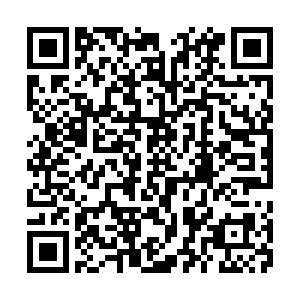 COVID-19 does not recognize any country or border,  and that's one of the main reasons the whole human race must fight the virus together.

A great example of this is the cooperation between the BRICS countries. As a significant part of the developing world, these five nations – Brazil, Russia, India, China, and South Africa – have been helping each other since the early days of the pandemic.

China's Wuhan is the first known place to be hit by the novel coronavirus. Back in February, when China was accused of spreading the disease, Russia delivered urgently needed medical materials to Wuhan. Russian medical and anti-epidemic experts also helped China conduct joint research on the deadly virus.

About two months later, when China got Wuhan under control, the pandemic broke out in Russia, and it was time for China to repay the kindness. The Asian country offered masks, protective suits, surgical gloves and thermometers to its European neighbor.

China and Russia upgraded their diplomatic ties to a "comprehensive strategic partnership of coordination for a new era" in 2019. The pandemic has tested the friendship between the two countries and the bond remains strong.

Learn more about China-Russia cooperation in fight against COVID-19

China and South Africa have also helped each other through the tough times of pandemic. Many South African provided generous donations to China, and China also donated millions of masks and detection reagents, ventilators, protective suits in return.

Though many people think China and India are having a bad time due to border conflicts, the two populous nations still help each other fight the pandemic.

In June, the Beijing-based Asian Infrastructure Investment Bank offered India a loan of $750 million as special aid for the poor people in the country.

June also witnessed the outbreak of COVID-19 in Brazil, and the local Chinese community raised funds to buy equipment for people in Rio de Janeiro.

Brazil also became one of the few countries to try the made-in-China COVID-19 vaccines.

Unfortunately, one of the subjects in the trial committed suicide, causing a temporary pause in the vaccine testing. The Brazilian government decided to resume testing on November 11.

The Chinese government has stated many times that only through cooperation can humanity save itself from the pandemic. As many vaccines approach their final release, it's worth mentioning that nationalism is not everything when distributing the vaccines.