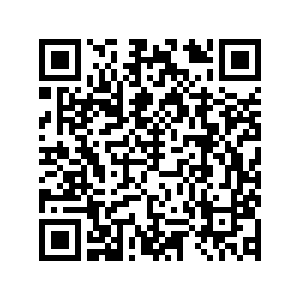 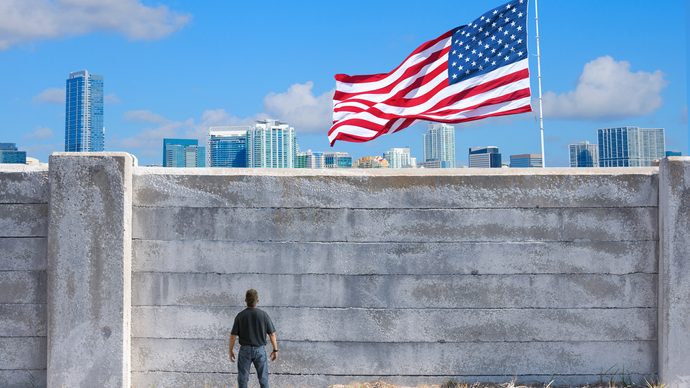 Editor's note: Philippe Legrain, a former economic adviser to the president of the European Commission, is Visiting Senior Fellow at the London School of Economics' European Institute and the author of 'Them and Us: How Immigrants and Locals Can Thrive Together.' The article reflects the author's opinions, and not necessarily the views of CGTN.

Before he was U.S. president, Donald Trump built a reality-television persona on the catchphrase, "You're fired." Now, the American people have fired him. And Trump's defeat has also dealt a devastating blow to nationalist populists in Europe and elsewhere. Might it prove lethal?

The swamps that breed populist nationalism have not been drained. Too many people remain frustrated over their perceived (or anticipated) loss of economic and social status, and feel disregarded or maligned by establishment politicians. Wage stagnation, deindustrialization, and economic injustice continue to be serious challenges. Many are convinced that immigration and cultural change pose a threat to their safety and way of life. The COVID-19 crisis has compounded these anxieties.

The persistence of these fears and frustrations was reflected in the U.S. election results. Though President-elect Joe Biden won over five million more votes than Trump – a 3.4 percentage-point lead – more than 72 million Americans still cast their votes for the outgoing president.

Nonetheless, Biden has demonstrated that populism can be defeated – and not just with more populism. Far from employing populists' tactics, endorsing their worldviews, or pandering to their prejudices, Biden built a broad electoral coalition around a promise of positive change, sober moderation, and competent governance.

This holds a crucial lesson for center-left and center-right political parties in Europe, which have at times succumbed to the populist temptation – such as by echoing their socially conservative, anti-immigrant views – to try to win votes.

Trump's loss also amounts to a warning for other far-right populists, such as Brazilian President Jair Bolsonaro and Hungarian Prime Minister Viktor Orbán. Earlier this year, Orbán proclaimed, "We used to think that Europe was our future; today we know that we are the future of Europe."

But with Trump's defeat, his words ring hollow. Even if these leaders remain popular for now – in Bolsonaro's case, thanks to generous COVID-19 handouts to citizens – the rise or persistence of far-right populism is hardly inexorable.

Beyond shattering this self-serving narrative of inevitability, Trump's loss discredits his deeply flawed policies, thereby reducing their attractiveness to others. Over the past four years, Trump has pursued an approach that unabashedly purports to put "America first," trampling on trade treaties and misusing sanctions to try to give U.S. businesses and workers an edge.

In this context, it seemed almost naive for others, including European governments, to pursue multilateral, cooperative open-market solutions. As mainstream politicians leaned toward protectionism, the extreme economic nationalism espoused by the likes of France's National Rally (formerly the National Front) – whose leaders favor putting "France and French people first" – seemed increasingly reasonable. Moreover, as I explain in my new book, "Them and Us: How Immigrants and Locals Can Thrive Together," Trump's xenophobic rhetoric and encouragement of nativist sentiment opened the way for harsh immigration policies at home and abroad.

Of course, some European governments needed no encouragement to demonize Muslims, erect barbed-wire border fences, or detain asylum-seekers in squalid camps; indeed, they began doing so before Trump was elected, notably during the 2015-16 refugee crisis.

But the Trump administration's actions – including separating children from their parents and detaining them in awful conditions, deporting asylum seekers without due process, banning immigrants from Muslim-majority countries, and building a wall on the U.S. border with Mexico – gave Europe's anti-immigrant forces a major boost. Central American migrants cross a river near the port of entry at El Ceibo in the town of Tenosique, Tabasco state, Mexico, October 4, 2020. /Getty Images

Central American migrants cross a river near the port of entry at El Ceibo in the town of Tenosique, Tabasco state, Mexico, October 4, 2020. /Getty Images

For example, Matteo Salvini, the leader of Italy's far-right League party and the country's interior minister in 2018-19, reveled in his status as "Italy's Trump," as he blocked boats carrying rescued migrants from docking in Italian ports. When the Trump administration refused in 2018 to agree to the non-binding Global Compact for Safe, Orderly, and Regular Migration, nine EU governments – as well as other countries, such as Australia – followed suit.

Biden will set a very different example, which is likely to strengthen internationalists and weaken nationalists in Europe. To be sure, the president-elect – like Democrats more broadly – is not pushing for unfettered free trade and immigration. But he does recognize the foreign-policy benefits of trade cooperation with America's European allies, and he has pledged to reverse some of the Trump administration's most controversial immigration policies within days of taking office, as well as to reshape America's immigration system over the longer term. Biden will also scrap Trump's approach to climate change, beginning by rejoining the Paris climate agreement on the first day of his presidency.

With Trump gone, populist politicians will not only enjoy less domestic legitimacy; governments will face a higher international price for nationalist stances. Trump was a powerful ally for Europe's nationalist governments, especially in Hungary and Poland.

When Poland's ruling Law and Justice party picked fights with Germany and challenged EU policies on asylum, judicial independence, and much else, it felt confident that, even if its European partners turned on it, Trump would protect it from the likes of Vladimir Putin's revanchist Russia. With Biden in the White House, the Polish government will feel more pressure to be constructive.

The same goes for British Prime Minister Boris Johnson. Trump championed Brexit as an expression of sovereignty and encouraged Johnson to take a tough line with the European Union, dangling the prospect of a bilateral trade deal as a prize.

Biden is no fan of Brexit – or, one might guess, of Johnson, whose racist slight about President Barack Obama's "part-Kenyan" ancestry during the referendum campaign Biden is unlikely to have forgotten. Moreover, Biden, who has often discussed his Irish ancestry, has made clear that he will not accept any threat to peace in Northern Ireland. With time running out to negotiate a post-Brexit trade agreement, Johnson is now under far greater pressure to compromise.

So, populist nationalism is not dead. But it can be defeated – and Trump's fall is likely to make that easier. Are Europeans up to the task?