Fauci's right. U.S. failure on coronavirus has to do with 'the nature of our country'
Bradley Blankenship 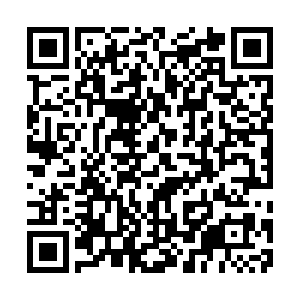 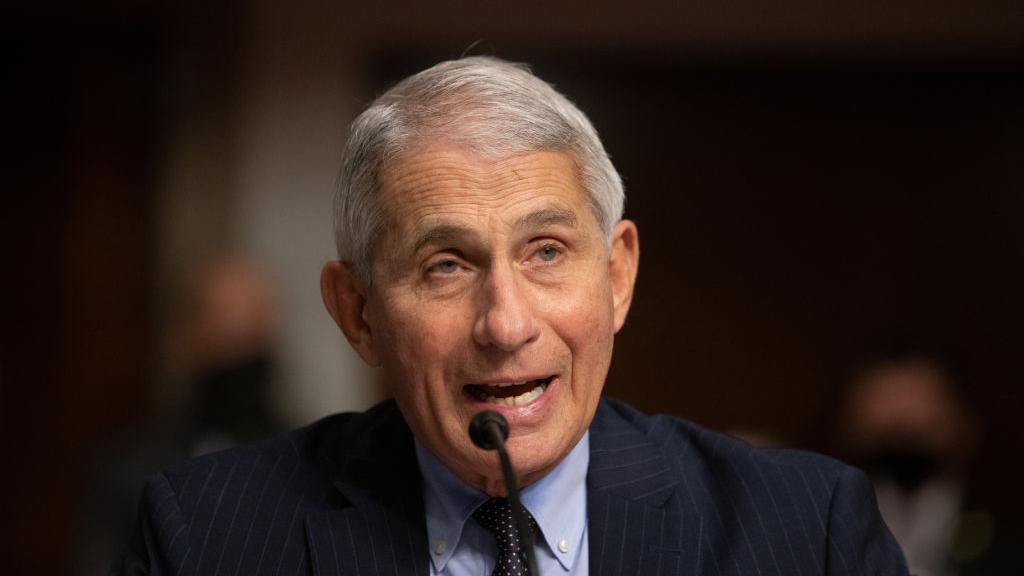 America's top infectious disease expert Doctor Anthony Fauci was recently interviewed by CNN's Jake Tapper and laid out an interesting point about the state of the country's coronavirus response as it enters into a new, possibly more dangerous phase of the pandemic this autumn and winter.

He highlighted that the problems led to this point – the fact that the U.S. has the highest amount of COVID-19 cases and deaths – are systemic without saying so directly.

Fauci told Tapper, "We're going to have to need a real academic analysis of the multifaceted issues that went into this – and it has a lot to do I think with the nature of our country."

According to Fauci, each of the 50 states in the country "tend to want to do things a little bit differently" and Americans "don't like to be told what to do."

Fauci, for all of his expertise and knowledge, is not a social scientist or a political scientist, which he's obviously humble enough to admit. But he raises serious issues that a lot of Americans certainly don't want to reflect on but ought to for the sake of the country's future.

It was already clear during the spring that America's radical individualism would cause problems for the management of the pandemic; for example, the fact that health experts at the time said that masks "only" help the wearer not spread the virus to others and provided little protection for the wearer themselves.

There are different explanations for this specific situation, but most people have begun to realize that, especially due to the fact that asymptomatic spread is apparently common with COVID-19, universal mask-wearing definitely helps both the wearer and others because no one can know for certain who has the disease and who doesn't. Reducing the spread of the disease regardless makes it easier to control and that's rather straightforward.

But as Fauci points out, Americans have a problem being told what to do, especially by the government. There is a certain ingrained antagonism toward government built into the insurgent American spirit, but it's only become more pronounced in the past several decades.

For example, during the Second World War, rationing was a fact of life in the United States; Americans were asked to make sacrifices and cut back on consumption to aid the war effort and they actually did it well.

Leadership was obviously much different in these two parallels.

During the Second World War, President Franklin D. Roosevelt and his family ate rationed meals just like the average American and first lady Eleanor Roosevelt led by example during the preceding Great Depression by serving up less decadent and more economical meals in the White House to inspire average Americans to eat cheap but nutritious meals during those tough times.

On the other hand, President Donald Trump has rarely been seen in public wearing masks, held campaign rallies where masks were not enforced and personally held super spreader events.

According to a Stanford University study, Trump rallies were linked to 30,000 COVID-19 cases, and, of course, the White House has been a hotspot for the coronavirus – Trump, members of his family and his inner circle all tested positive for the disease.

In his coronavirus response, Trump left public health measures up to states and made the role of top disease experts in the federal government limited.

Instead of issuing nationwide measures, states were left up to their own devices and top national experts only provided recommendations with no enforceability.

Even then, many states, mostly those run by Democrats, were and are being undercut in their ability to manage the pandemic in their own way because the president pushed ahead with a hasty reopening plan and is still refusing to take the pandemic seriously. 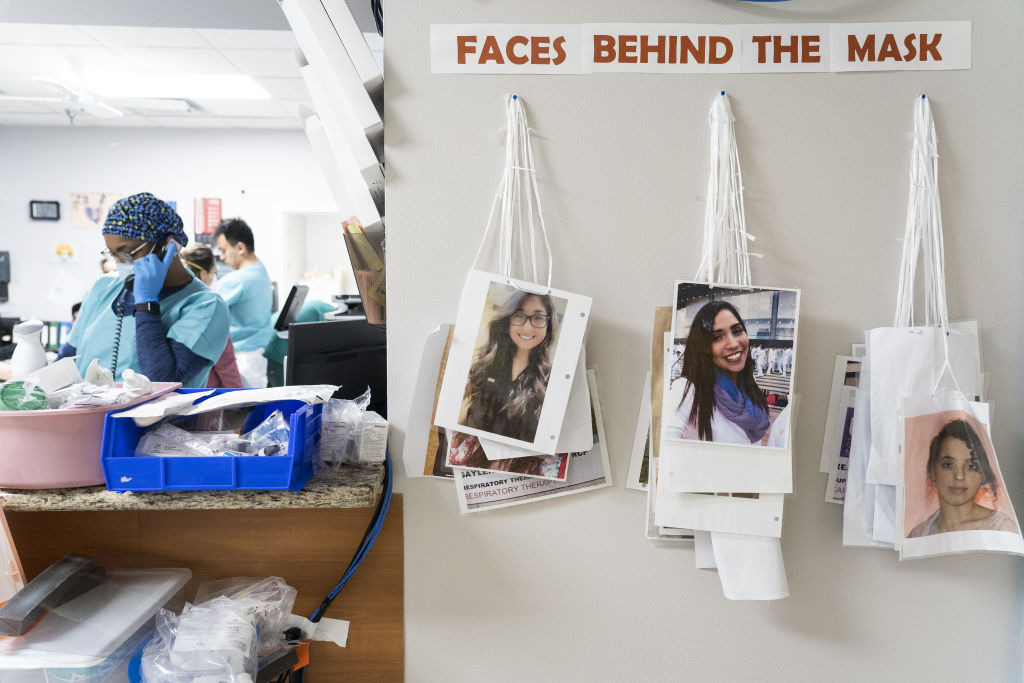 Bloomberg Best of the Year 2020: Photographs of doctors and nurses, worn to comfort patients when the staff are dressed in protective gear, hang on a wall outside the COVID-19 intensive care unit (ICU) at the United Memorial Medical Center in Houston, Texas, U.S., June 29, 2020. /Getty

Bloomberg Best of the Year 2020: Photographs of doctors and nurses, worn to comfort patients when the staff are dressed in protective gear, hang on a wall outside the COVID-19 intensive care unit (ICU) at the United Memorial Medical Center in Houston, Texas, U.S., June 29, 2020. /Getty

The federal government is obviously supposed to take the lead on issues of national security, which the pandemic certainly falls under the category of if both the words "national" and "security" in this context bear any resemblance to what they mean in the English language.

There actually already exist laws that allow the federal government to have broader authority in crisis management, such as the Defense Production Act of 1950, that could have been used to compel companies to produce much-needed supplies during the initial stages of the pandemic.

However, the clear reason for the Trump administration's reluctance to use the act was to avoid an undesirable situation where the government could legally compel companies to address issues of common public concern.

This would be undesirable because forcing companies to manufacture goods swiftly and at low-cost would cut into profits, which is also the reason why the country never had an adequate national stockpile of key medical supplies.

All of these problems – the systemic cultural, political and economic issues – are deeply interwoven and part of the general rot in the American mindset.

This "every man for himself" attitude is useful to America's ruling class because it creates political disarmament and perpetuates the ruling class drive to seek short-term profit no matter the social repercussions, but it obviously fails in dealing with at least one of the most elementary tasks of a society – ensuring people's safety.

So when Dr. Fauci said we need to take a serious look at everything that led to this problem, one that's rooted in the "nature of our country," he's definitely right.