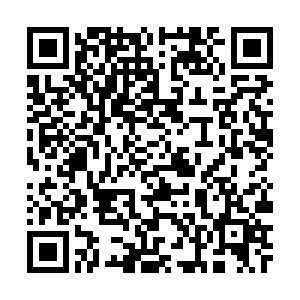 China will roll out a new copper futures contract this week that will be open to foreign traders, in a push to boost yuan adoption and wrest some pricing power away from the established industry benchmark in London.

The addition of copper, the world's most-traded base metal, to a growing suite of international commodity futures will increase China's appeal to the global trading community, analysts say, even if limits on yuan convertibility remain a barrier to wider adoption.

Such yuan-denominated products serve two strategic ends: they give global market participants another reason to use the yuan while also boosting China's pricing power in key commodities markets.

"There is no reason why China, being such a big consumer, shouldn't be the price-maker...and not the price-taker," John Browning, managing director of Bands Financial, an international intermediary brokerage for Chinese commodity exchanges, said in a webinar this month.

The first is "availability of deep, liquid markets for financial products," while the second is smooth convertibility of the yuan, on which Chinese authorities have taken "significant further steps over the past year to facilitate transactions," Neumann added.

"Foreign investors ignore onshore trading opportunities at their peril," he said in an email.

A Singapore-based trader who is watching the INE contract closely said China's line-up of yuan-denominated commodity futures was starting to make it a formidable trading venue.

"We now have gold, silver, oil and international copper contracts in yuan. That should scare the dollar," said the trader, who declined to be identified.

China's launch of its crude oil futures in 2018 sought to increase influence over commodity pricing and promote the yuan, whose internationalization is a longstanding policy objective.

While trading volumes for that contract have been impressive, especially this year, at just one-sixth of the dollar-denominated benchmark Brent crude they are far from dominating the global market.

China's weight in the global copper market, however, is much larger, accounting for about half the world's usage.

The country's emergence as the world's second-largest economy has created an insatiable appetite for the red metal, which is used in everything from power to construction.

Booming imports this year have propped up prices on the 143-year old London Metal Exchange and the Shanghai Futures Exchange, the INE's parent bourse, where domestic copper futures are traded.

An executive at a major copper supplier to China expects that "sooner rather than later, (copper) contracts will be in yuan and the INE price."