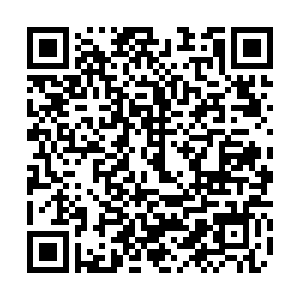 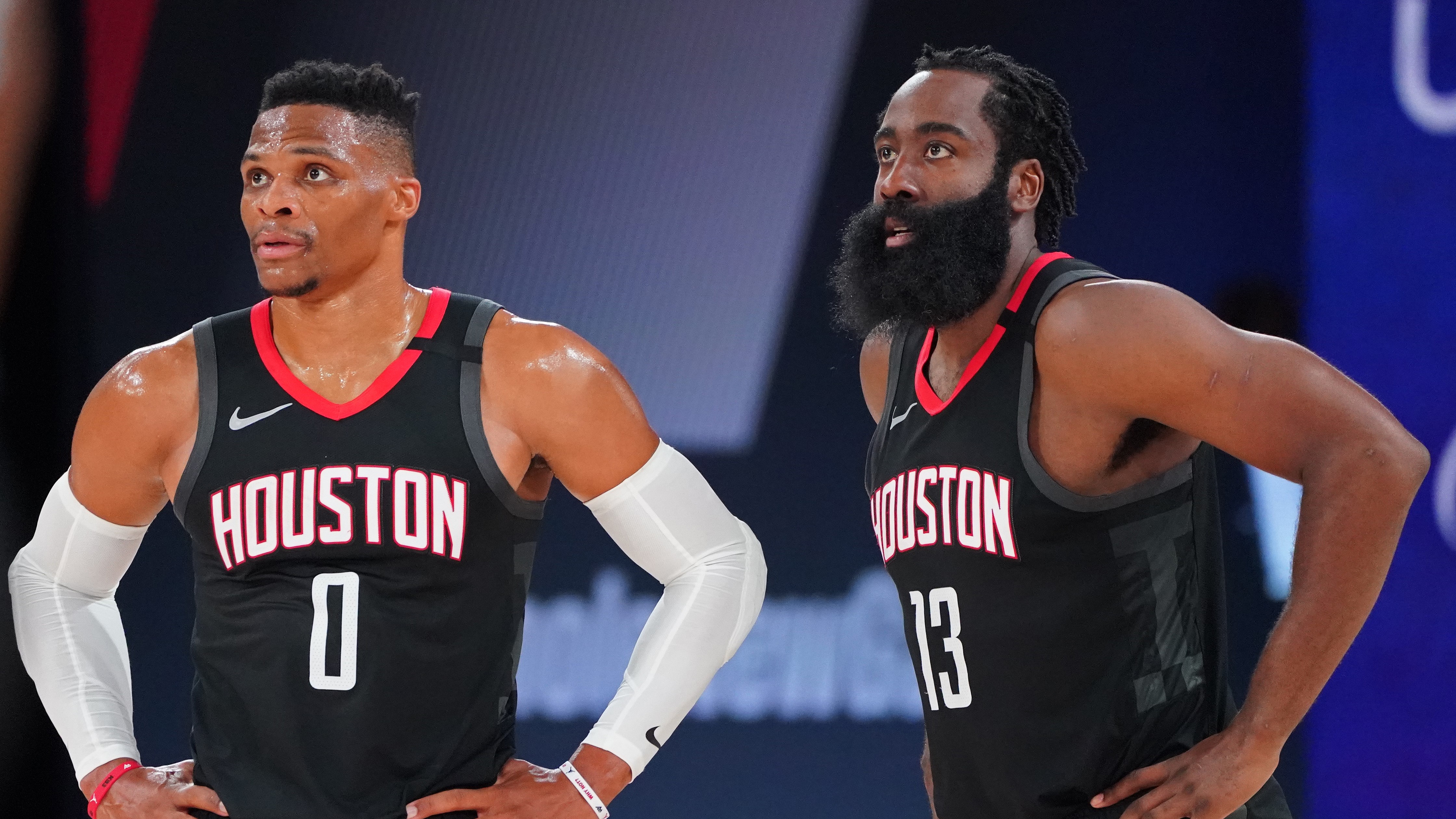 Russell Westbrook #0 and James Harden of the Houston Rockets. /CFP

Russell Westbrook #0 and James Harden of the Houston Rockets. /CFP

Though both James Harden and Russell Westbrook of the Houston Rockets have requested departure, the team is under no obligation to compromise on any deals, according to ESPN. Instead, Houston are "willing to get uncomfortable" and keep their MVP pair against their wills.

Harden already turned down Houston's two-year, $103-million contract extension, wanting to join Kyrie Irving and Kevin Durant in the Brooklyn Nets. He still has three years left on his current deal with Houston, worth $132 million with a player option for the 2022-23 season. 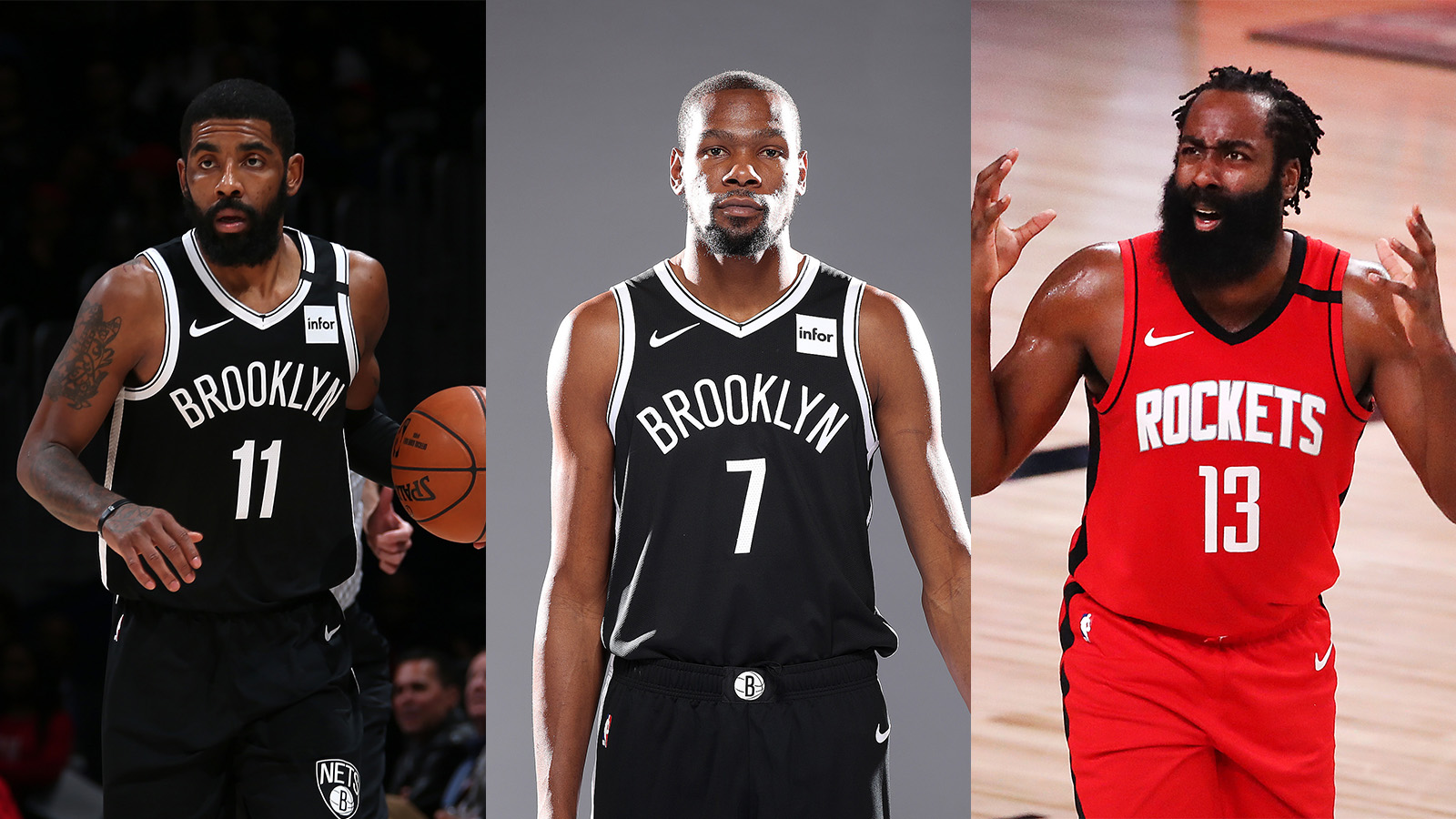 From L to R: Kyrie Irving and Kevin Durant of the Brooklyn Nets, James Harden of the Houston Rockets. /CFP

From L to R: Kyrie Irving and Kevin Durant of the Brooklyn Nets, James Harden of the Houston Rockets. /CFP

According to ESPN, Houston wants a proven, young star as a centerpiece along with a massive picks package in exchange for Harden. Considering that Harden just won his third consecutive NBA scoring title and won the MVP award two years ago, that demand is not too ridiculous. Of course, the Milwaukee Bucks sending away five first-round draft picks, including two swaps, to land Jrue Holiday might have given Houston's front office extra confidence.

Brooklyn are reportedly willing to give up anything but Irving and Durant. However, of all the assets they could offer, Spencer Dinwiddie is still a few steps from a star. Caris LeVert is young, and that's it. Jarrett Allen and DeAndre Jordan are blue-collar big men; draft picks of a team that has Irving and Durant can barely be valuable.

Simply speaking, Houston may not even answer Brooklyn's call unless Irving is added to the offer – imagine how will that make Durant feel. Of course, there's always the option of involving other teams to make a big trade, but that will further complicate things. 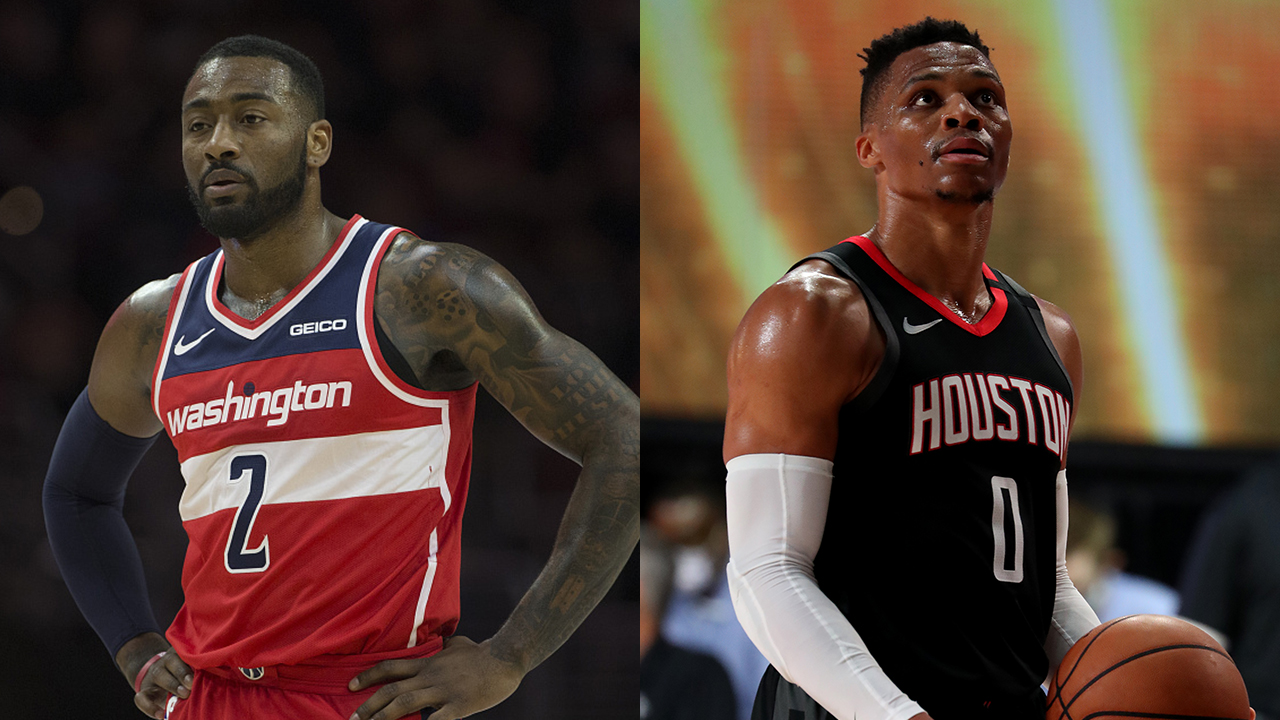 John Wall #2 of the Washington Wizards and Russell Westbrook of the Houston Rockets. /CFP

John Wall #2 of the Washington Wizards and Russell Westbrook of the Houston Rockets. /CFP

By contrast, Westbrook is not as valuable as Harden on the transaction market. He shares Harden's contract, but Westbrook's performance in the series against the Los Angeles Lakers last season painfully hurt his value. Houston are convinced that his 31.5 points, 7.9 rebounds, 6.8 assists per game and 52.6 percent of field goal rate in the two-and-a-half months before the pandemic halted the season prove he can restore his value – good luck selling it to any other team.

The Athletic reported that the Washington Wizards are interested in trading John Wall for Westbrook. The 30-year-old, five-time All-Star has the same contract as Westbrook and Harden. The problem is, Wall has not played for over a year, and he suffered a ruptured left Achilles tendon when he slipped and fell in his home. No wonder Houston wants extra assets in the trade.

This year's NBA Draft is happening in less than 12 hours; perhaps someone will make a move by then.