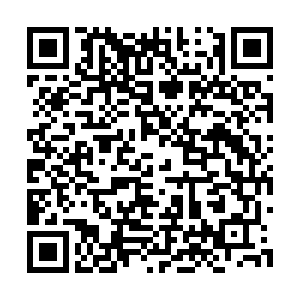 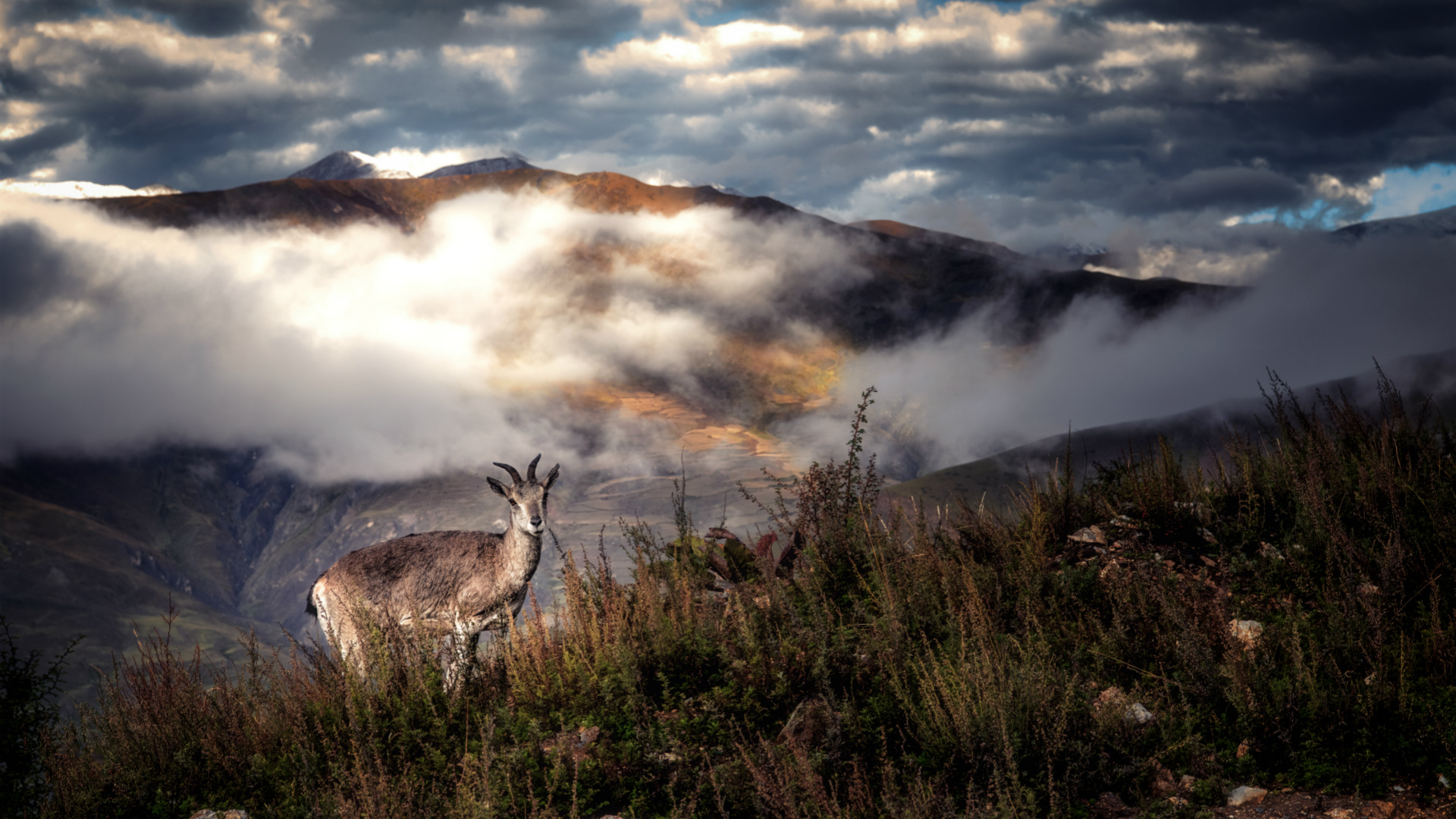 Footage showed bharals climbing over the mountains and racing toward the no-grazing area of the Shandan Horse Ranch under China National Agricultural Development Group.

In recent years, the population of wild animals in the park has proliferated thanks to dwindling human activity. However, it is still rare to see such a large number of bharals, and their presence indicates the continuous improvement of the local ecological environment, said Ma Duifang, an official with the park administration. 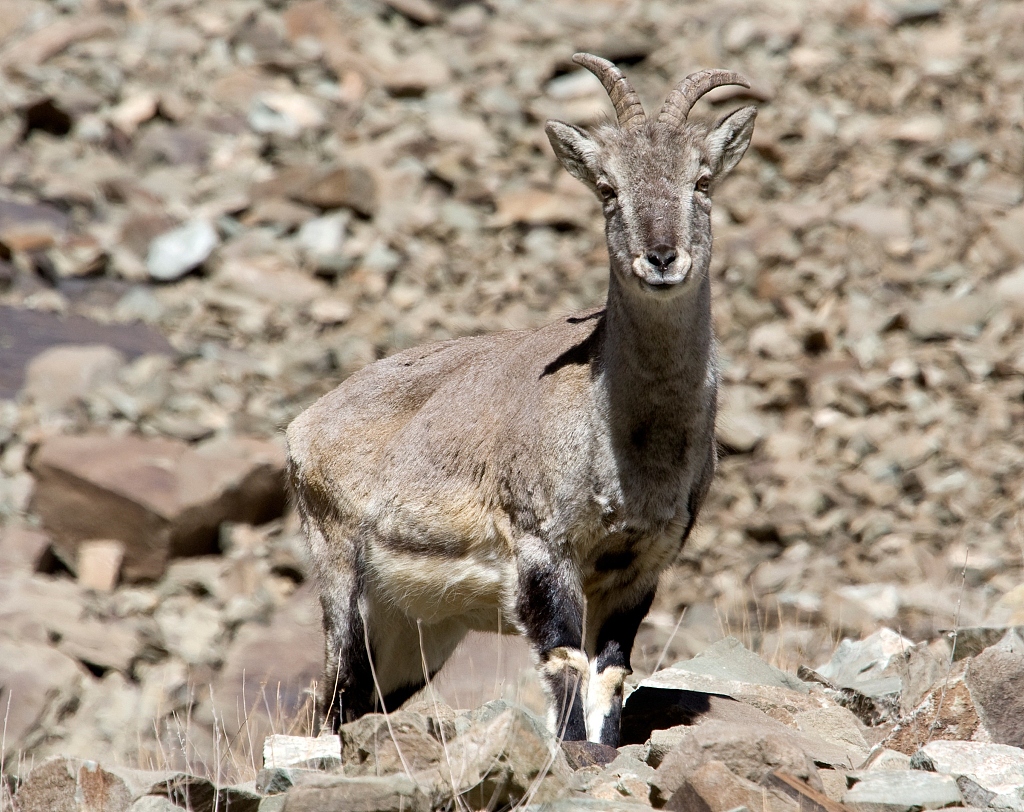 The blue sheep are wild animals under second-class state protection and usually reside in areas with bare rocks about 2,100 meters to 6,300 meters above sea level in northwest and southwest China. As they are good at climbing cliffs, the species is also dubbed "cliff fairies" in China.