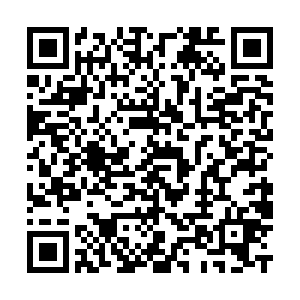 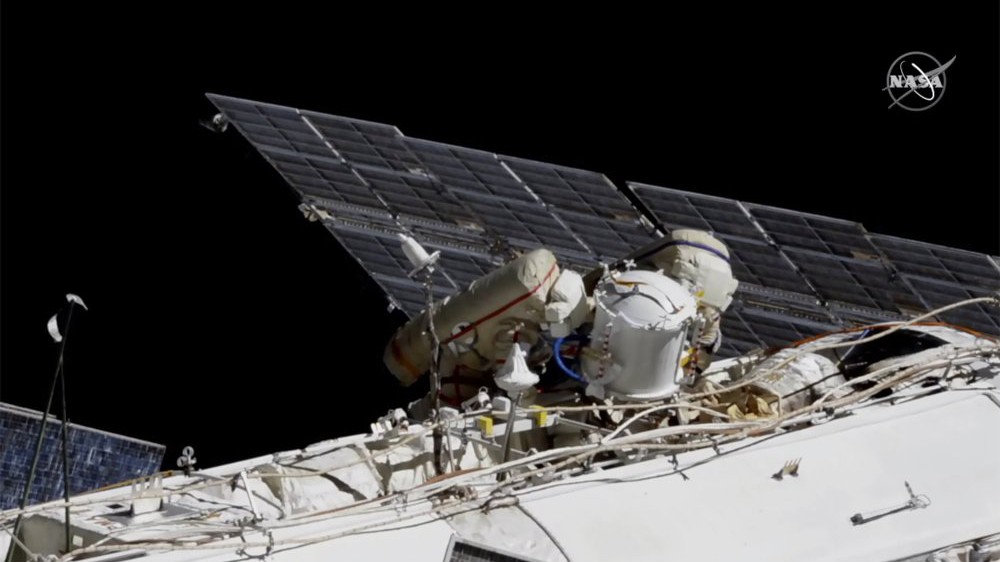 Russian astronauts Commander Sergey Ryzhikov (L, in red stripes), and Sergey Kud-Sverchkov on a spacewalk outside of the International Space Station, November 18, 2020. /AP

Russian astronauts Commander Sergey Ryzhikov (L, in red stripes), and Sergey Kud-Sverchkov on a spacewalk outside of the International Space Station, November 18, 2020. /AP

The International Space Station's two Russian astronauts began spacewalking work Wednesday to prepare for next year's arrival of a long-delayed lab, but had to scrap another chore because of a stubborn bolt.

Sergey Ryzhikov and Sergey Kud-Sverchkov – dubbed Sergey 1 and Sergey 2 by flight controllers – left four Americans and one Japanese inside during their spacewalk, which lasted nearly seven hours.

The space station population grew to seven late Monday with the arrival of a SpaceX capsule, making the company's second astronaut flight.

"Congratulations. You are out!" Russian Mission Control told the first-time spacewalkers after the lengthy testing.

The astronauts immediately encountered a difficult bolt that prevented them from replacing a fluid-flow regulator on Russia's oldest compartment – Zarya, Russian for Dawn. A NASA commentator said the old regulator was still working on Zarya – the first piece of the space station launched in 1998 – and that the swap would be deferred to a later spacewalk.

Ryzhikov and Kud-Sverchkov had better luck relocating an antenna cable, the first step in decommissioning Russia's old Pirs spacewalking compartment to make room for the new lab. By then, the spacewalk was past the four-hour mark, and flight controllers near Moscow urged the two to rest: "It's been intense."

The Pirs module will be removed and junked next year to make room for the research lab Nauka – Russian for "science." Several Russian-directed spacewalks will be required to deal with all this. The plan calls for attaching a cargo ship to Pirs in order to guide it to a fiery reentry.

The new 22-ton lab – stretching 43 feet (13 meters) long – is so big that it will be launched from Kazakhstan by a powerful Proton rocket. Once at the orbiting outpost, it will double as an air lock and docking port.

The science lab's launch – nearly a decade late because of a long string of repairs – is targeted for sometime early next year.

Ryzhikov and Kud-Sverchkov arrived with an American last month on a Soyuz capsule. Like the newly arrived SpaceX crew, the Russian-launched astronauts will remain on board until spring.