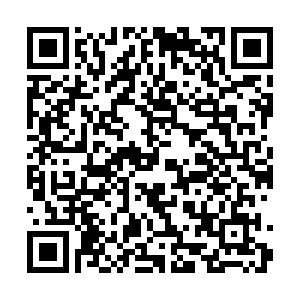 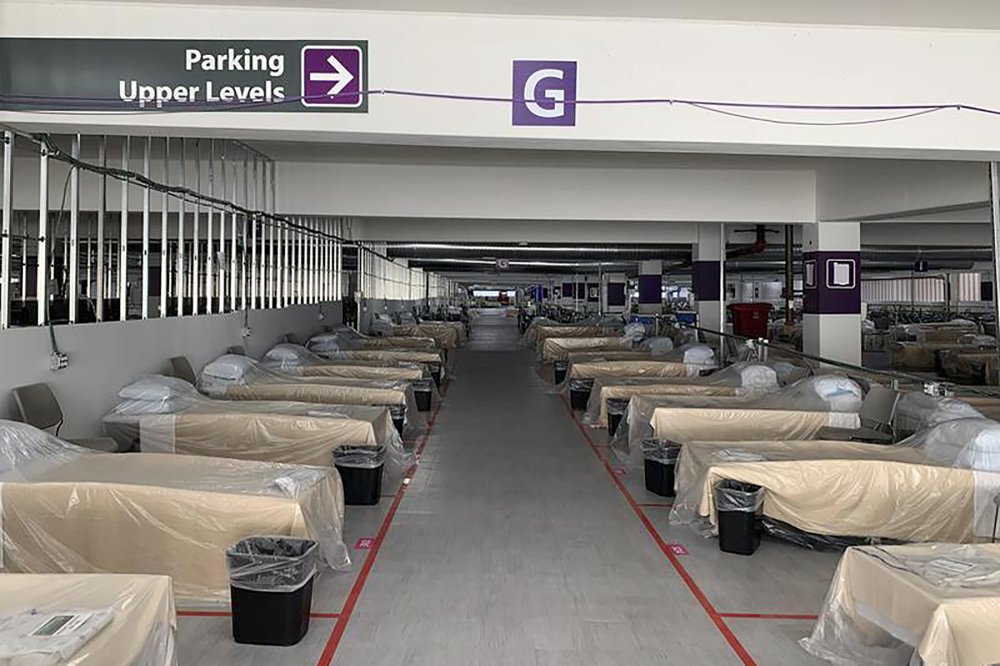 U.S. COVID-19 deaths surpassed 250,000 on Wednesday, according to data released by Johns Hopkins University. Over 11.4 million infections have been reported in the country.

Two more House of Representatives members have tested positive for COVID-19, bringing the number of lawmakers who have contracted the disease to 34, according to CNN.

So far, 26 House members and eight senators have tested positive. 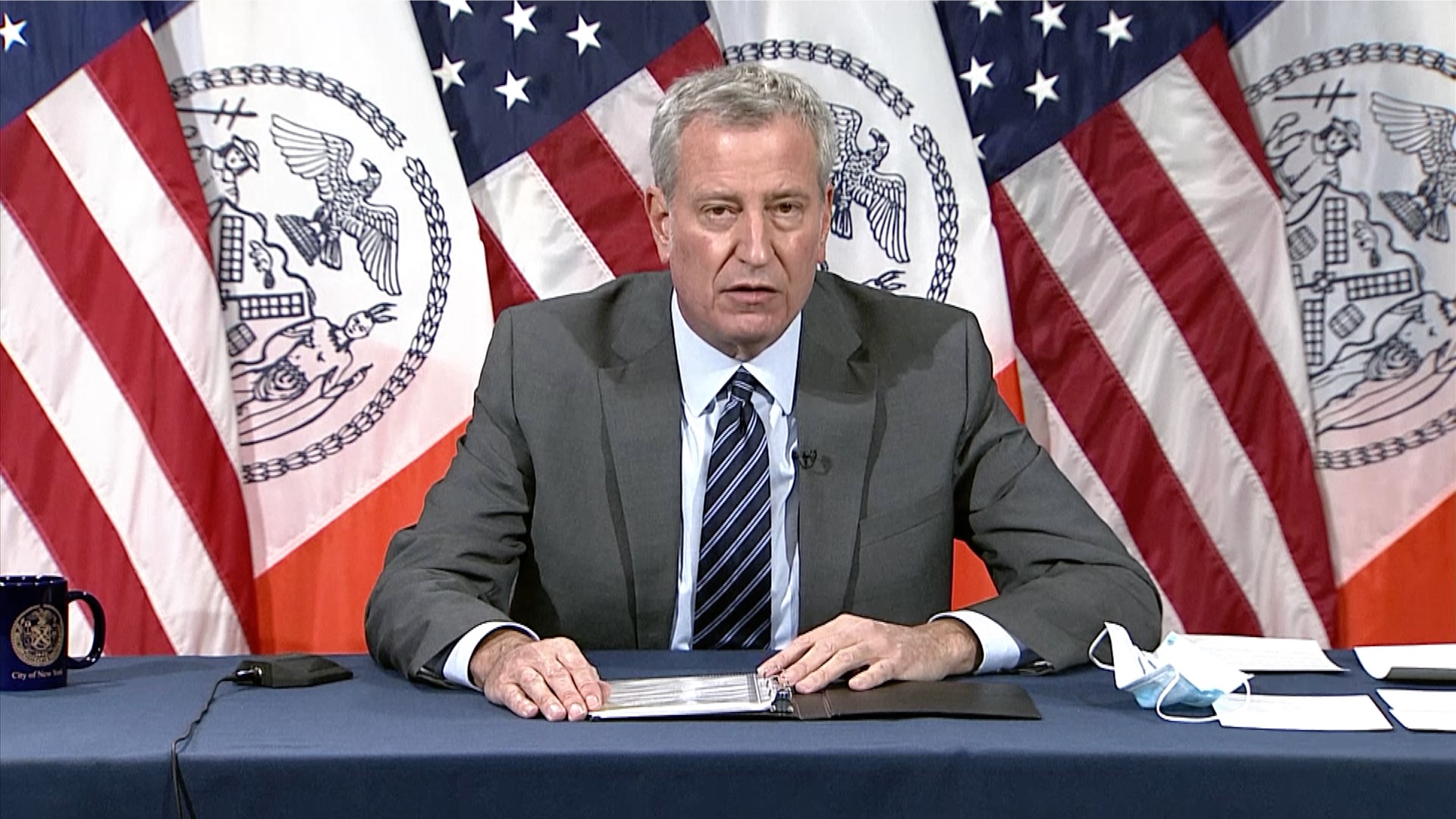 As the country surpasses the devastating milestone of a quarter-million COVID-19 deaths, overwhelmed hospitals are converting chapels, cafeterias, waiting rooms, hallways, even a parking garage into patient treatment areas. Staff members are desperately calling around to other medical centers in search of open beds. Fatigue and frustration are setting in among frontline workers.

"We are depressed, disheartened and tired to the bone," said Alison Johnson, director of critical care at Johnson City Medical Center in Tennessee, adding that she drives to and from work some days in tears.

The number of people in the hospital with COVID-19 in the U.S. has doubled in the past month and set new records every day this week. As of Tuesday, nearly 77,000 were hospitalized with the virus.

Newly confirmed infections per day in the U.S. have exploded more than 80 percent over the past two weeks to the highest levels on record, with the daily count running at close to 160,000 on average. Cases are on the rise in all 50 states. Deaths are averaging more than 1,155 per day, the highest in months.

The out-of-control surge is leading governors and mayors across the U.S. to grudgingly issue mask mandates, limit the size of private and public gatherings ahead of Thanksgiving, ban indoor restaurant dining, close gyms or restrict the hours and capacity of bars, stores and other businesses.

New York City's school system – the nation's largest, with more than one million students – suspended in-person classes Wednesday amid a mounting infection rate, a painful setback in a corner of the country that suffered mightily in the spring but had seemingly beaten back the virus months ago.

The decision to shutter schools and revert exclusively to at-home learning starting on Thursday, announced by Mayor Bill de Blasio via Twitter, doubtless came as a relief to some teachers, many of whom have expressed fear of being placed at increased risk of exposure to the highly contagious respiratory virus.

But it will bring renewed hardship for working parents forced to make childcare arrangements once more.

"I could lose my job ... I am stuck between bills and my son, and it's a hard choice. Really hard," said Felix Franco, 30, a U.S. Postal Service employee who has been on leave recovering from COVID-19 himself since spring and was planning to return to work in two weeks. 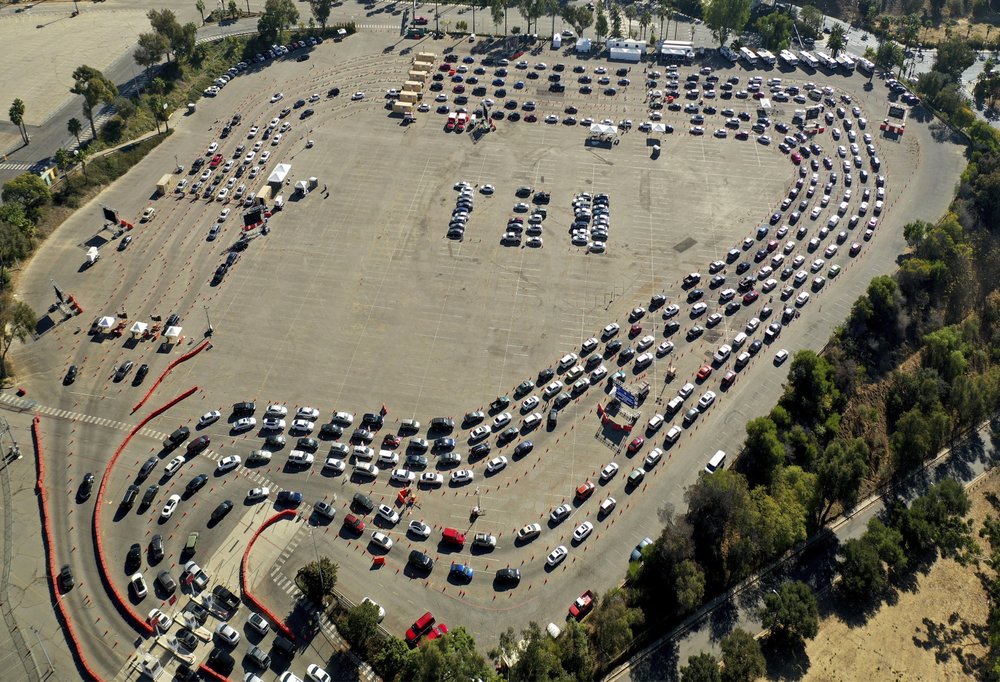 Drivers wait in long lines at a COVID-19 testing site set up in a parking lot at Dodger Stadium in Los Angeles, U.S., November 17, 2020. /AP

Drivers wait in long lines at a COVID-19 testing site set up in a parking lot at Dodger Stadium in Los Angeles, U.S., November 17, 2020. /AP

Texas is rushing thousands of additional medical staff to overworked hospitals as the number of hospitalized COVID-19 patients statewide accelerates toward 8,000 for the first time since a deadly summer outbreak.

In the Texas border city of El Paso, overwhelmed morgues have begun paying jail inmates $2 an hour to help transport the bodies of virus victims. The crush of patients is forcing the city to send its non-COVID-19 cases to hospitals elsewhere in the state.

More than 5,400 extra medical personnel have been deployed around Texas by the state alone, said Lara Anton, a spokeswoman for the Texas Department of State Health Services. And that doesn't include the help surging into Texas from the military and volunteer organizations.

"There are only so many medical personnel to go around. And I think what we're seeing in places like El Paso is not sustainable in all or a large part of the state," said Dr. Mark McClellan, a former head of the Food and Drug Administration.

The only health care system in the Appalachian mountains of Tennessee and Virginia is warning that it and its workers are stretched so thin that it is only a matter of time before its hospitals will have to turn patients away.

The health system reported having just 16 available ICU beds and about 250 team members in isolation or quarantine. It is trying to recruit hundreds more nurses.

In Idaho, doctors warned that hospitals have almost reached the point where they need to ration care, unable to treat everyone because there aren't enough beds or staffers to go around.

"Never in my career did I think we would even contemplate the idea of rationing care in the United States of America," said Dr. Jim Souza, chief medical officer for St. Luke's Health System Kansas City.