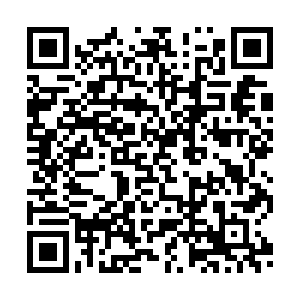 Photo taken on January 29, 2018 shows a view of Gwadar Port in southwest Pakistan's Gwadar. The port is part of the China-Pakistan Economic Corridor. /Xinhua

Photo taken on January 29, 2018 shows a view of Gwadar Port in southwest Pakistan's Gwadar. The port is part of the China-Pakistan Economic Corridor. /Xinhua

China on Friday reaffirmed its support to Pakistan in fighting terrorist forces and stressed that any scheme to sabotage the building of an economic corridor linking the two countries will not succeed.

Chinese Foreign Ministry spokesperson Zhao Lijian made the remarks at a regular press briefing in response to a question about Pakistan's recent allegations against India.

Zhao said China opposes any form of terrorism and double standards on anti-terrorism, calling on countries in the region to jointly fight terrorism and maintain common security.

China appreciates Pakistan's contributions to the global fight against terrorism and firmly supports its anti-terrorism efforts, he said.

Noting that the CPEC is a pilot program under the Belt and Road Initiative, he said it will not only boost economic development in the two countries, but also promote interconnectivity and common prosperity in the region.

"We are confident in the successful construction and operation of the China-Pakistan Economic Corridor with the support from the international community and joint efforts with Pakistan," the spokesperson said. "We also believe that any scheme to sabotage the construction of the corridor will not succeed."