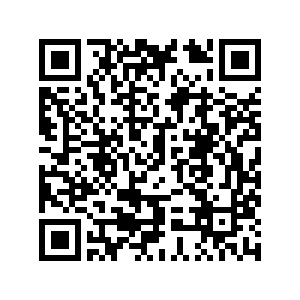 The tourism industry was expected to be one of the fastest growing markets in the years ahead, but the coronavirus pandemic has thrown the industry into uncertainty.

Tourism is one of the most affected industries by the COVID-19 pandemic, according to a research published on National Center for Biotechnology Information (NCBI).

The Group of 20 (G20) countries have been holding regular meetings to deal with the impact of the coronavirus in various sectors. During the G20 leaders' summit in March, G20 leaders vowed to pump more than $5 trillion into the international economy, according to Xinhua.

The travel sector contributed to 10.3 percent of the world's Gross Domestic Product (GDP) and 330 million jobs in 2019, according to a meeting of G20 tourism ministers on October 7.

Over the past five years, one in four of all new jobs created across the world in all sectors and industries have been in Travel & Tourism, according to the World Travel & Tourism Council (WTTC), a forum that represents the global Travel and Tourism private sector.

However, the ministers said that the COVID-19 pandemic resulted in a 60-80 percent decline in international tourism in 2020.

As of September 2020, more than 120 million jobs and livelihoods in the Travel and Tourism sector have been impacted globally, and around 75 million jobs among these are from G20 countries, according to the WTTC's report.

Different actions have been taken by G20 countries to revive tourism since the outbreak of coronavirus pandemic. 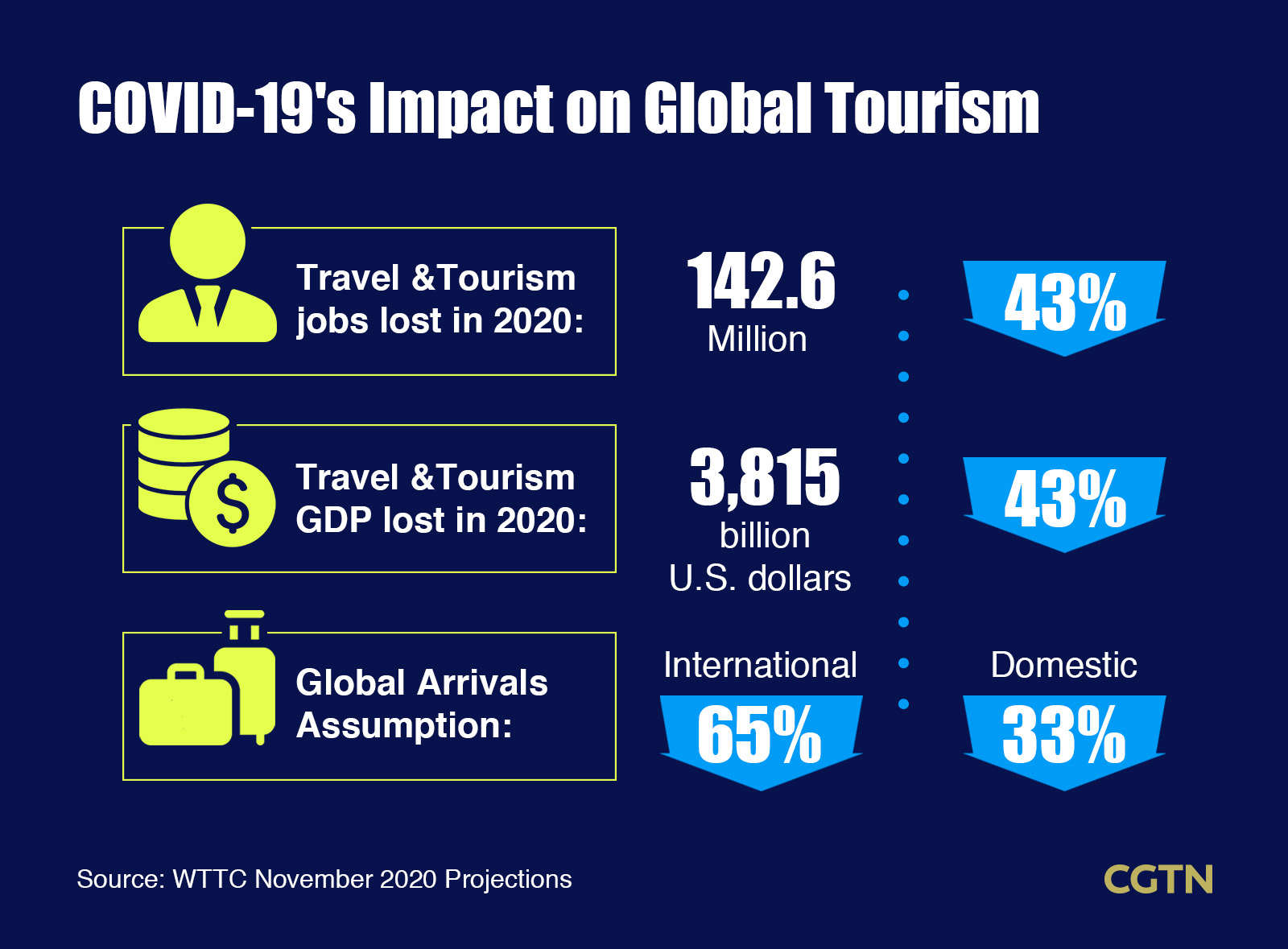 Tourism Ministers agreed to maximize the tourism sector's contribution to inclusive and sustainable development in an online meeting on October 7.

Under Saudi Arabia's presidency of the G20, the global Travel and Tourism private sector was asked to put together a plan to support the recovery and bring back 100 million jobs, according to a report from WTTC.

The report includes some actions and principles that governments of G20 countries can carry out with the private sector, such as "align health and hygiene protocols and standardized measures," and "continue to support the most affected by the COVID-19 within the Travel & Tourism sector."

China, as one of the G20 countries, has witnessed a rapid recovery of its tourism industry amid the COVID-19 pandemic. 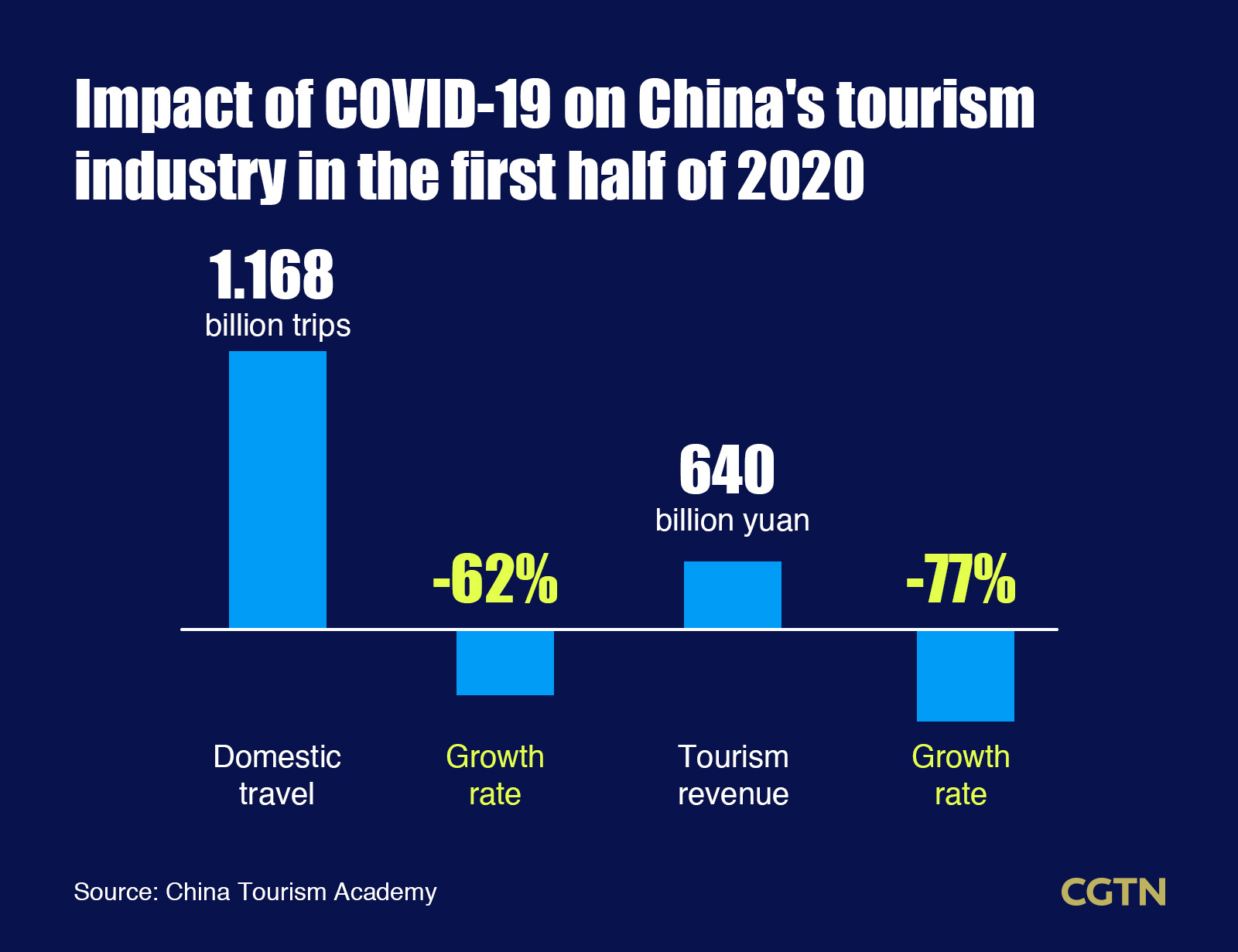 In the first half of the year, the number of domestic trips was 1.168 billion, down 62 percent year-on-year, and domestic tourism revenue was 0.64 trillion yuan, down 77 percent year on year, according to data from the Ministry of Culture and Tourism of China.

The number of tourists that visited major tourism spots in China increased by 159 percent in the second quarter when compared to the previous quarter, according to reports from the Associated Press.

Strict prevention and control measures of the pandemic are one of the main reasons that people in China can travel at ease. "China has managed to control the pandemic rapidly and effectively," according to the Lancet on October 8.

The G20 Summit will be held on November 21 and 22 this year. Saudi Arabia, who holds the G20 presidency, requested the collaboration of the Travel and Tourism private sector in developing a path to recovery.

Gloria Guevara, the CEO of WTTC, emphasized the importance of public and private sector collaboration to speed recovery in the meeting in October.

"Past crises have demonstrated that the G20 is the best platform for international collaboration," according to WTTC's report. G20 countries have highlighted the importance of coordinated testing programs and protocols at departure points as the solution to regain consumer confidence and recover millions of jobs.