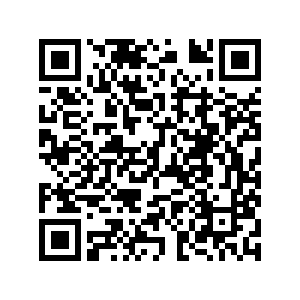 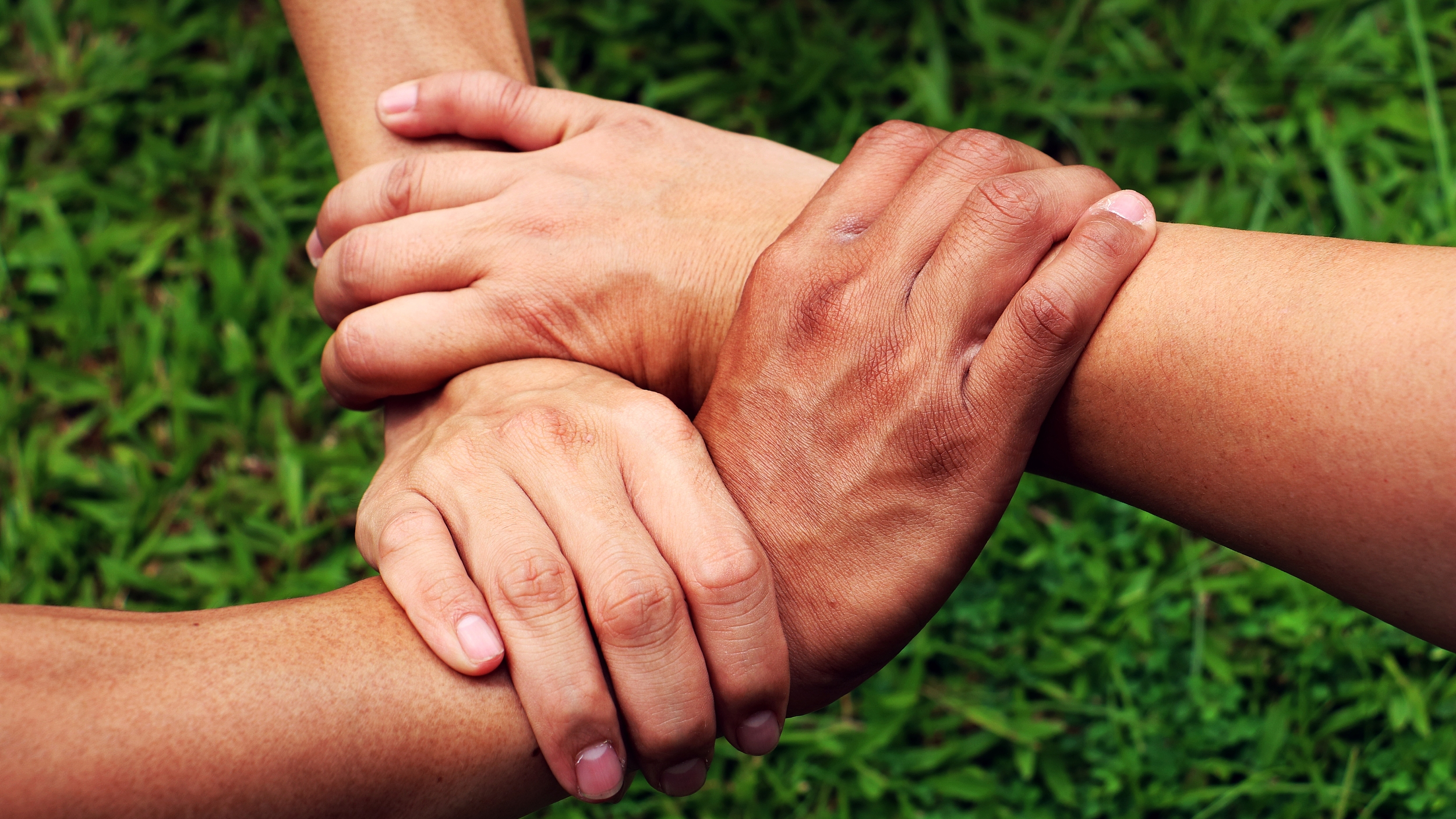 Editor's note: Zheng Bijian is chairman of the China Institute for Innovation & Development Strategy (CIIDS). This is an excerpt of his keynote speech at the Understanding China Conference 2020, held in Guangzhou, China. The article reflects the author's opinion, and not necessarily the views of CGTN.

Let me start by giving you a brief elaboration on the theme of this year's Understanding China Conference, which is "Huge Shake-up, Big Test, Great Cooperation – China's New March Toward Modernization and Community of a Shared Future for Humanity."

A pandemic that caught all of us by surprise disrupted the development process and expectations of humanity as we enter the third decade of the 21st century.

An equally unexpected wave of backlash against globalization fueled by protectionism, unilateralism and populism has added more uncertainties to the world.

The resulting loss of life and property, catastrophic damage to our society, economy, lifestyle and way of production have been unparalleled since 1980s when the world entered an era of peace and development.

With existing changes giving rise to new changes and multiple changes interacting with each other, the world is entering a stormy period of constant changes, which is the "huge shakeup" we are facing today.

The huge shakeup itself is putting us through a "big test."

First, can we overcome unilateralism and join hands to win the battle against the pandemic?

Second, can we restore the global value chain, ignite a new round of economic globalization and re-launch development when working together to overcome the pandemic?

Third, while fighting the pandemic and re-launching growth, can we stay committed and undistracted in spite of all the noises so as to create a new chapter of world peace and development in the third decade of the 21st century and beyond? 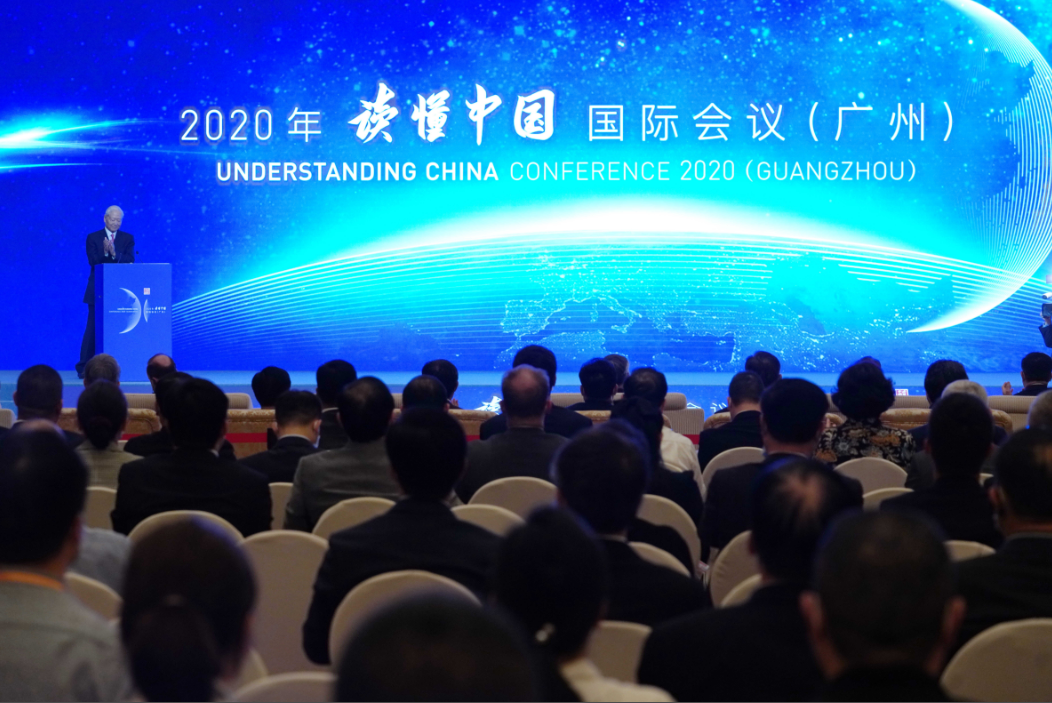 Running through the dynamics of this huge shakeup and big test is a fundamental historical imperative, which is to achieve great cooperation among all countries and regions with different social systems, stages of development and aspirations from the third decade of the 21st century on. This great cooperation will be fostered gradually as we pull through the major tests of multilateral collaboration versus unilateral actions, opening up vs. isolation, and cooperation vs. confrontation.

Truth be told, we have seen some early signs of this great cooperation in the tremendous global battle against COVID-19. There arise many examples of people's strong desire to work together to contain the pandemic, and opportunities to greatly deepen cooperation have also emerged.

The "great cooperation" of all humanity is the silver lining in the dark and menacing clouds of the pandemic and is most cordially welcomed by all good people in the world.

That is true, but that is only part of the story.

There is another side of the story. To the surprise of all good people in the world, including all the conscientious statesmen and thinkers, the politician in power in a hegemonic country, in order to exonerate himself from his incompetence that has cost hundreds of thousands of lives, and to win more votes in elections, shifted the blame to China when he himself openly denounced any effort to fight the epidemic, willfully made full containment of China a declared government policy, and even claimed unscrupulously that Taiwan is not part of China. This lame duck of the hegemonic country is viciously unleashing his "final madness."

I must make a serious statement that this is the most negative part of the enormous changes unseen in a century. 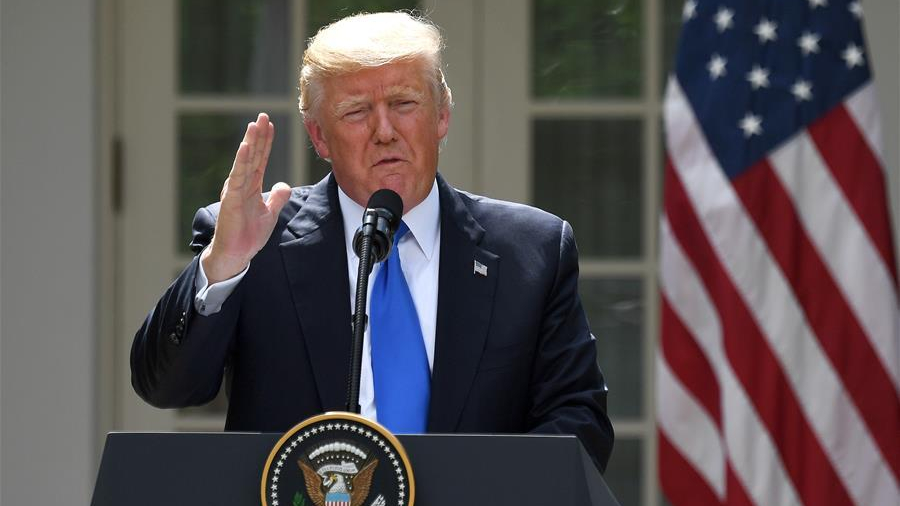 In such a very challenging situation, China remains calm in making plans for the future, the most important one being the Proposal for Formulating the 14th Five-Year Plan (2021-2025) for National Economic and Social Development and the Long-Range Objectives Through the Year 2035 adopted at the Fifth Plenary Session of the 19th Central Committee of the CPC recently.

This proposal, especially the strategic decision on fostering a new development paradigm in which domestic and foreign markets can boost each other, with the domestic market as the mainstay, is a strategic choice made by the 1.4 billion Chinese people to tackle the changing landscape, meet the severe tests and promote great cooperation under the current domestic and international circumstances.

Offering a new vision for China's development and demonstrating China's responsibility as a major country that integrate its own development with that of the world, the plan will become the most important window to understand the governance of China by the CPC and the country's economic and social development in the current context.

The plan also contains a deeper strategic assessment. After making sober analysis of the favorable and unfavorable domestic and international conditions, the Chinese leadership is convinced that China is still in an important period of strategic opportunities. In the third decade of the 21st century and beyond, we will maintain our strategic focus by concentrating resources and efforts to do our own things well; we will look for opportunities in crises and generate new possibilities in the changing environment; and as we pursue internal development goals, we will also actively conduct cooperation with other countries to create a much better prospect for the world.

In terms of self-sufficiency in industrial production and consumption, China is the only country in the world that possesses all the industrial categories in the United Nations "industrial classification." All 41 industrial divisions, 191 groups and 5,256 classes in ISIC can be found in China. Therefore, China is the least vulnerable to isolation and the best equipped to grow independently without relying on outside support. However, China has chosen to open wider to the outside world, stabilize the industrial supply chain, and promote reform and development through opening up. It demonstrates the strategic mindset and strategic vision of the Chinese people.

It also illustrates that in this changing landscape unprecedented in a hundred years, China has emerged from impoverishment and debilitation and entered a new era in which China can join hands with other countries to embrace and lead a new round of industrial revolution and economic globalization. 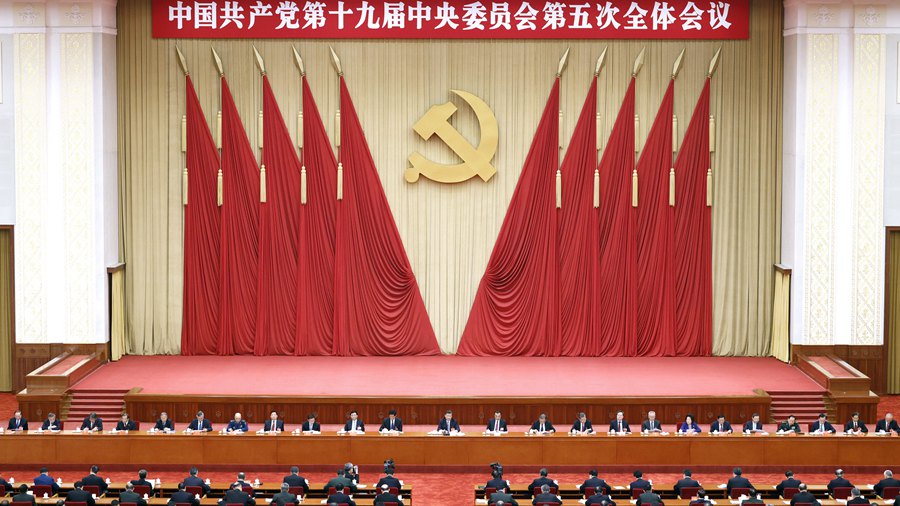 With this strategic dynamics, the period from now to 2035 will become a critical time for China's peaceful rise.

As to the attempts of the politician in power in hegemonic country to turn back the wheel of history, we are very clear about how we will response: we will be prepared both mentally and practically for all possible changes in the external environment, good or bad, with the worst scenario cases in mind, including taking precautionary measures in national defense.

After the Presidential election in the United States, will the new administration take real actions in favor of Sino-U.S. relations and for the benefit of world peace and development? Here I would like to invoke an old Chinese saying: "Listen to what a person says and watch what he does." Let's wait and see how the new administration behaves.

Objectively speaking, the evolution of international landscape exhibits duality, having both positive aspects and negative aspects. In contrast to "negative changes," the historic development of China's relations with the world is becoming an anchor of the "positive changes" in the world today. China's "peaceful rise" is a great rejuvenation of the Chinese civilization driven by the comprehensive modernization of socialism with Chinese characteristics, and is by no means a process of a new hegemony replacing the old hegemony as we have seen in modern world history.

That is to say, China defines its role as a country safeguarding, reforming and improving the international order and system, and upholds the banner of global governance, multilateralism and a community with a shared future to respond to hegemonism.

In a word, the significant thematic setup of "Huge Shake-up, Big Test, Great Cooperation" itself means making historic choices and seizing historic opportunities. In the current situation, the real historic mission before the international community is to deeply reflect on economic globalization and global governance and substantially promote a community with a shared future for humanity based on the convergence of interests and communities of interests.