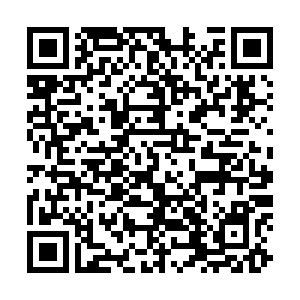 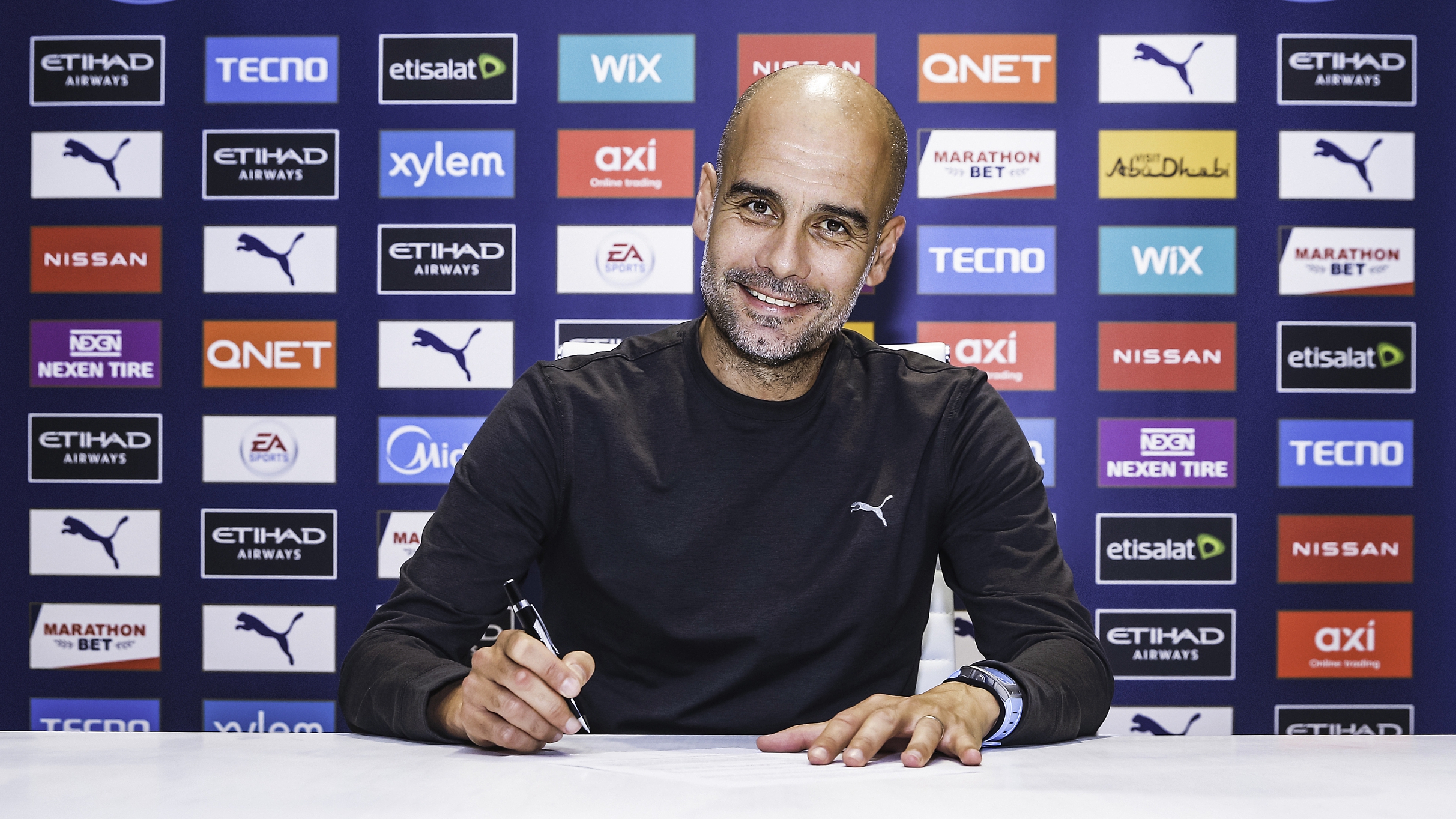 Pep Guardiola has extended his contract with Manchester City until 2023. /CFP

Pep Guardiola has extended his contract with Manchester City until 2023. /CFP

Pep Guardiola has ended speculation over his Manchester City future by signing a new two-year contract extension on Thursday.

Guardiola was due to be out of contract at the end of this season and it had been suggested the Spaniard might be ready to leave City. But the 49-year-old has now agreed to stay at the Etihad Stadium until at least 2023.

"Manchester City are pleased to announce that Pep Guardiola has signed a new two-year deal with the club," a statement on City's website said.

Former Barcelona and Bayern Munich boss Guardiola is midway through his fifth campaign with the Premier League and his new deal will extend what is already his longest stay at any club.

He has won two Premier League titles, three League Cups and the FA Cup with City, although winning the club's first Champions League crown has proved elusive so far.

Amid upheaval at his old club Barcelona, Guardiola found himself linked with a return to the Camp Nou.

But he is reported to have told the City hierarchy that he was ready to agree the new deal during the recent international break.

"Ever since I arrived at Manchester City I have been made to feel so welcome in the club and in the city itself – from the players, the staff, the supporters, the people of Manchester and the chairman and owner," Guardiola said. "Since then we have achieved a great deal together, scored goals, won games and trophies, and we are all very proud of that success.

"Having that kind of support is the best thing any manager can have. I have everything I could possibly want to do my job well. The challenge for us is to continue improving and evolving and I am very excited about helping Manchester City do that." 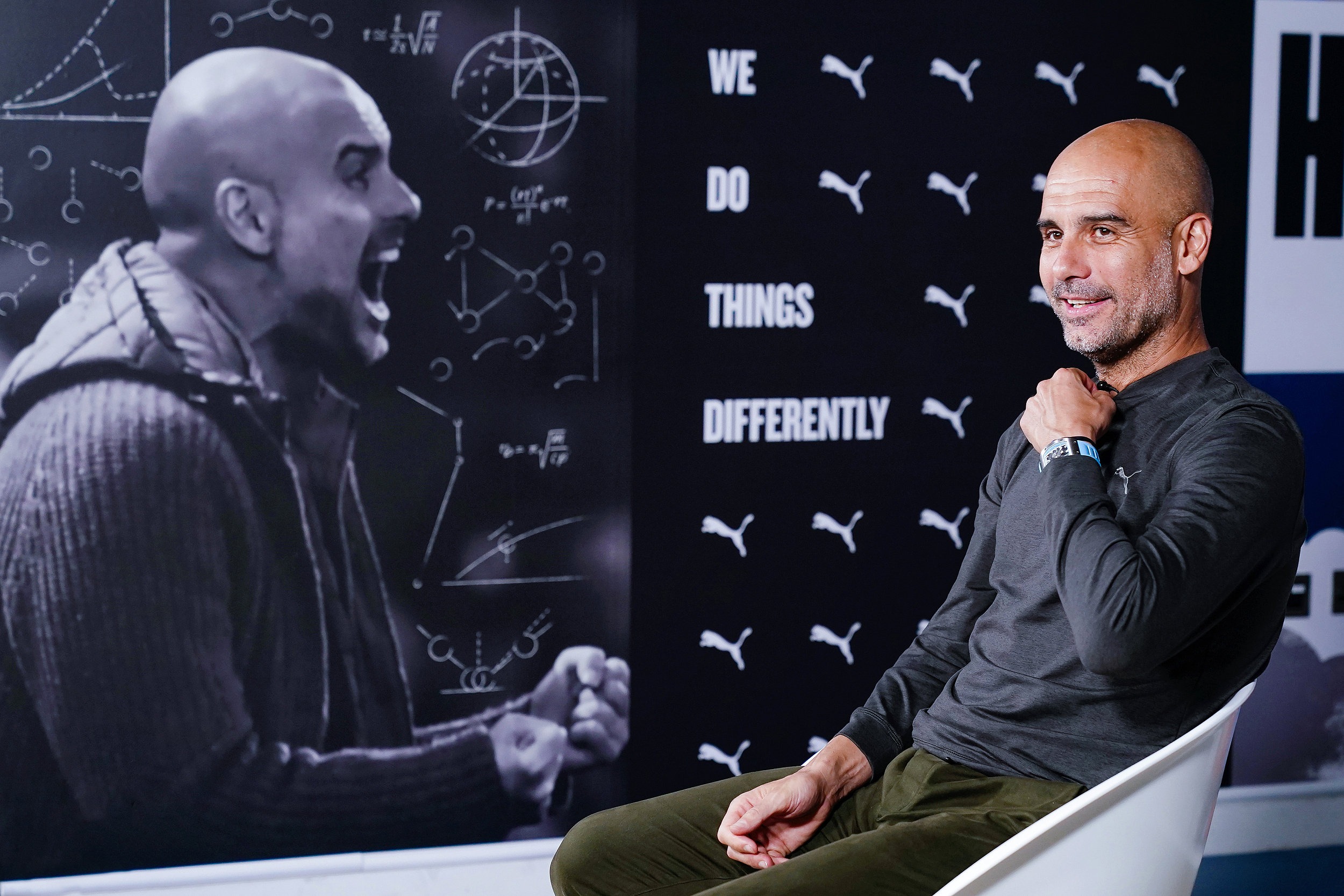 Pep Guardiola's current five-year stay is already the longest commitment he has made to a football club since becoming a manager in 2008. /CFP

Pep Guardiola's current five-year stay is already the longest commitment he has made to a football club since becoming a manager in 2008. /CFP

It is believed even City chairman Khaldoon Mubarak and the club's other powerbrokers weren't expecting Guardiola to make his decision at this stage. But they will be grateful Guardiola has put the uncertainty behind him and can now focus on getting back in the Premier League title race.

City, who travel to Tottenham on Saturday, are currently languishing in 10th place, six points behind leaders Leicester with a game in hand.

"It is testament to the qualities of the man that Pep Guardiola's passion and intelligent approach are now woven into the very fabric of the football we play and our culture as a club," Mubarak said. "That impact has been central to our success during his tenure and it is why I am delighted that he shares our view that there is so much more to be achieved both on and off the field.

"Pep's contract extension is the natural next step in a journey which has evolved over many years. It is a product of the mutual trust and respect that exists between him and the entire club. It also goes to the stability and creativity at the heart of our football operations.

"Importantly, it is a validation of the football structure and philosophy that has been built over more than a decade and to which he has contributed so much."

City have won 181 of 245 matches in Guardiola's reign and set Premier League records en route to winning the 2017-18 Premier League title with 100 points.

They were champions again in 2019 but finished 18 points adrift of Liverpool last season.

Advancing past the Champions League quarter-finals for the first time since he took charge of City in 2016 is also a major goal for Guardiola, who last won Europe's elite club competition with Barcelona in 2011.

Guardiola may consider a move for Barcelona forward Lionel Messi in January after the Argentine, who is out of contract at the end of this term, asked to leave in frustration at the Spanish club's troubles in the close season.