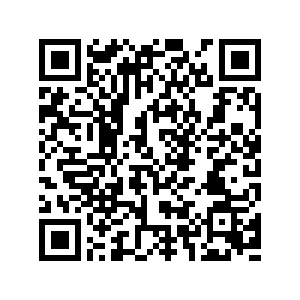 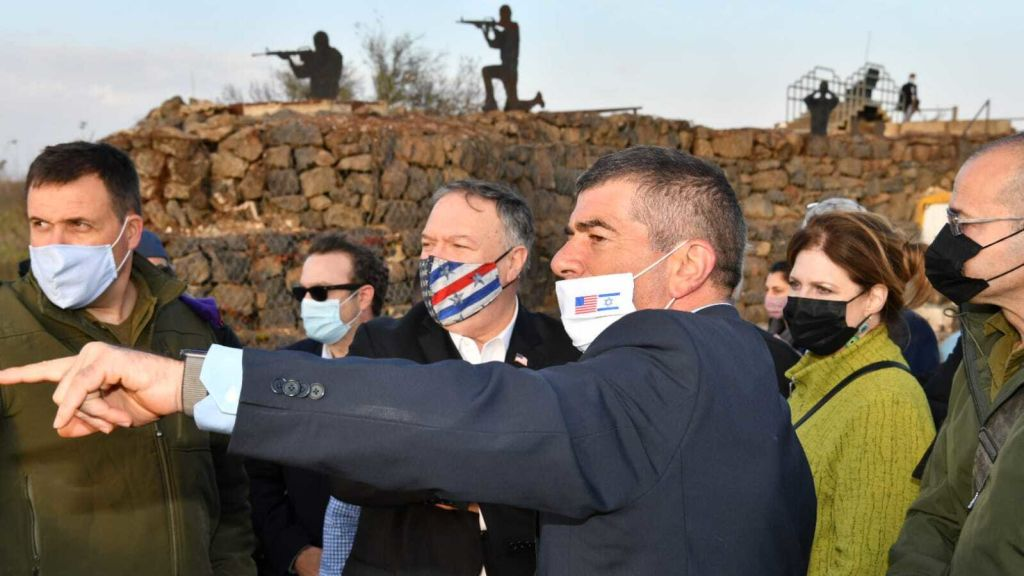 U.S. Secretary of State Mike Pompeo kicked off presumably his final trip to Israel this week by becoming the first Secretary of State and the highest ranking U.S. official to visit an Israeli settlement in the occupied West Bank on November 19. The settlements have long been deemed a violation of international law, which follows Pompeo's pathological disdain for international law and order, and his visit will make attempts at peace in the Middle East much more difficult moving forward.

The secretary's visit, something of a farewell tour as he begins a heartbreaking exit from office, was also accompanied by several other provocations. The State Department issued a decision that it would initiate new guidelines that would require goods produced in "Area C" territories in the West Bank to be marked as "Made in Israel," or something similar, when exported to the United States. Area C refers to the area in the West Bank under de facto Israel control but is not internationally recognized as part of Israel.

Standing with the so-called "reality-based foreign policy approach" of President Donald Trump, the State Department under Pompeo's leadership has upended the agency's own long-standing legal opinion that Israeli settlements are "inconsistent with international law." Even as early as 2017, the first year of Trump's administration before Pompeo even took office, U.S. officials were instructed to drop public references to the West Bank and the Golan Heights as "occupied territories."

Pompeo also visited the Golan Heights, a region illegally occupied by Israel that was captured from Syria during the 1967 Six-Day War.

"You can't stand here and stare out at what's across the border and deny the central thing that President Donald Trump recognized, what the previous presidents have refused to do," Pompeo said, referring to the U.S. president's 2019 decision to recognize the territory as part of Israel in a decision almost universally condemned by the international community.

At various points so far in his trip, he criticized both sensible American officials and the European Union over the "de-legitimization" of Israel by recognizing fundamental international law. According to him, labeling products made in Palestinian territory helps to "facilitate the boycott of Israeli companies."

This follows another provocation that Pompeo made, which was announcing that the U.S. will regard the Palestinian-led boycott movement as "anti-Semitic" and cut off government support to any organization taking part in it.

"We will immediately take steps to identify organizations that engage in hateful BDS (referring to the Boycott, Divestment and Sanctions movement) conduct and withdraw U.S. government support for such groups," he said, adding that all countries must "recognize the BDS movement for the cancer that it is." 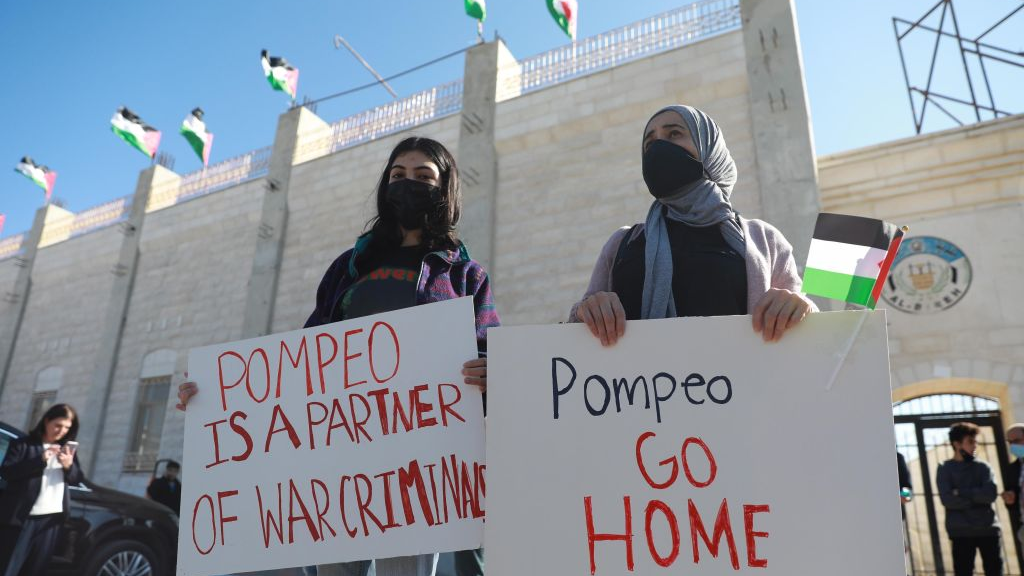 This hateful and provocative language reflects how the secretary views the Palestinian people and their legitimate claims to sovereignty, also well noted in the fact that he has not planned any visits with Palestinian leaders.

It is impossible to actually categorize the head U.S. diplomat's behavior as diplomacy at this point if he's willing to act in such defiance of international law and refuse to meet with the Palestinian side (or the Syrian side for that matter), but his office has apparently coined a new phrase for this style of "diplomacy."

CNN White House correspondent Kaitlan Collins tweeted, "Reporters traveling with Secretary Pompeo were just given this readout of his trip to Israel: 'The Secretary's visit highlights U.S. government support of Israeli businesses in the West Bank to operate free from international sanctions as part of the Pompeo Doctrine.'"

What exactly does this refer to? It seems that Pompeo is trying to immortalize himself after a failed stint as the head U.S. head diplomat behind a failed president by making harmful changes to decades-spanning U.S. foreign policy. Pompeo might be imagining that one day his anti-diplomatic Pompeo Doctrine will be taught in schools and printed in textbooks, and hopefully he's correct in that it'll be taught to future leaders as a clear example of how diplomacy should not be conducted.

Pompeo may be forgetting that he is indeed the head American diplomat and no longer the director of the Central Intelligence Agency (CIA), which means he no longer has a license to lie, cheat and steal, but is expected to behave like a rational human being. It means that he should deal with facts, abide by international law and speak in clear terms, not political doublespeak.

Pompeo may have also forgotten that he's not currently an elected official. It means that political ambitions should be left at the door and carrying out successful policy that benefits and properly represents the interests of the American people should be the main priority.

Though he sees himself as a saintly martyr when he stands alone in the world in advancing one dangerous policy after another, he reeks of sulfur to any sensible world leader – most of whom are counting the days until he leaves. The world will undoubtedly be a safer and better place when the Pompeo Doctrine is overturned.