RCEP is not the EU's enemy
Keith Lamb 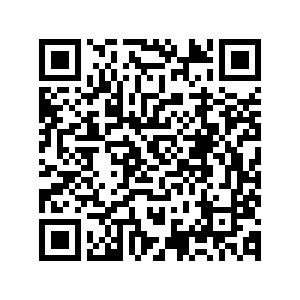 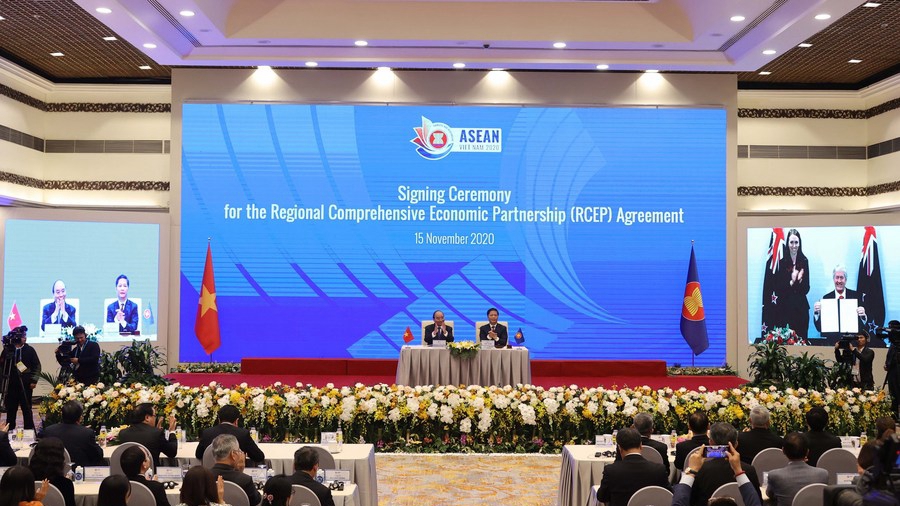 The signing ceremony of the Regional Comprehensive Economic Partnership (RCEP) agreement is held via video conference in Hanoi, capital of Vietnam, Nov. 15, 2020. /Getty

The signing ceremony of the Regional Comprehensive Economic Partnership (RCEP) agreement is held via video conference in Hanoi, capital of Vietnam, Nov. 15, 2020. /Getty

Manfred Weber, the leader of the European People's Party, which is the biggest in the European Parliament, believes that the recently inked Regional Comprehensive Economic Partnership (RCEP) is a threat to the Western world and Western values.

In an interview with the South China Morning Post he said: "If we look at the new China Pacific trade agreement, the RCEP, Europe and the U.S. should see this as a wake-up call to join forces… China is absolutely an enemy to the EU's ideas about the European way of life, to how we define what our society should look like."

Importantly, the RCEP agreement is between states with diverse values and political-economic systems. Members include the ten ASEAN nations as well as Japan, China, South Korea, Australia and New Zealand.

Therefore, to imagine that the RCEP is some sort of abominable China-centric plan to counter Western values is to ignore the fact that two Western states Australia and New Zealand voluntarily signed up to it. These two liberal democracies are also joined by Japan and South Korea as well as ASEAN member states that follow electoral democracy. Consequently, RCEP is not anti-liberal democracy either.

RCEP instead reflects the tide of our times which is the turn to multilateralism, and international democracy. Here, states voluntarily engage in trade agreements regardless of what political-economic system they follow.

RCEP is hardly Chinese-dominated and to imagine this to be true patronizes the other powerful members. For example, ASEAN, Japan, Korea, and Australia are all economic "heavyweights."

States made the decision to join RCEP primarily based on whether they saw it as a benefit to their economy. For example, India decided not to join RCEP, not because it feared China, or that the RCEP, would threaten its liberal democracy, but because it feared cheaper imports would stymie its economic development.

The fact is globalization is now increasingly driven by developing states, with their own unique political-economic systems. In recognition of this fact former colonial powers, who seek to enforce their systems onto others, need to be more open-minded and cooperate with all.

This sentiment, in fact, is what also sets ASEAN apart from the EU. ASEAN joins hands with disparate political-economic systems while the EU imposes conditionality on its members. It is not about one way is better than another. Instead, it is merely about recognizing that systems differ and this isn't necessarily a bad thing. 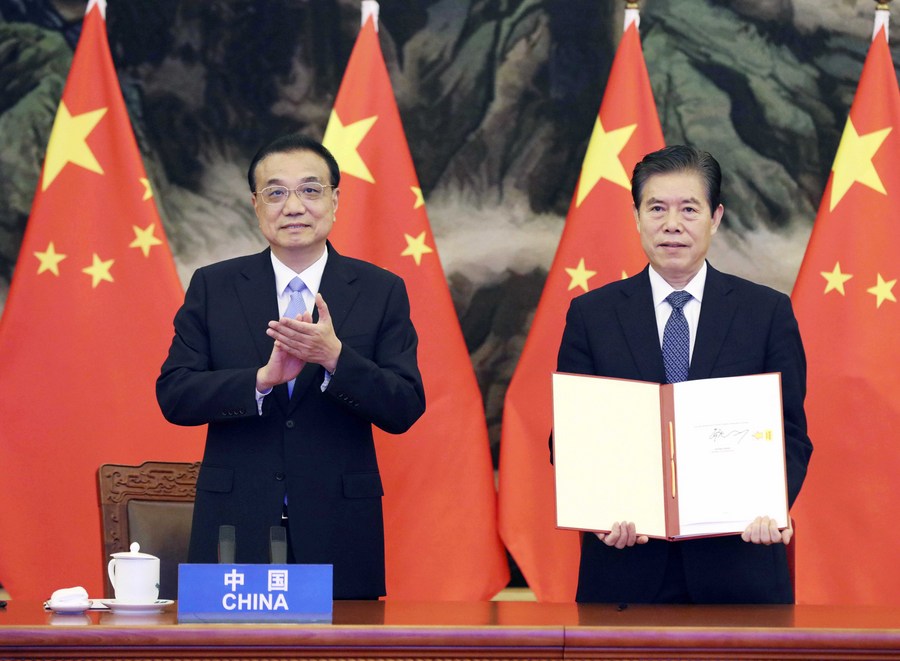 Chinese Premier Li Keqiang attends the signing ceremony of the Regional Comprehensive Economic Partnership (RCEP) agreement after the fourth RCEP Summit, which is held via video link, at the Great Hall of the People in Beijing, capital of China, Nov. 15, 2020. /Getty

Chinese Premier Li Keqiang attends the signing ceremony of the Regional Comprehensive Economic Partnership (RCEP) agreement after the fourth RCEP Summit, which is held via video link, at the Great Hall of the People in Beijing, capital of China, Nov. 15, 2020. /Getty

Indeed, there is something rather odd when developing countries from the South can be grown up enough to "live and let live" while some supposedly "mature" Western developed states believe it's "their way or the highway."

The darker truth, of course, is that Western states do more than their fair share of "dark dealings" with non-liberal democracies. Consequently, the EU and the U.S. need to be less outwardly ideological with their foreign policy and face up to the fact that the spreading of their liberal democracy is primarily for instrumental purposes rather than principled ones.

China already is open in that it doesn't enforce conditionality onto states it trades or gives loans to. The fact is conditionality pressed onto developing states, through the U.S.-led Washington consensus, was to the severe detriment of many developing states who adopted Western advice to liberalize their political-economic systems.

China's live and let live principle isn't a threat to the EU because China doesn't demand that the EU, or indeed anyone else, be like them. The danger of China is that it sets an example that development can arise independently from Western domination and Western systems. In turn, the danger of RCEP, and institutions such as ASEAN, is that they further break up the Western ideological monopoly which has dictated to the world that development and modernity only arises from liberal democracies.

In terms of the U.S. and the EU, they already have very close ties. For some members of the EU, ties are too close already and come at the detriment of Europe's development. For example, the Nord Stream pipeline saga clearly shows that even "like-minded" liberal democracies can curtail independent choices between sovereign states and thus curtail international democracy.

Recently, in the context of the capricious and unilateral nature of U.S. foreign policy, France's President Macron made comments that for Europe to be truly independent it needs its own military force and that it can't rely on the U.S. for protection. I would further add that it needs, even more, its own Facebook, Google, Amazon, Apple and Microsoft too.

At the end of the day, even the EU, which follows democratic socialism, differs greatly from the U.S. system. With this in mind, the EU must be cognizant that it can, and should, work with partners from all civilizations and systems. Indeed, if the EU seeks to craft its own independent path, within our emerging multipolar and democratic world order, then this advice must be taken seriously.