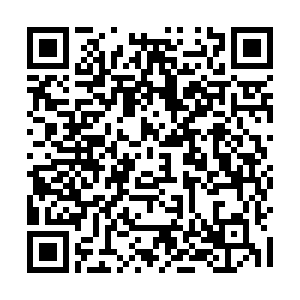 Sweet has an intimate relationship with romance. Take the word "sweetheart" which depicts someone in a romantic relationship. But is some of the sweetness disappearing in China when it comes to young people? That is a question of sorts that is being hotly debated on Chinese social media.

A recently posted Chinese News Weekly online survey on why more and more young Chinese are unwilling to start relationships got 600 million views, following a similar survey done in Japan.

Earlier this week, a research team from the University of Tokyo reported that the population of Japanese females who were unwilling to get married or start a relationship increased to 40.7 percent in 2015 from 27.4 percent in 1992. Among males, the number went up to 50.8 percent in 2015 from 1992's 40.3 percent.

In the Chinese poll, 622,000 people listed their reasons for stalling on love from four options given. More than half of them (52.41 percent) think that the romance market wastes money, time and energy. Around 156,000 participants admitted that they found it hard to meet the right partner, while 129,000 cite low desire caused by stress from everyday life or work.

Some 12,000 participants chose the fourth option of "other reasons," and having left their comments, mostly think that a romantic relationship or marriage would tie them down. 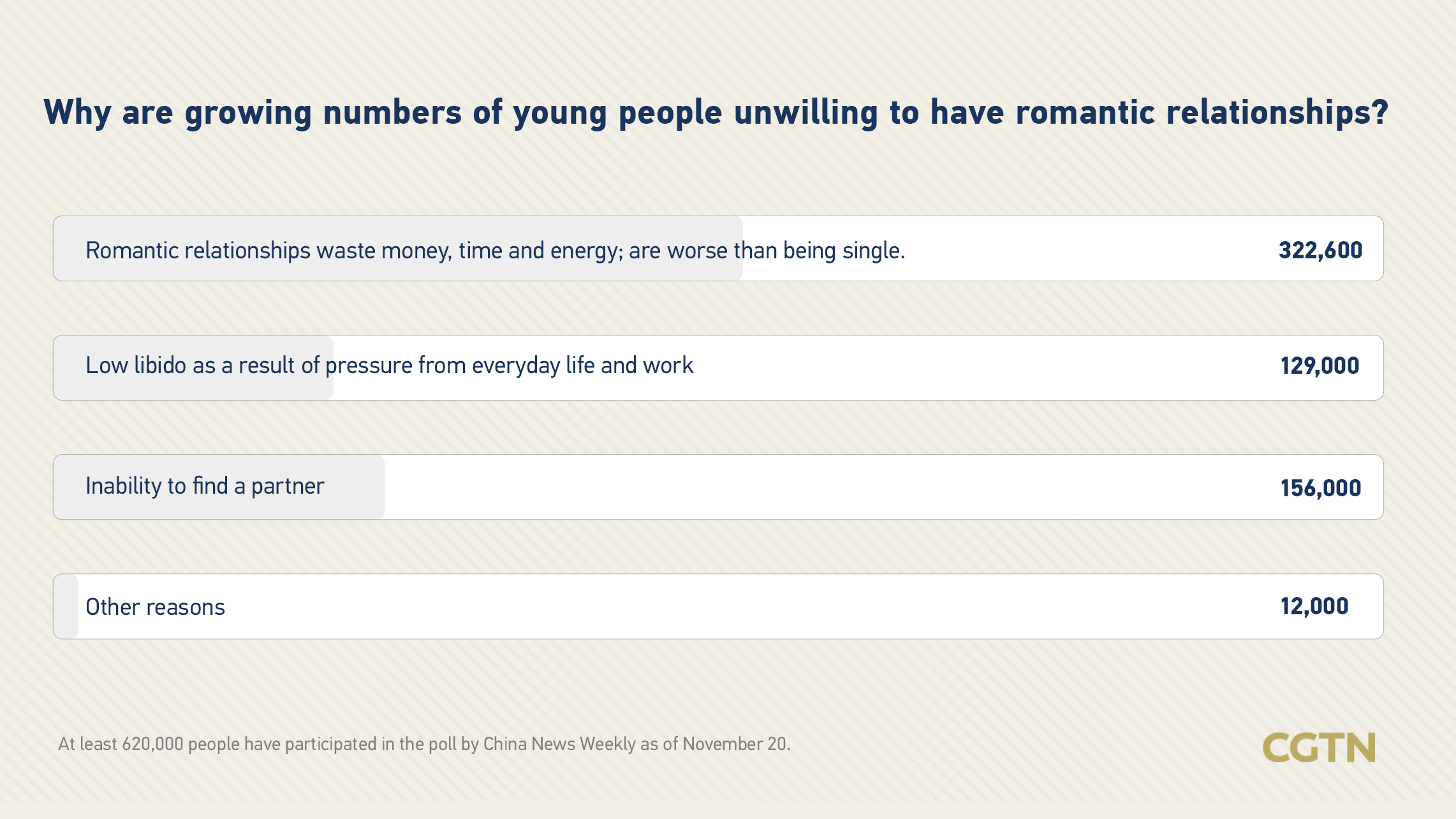 The China News Weekly poll result as of November 20. /CGTN

The China News Weekly poll result as of November 20. /CGTN

"Getting married means to become a babysitter," a Weibo user said in a frank comment that earned over 33,000 likes. Another said, "Being single means being carefree. If I were in a romantic relationship, I would have to take into account each other's feelings." She also added that after marriage most wives would have to take on a greater share of housework and child-rearing and to look after the parents on both sides.

One of the participants said a lot may not have experienced romance because they had heard negative feedback from their friends or colleagues. "It would cause them not to long for a romantic relationship and then they will find it hard to get the right partner," the participant added.

A recent study on sexual and reproductive health among university students by Tsinghua University and the China Family Planning Association resonated with the online poll. A survey in the study done among over 545,000 students in 1,764 universities around the country showed that the singles population accounted for 66.47 percent of the national total, including those who remain single for a fairly long time and those who are currently single. When asked about their romantic intentions, around half of the male students said that they would like to go with the flow while females with the same view accounted for 64.4 percent. Those who are really eager to have a relationship took up only 15.9 percent for men and 6.21 percent for women.

Similar surveys have also been done in some other Asian countries, indicating that the unmarried population is on increase. In Singapore, the proportion of single women aged 25 to 29 went up from 60.9 percent in 2007 to 68.1 percent in 2017 while among men, the proportion reached 80.7 percent in 2017. In South Korea, the percentage of unmarried men between 25 and 29 years old even rose to 90 percent in 2015 from 64 percent in 1995, according to the Korean Institute for Health and Social Affairs.

The marriage rate in China has declined from 9.9 per thousand in 2013 to 7.2 in 2018, Xinhua News Agency said, citing the statistics of the nation's Ministry of Civil Affairs.