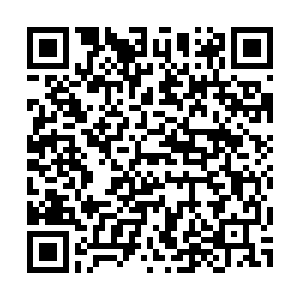 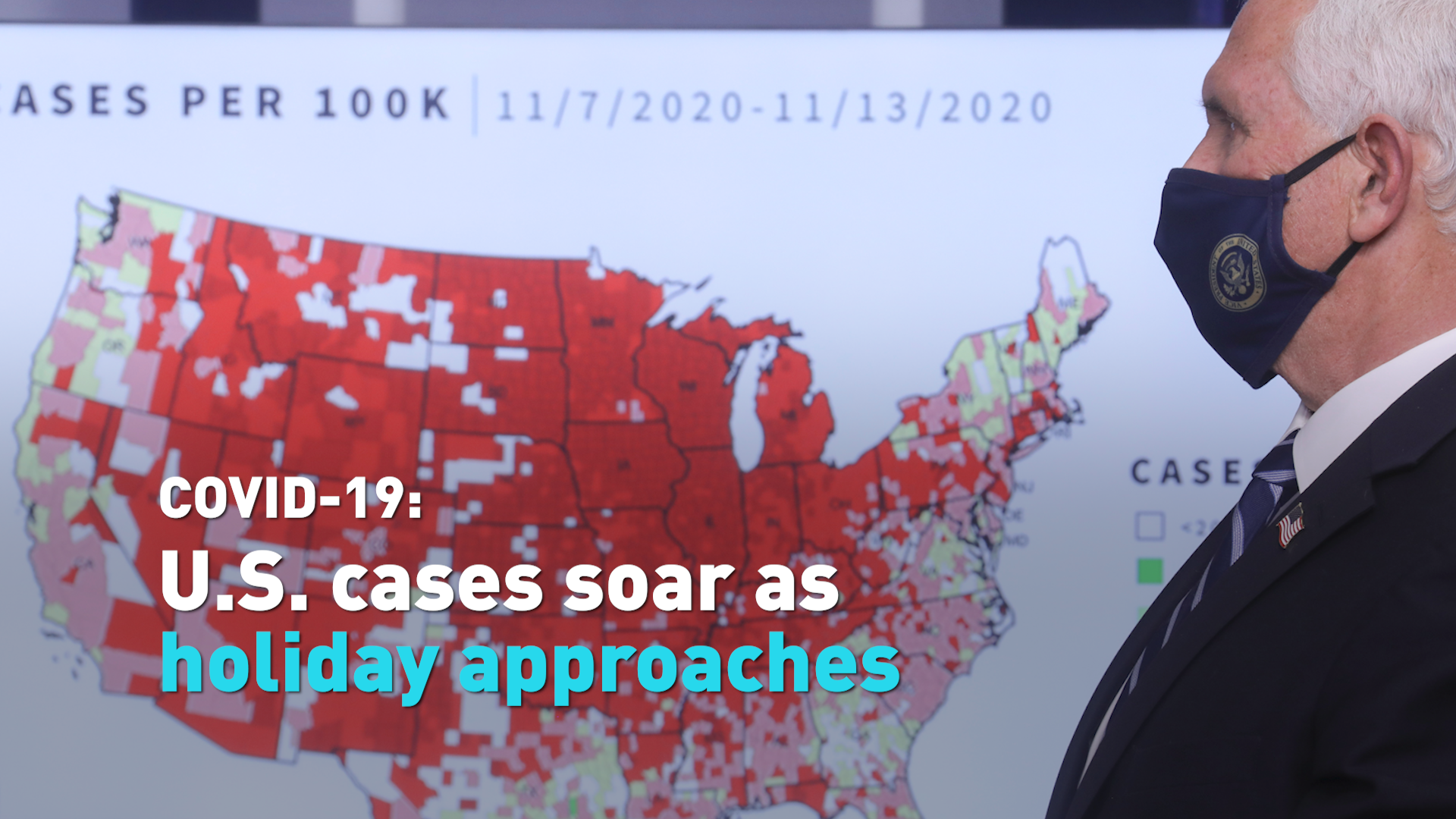 The surging coronavirus is taking an increasingly dire toll across the U.S. just as a vaccine appears close at hand, with the country now averaging over 1,300 COVID-19 deaths per day — the highest level since the calamitous spring in and around New York City.

The overall U.S. death toll has reached about 254,000, by far the most in the world. Confirmed infections have eclipsed more than 11.8 million, after the biggest one-day gain on record Thursday — almost 188,000. And the number of people in the hospital with COVID-19 hit another all-time high at more than 80,000.

COVID-19 deaths in the U.S. are at their highest level since late May, when the Northeast was emerging from the first wave of the crisis. They peaked at about 2,200 a day in late April, when New York City was the epicenter.

Among the newly infected high-profile Americans is President Donald Trump's eldest son, Donald Trump Jr., who a spokesman said Friday has no symptoms and has been quarantining since learning of his diagnosis earlier this week. 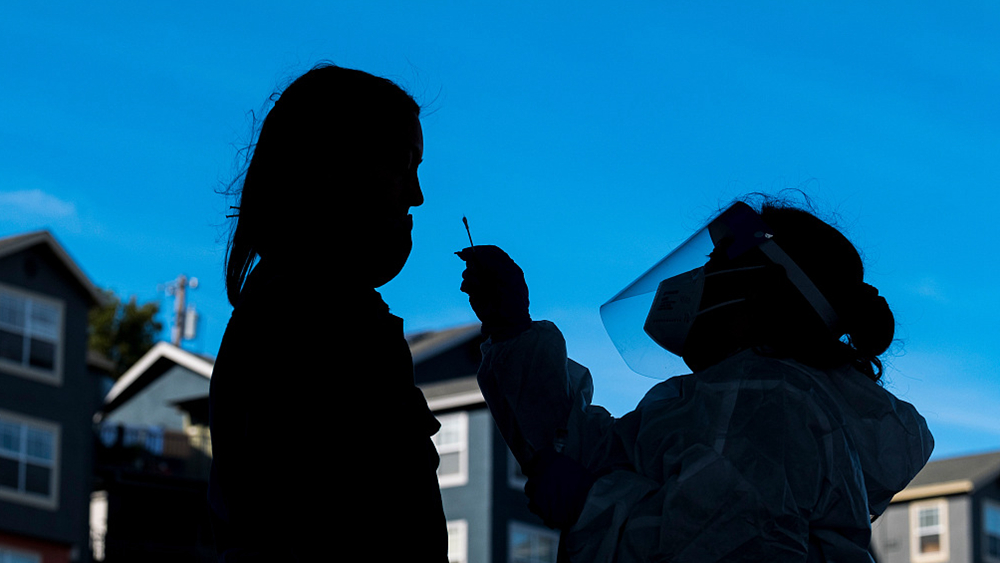 States in face of the surging cases

With health experts deeply afraid Thanksgiving travel and holiday gatherings next week will fuel the spread of the virus, many states and cities are imposing near-lockdowns or other restrictions. California ordered a curfew from 10 p.m. to 5 a.m. starting Saturday, covering 94 percent of the state's 40 million residents.

The curfew affects 41 of the state's 58 counties. Its impact will depend heavily on voluntary compliance. Some county sheriffs have said they won't force people making nonessential errands to stay home after 10 p.m.

The curfew is less strict than the near-total ban on nonessential business and travel that Democratic Governor Gavin Newsom imposed in March, which he credited with flattening the rate of COVID-19 cases.

In Texas, Republican Governor Greg Abbott has ruled out another shutdown and singled out El Paso County leaders for not enforcing restrictions already in place. The state's attorney general, Ken Paxton, likened the county's chief administrator to a "tyrant" after Paxton won an appeals court ruling blocking local leaders from shutting down gyms and other nonessential businesses. 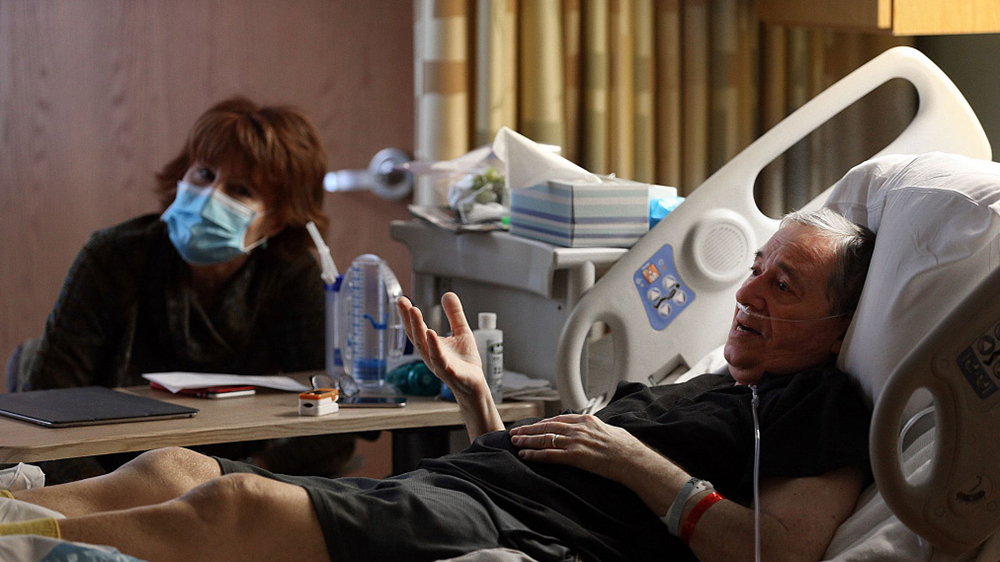 In Kansas, new cases have risen to an average of over 2,700 per day, nearly four times higher than a month ago.

In rural western Kansas, the number of people seeking testing at a Kearny County clinic doubled over the past week to about 80 per day, said Dr. Lane Olson, a family practice doctor.

Ducey's chief of staff, Daniel Scarpinato, pushed back on the request, saying the mayors are doing little to enforce their own mask ordinances or ensure that existing safety measures put in place by the governor are being enforced. 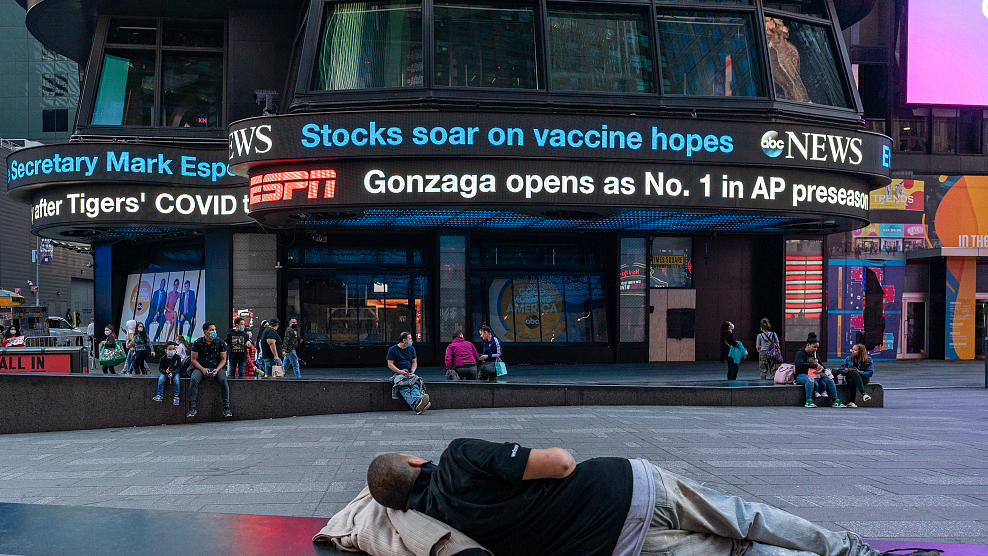 Vaccines still months away for most people

Amid the bleak new statistics, Pfizer said Friday it is asking U.S. regulators to allow emergency use of its COVID-19 vaccine, setting in motion a process that could make the first, limited shots available as early as next month, with health care workers and other high-risk groups likely to get priority.

But it could take months before the vaccine becomes widely available. Pfizer has said the vaccine appears 95 percent effective at preventing the disease.

Earlier this week, another vaccine, from Moderna, is reportedly 94.5 percent effective. The company said the vaccine did not have any serious side effects.