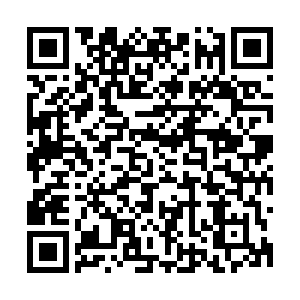 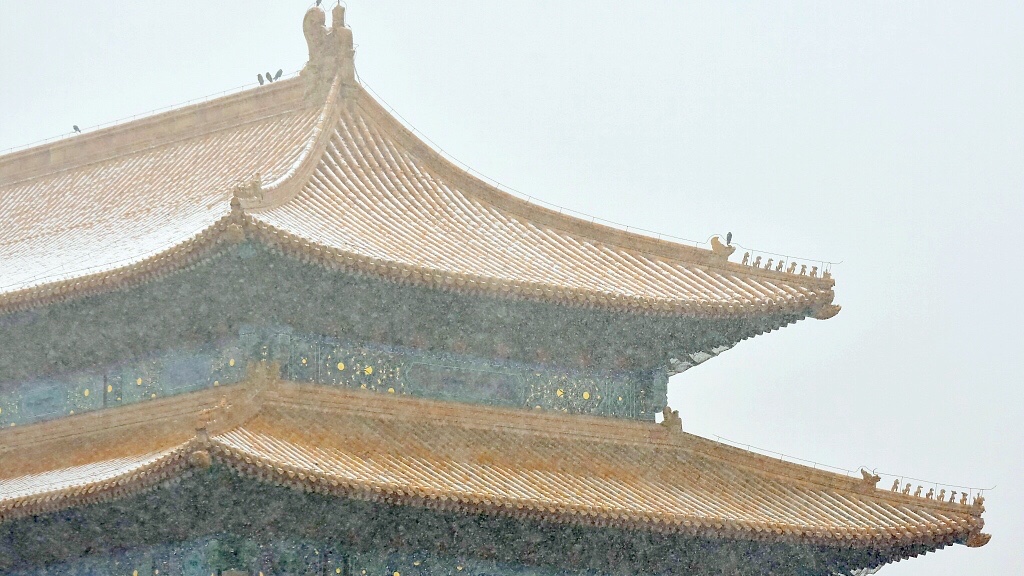 Some suburban areas in Beijing saw light snow, a temperature drop, and strong winds from Wednesday evening to Friday morning. In northwest Beijing's Yanqing District, the area's mountains saw their first snowfall of the season on Thursday.

On Changchi Highway in Xiangying Township, all of the mountains and plains were covered with a thin layer of snow. Snow-covered trees glittered while the winding roads stood out among the white tapestry.

In Sihai Town, snow fell on the pine trees, creating a beautiful wintry scene, enticing enough for passersby to stop for photos.

"I saw it snowing just as I passed by here, so I couldn't help but stop to take some photos. Because Yanqing today welcomed its first snow of this winter, I can feel winter's atmosphere," said a tourist.

Looking north from Yongning Pavilion at the Beijing Garden Expo Park on Thursday, visitors could see the newly white-capped Haituo Mountain, the core area of the Beijing 2022 Olympic Winter Games. 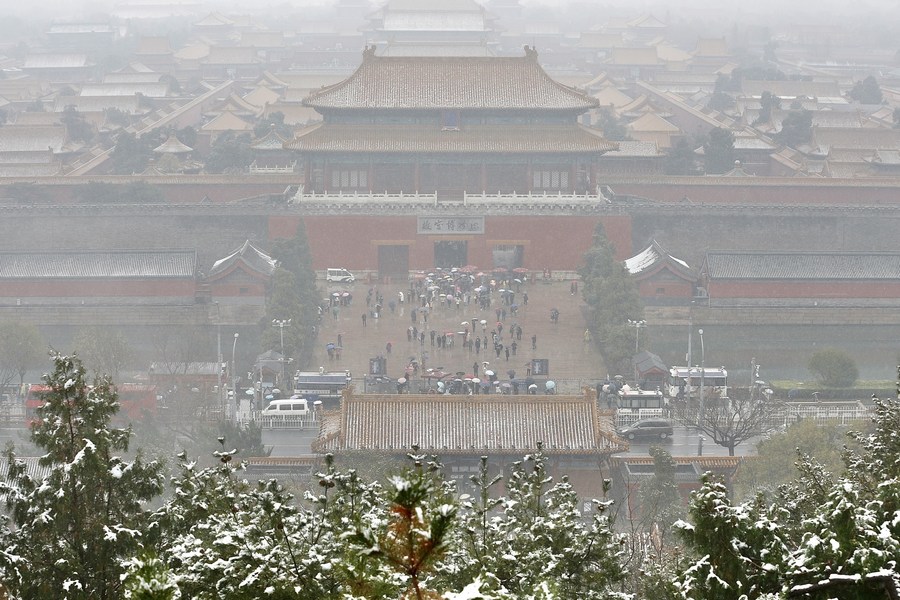 Visitors at the Forbidden City marked the early arrival of winter as flurries fell on the 600-year-old former imperial palace.

The palace's red walls and yellow tiles, as well as bronze statues of lions and spinal animals, glistened with a thin layer of snow. The flurries enhanced the beauty and tranquility of the famous Beijing landmark.

Tourists walked around the scenic area on Friday, just as the sun emerged after the brief snow shower. The scenery shifted with each moment, as the sun glistened off the snowflakes and the breeze blew layers of mist off the lake in the distance.

The temperature will remain low for the next week, according to Beijing Meteorological Observatory's report.