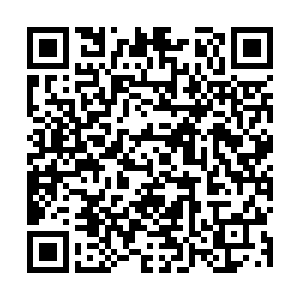 A vital part of poverty eradication in China has been improving health care coverage for its poorest people. That has been put to the test by the COVID-19 epidemic.

China's central government is making sure that in this case, everyone will be treated even if they can't afford to pay themselves.

"According to reports we have received, outbreaks in poor regions were very quickly brought under control. Prevention and control methods helped," said Li Bin, China's vice-minister of the National Health Commission, at a press conference on Friday.

The coronavirus epidemic created concerns that it might slow progress in poverty eradication and health care improvement.

Officials told CGTN that epidemic control and previous fund injections have helped prevent such a situation from occurring.

According to official data, China now has the world's largest basic health care network, covering 95 percent of the population, or 1.35 billion people.

Since 2018, the central government has invested 12 billion yuan, or about $1.8 billion, each year to improve the medical conditions for people in the poorest regions.

Meanwhile, 36.7 billion yuan ($5.5 billion) has been used to finance 230 million people living in poverty to get health care coverage in the past two years.

"We make sure each township has a qualified medical station, an equipped medical room and a qualified doctor, in place," Li said.

While the health care network is being built, officials want to ensure that no one will return to poverty for getting ill. The preventive measures have been proved effective.

The government has lowered some costs. The prices of more than 110 medicines have been reduced by 54 percent, saving a total of 53.9 billion yuan, about $8.2 billion, for those who need midication.

When it comes to anti-cancer drugs that have sparked huge debate for their rarity and high prices, the fees for 17 kinds of drugs in the category were cut by more than half in 2018. The following year, negotiations led to a drop of up to 60.7 percent in the cost of 70 kinds of drugs.

Officials have also cut down on administrative procedures for individuals to get reimbursement for medical bills.

Deputy Administrator Chen Jinfu of the National Healthcare Security Administration said the department "will continue to work with other departments and share information on health care coverage making sure no one is left out."

The National Health Commission has sent out teams of 800,000 medical workers in the past five years to assess medical conditions in poor regions.

Li said the survey is followed by healthcare coverage policy that makes sure everyone is being covered. Those with serious diseases have designated hospitals for treatment.

The system is backed up by a monitoring framework to locate people who are poor and do need help.

According to Li, this is how the world's most populated country gets its healthcare system to cover people living in poverty.