Sidelines | Growing up with emojis
CGTN 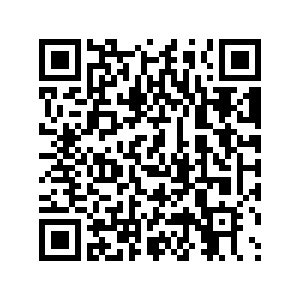 The Chinese messaging app WeChat introduced several emojis into its official stock on Thursday, and the old flat smiley face has suddenly split up.

Take the simplest of all emojis, the round smiley face, cut it in half along the axis, and there you have it.

Despite some discrepancies over details, different accounts of the emoji's provenance found online all boiled down to some social media cliché: a viral moment when an internet celebrity accidentally said "I'm about to explode," reportedly in frustration during a video game livestream, and somehow sticking to social media's collective memory in the form of a hashtag long enough for the WeChat's coders to notice and visualize it.

Upon seeing it, one would guess it stands for a schizophrenic kind of mindset. But what it's intended to denote can be a little more elusive, more so if explained in English: somewhere between "exploding with annoyance" and "grin and bear it," probably closer to the former, as agreed by the emoji gurus from CGTN's Social Media Desk.

Like verbal vocabulary, emojis can be a culturally exclusive currency that makes little sense to people outside its territory of circulation. Many emojis popular with Chinese youngsters today have features and usages that puzzle not only non-native speakers but also local users that are less social media savvy. Amusing reports have surfaced across China that befuddled schoolteachers are offered training sessions on the subtleties of the emojis their students take for granted.

Whether the teachers will ever succeed in catching up is in doubt. The bank of emojis is multiplying with completely new designs as well as mutants of the old ones that could go out of currency overnight, not to mention the shifting nuances attached to them, conditioned by the contexts and also subject to individual interpretation.

The smiley face emoji of which the schizophrenic looking new one is a variation, for example, does not serve to signal nodding in agreement or approval anymore. If you ever receive it from a Chinese friend, beware it's more likely implying "nonsense such as your words are, I'm putting up with them," politely, one step short of a snub.

Now in two halves, the old smiley face's "couldn't-be-bothered" undertone has been enhanced by a notch to suggest "I am seriously bothered now that my smile is broken but still hanging" or "hanging but broken," depending on which sentiment you want to highlight the most with the split face.

With hundreds of millions of users, WeChat can hardly launch any new product without causing fanfare. The booming need for more creative and personalized self-expression also contribute to the multiplication of emojis and digital stickers. Similar sensation comes wave after wave with new ideas and hashtags, but they also dwindle as fast as users get used to the new things.

The interesting phenomenon is that, increasingly, the emojis have started conveying subtle emotions. They are no longer a visual substitute for words, which prioritizes straightforwardness. They have become a capsule of meaning that, if dissolved, would translate into a lengthy explanation. The psychological narrative embedded in the emojis like the smiling split face reflects the inner conflicts characteristic of young people's socialization. Through the emojis, they find many who are sharing their frustration, struggle and confusion. Together their voice has been magnified, and these feelings that usually stop on the tip of one's tongue now find their way out through the tip of the fingers. With more sophisticated emojis, it almost feels as if China's social media psychology is growing out of its puberty – the grown-up world is full of confrontation and even more compromise; a forced smile is exhausting but necessary.

And it could be a positive social trend if this is the rationale behind the youngsters' exchanges of the split face emojis. On this optimistic note, maybe we can force another hopeful spin on the interpretation of the torn smiley face: No matter how annoyed we feel about the people with whom we cannot see eye to eye on crucial issues, let's try to put up a smile and continue to talk with them instead of descending rapidly into a shouting competition. In the digital "echo chamber," where only the voice that agrees with ours tends to get reinforced in our ears, it's all the more important for people of opposing opinions to be patient and polite, quick to listen and cautious to dismiss. And an inviting smile is always a good start.