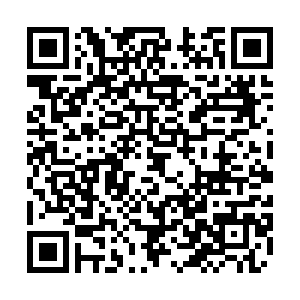 Battered by setbacks in a desperate bid to overturn the U.S. presidential election, President Donald Trump repeated unsubstantiated claims of voter fraud on Saturday and his allies tried to block official recognition of Democrat Joe Biden's victories in Michigan and Pennsylvania.

Two weeks after Biden declared victory, Trump, a Republican, has refused to concede and is seeking to invalidate or change the results through lawsuits and recounts in several battleground states. His campaign has not provided evidence for its claims of widespread and coordinated electoral fraud.

On Saturday, a group of Republican politicians and voters filed a lawsuit in state court in Pennsylvania arguing that a 2019 law that cleared the way for expanded absentee voting was unconstitutional. They sought to block authorities from certifying that Biden won 81,000 more votes than Trump in the state, and instead allow the Republican-controlled legislature to decide who won the election.

In Michigan, the Republican National Committee and the state Republican Party wrote to the state board of canvassers asking it to adjourn for 14 days to allow for an audit of ballots in Wayne County, which includes the majority-Black city of Detroit. The letter cited allegations of "irregularities" that have not been substantiated. Biden won 154,000 more votes than Trump in Michigan.

A spokesperson for the Michigan Department of State noted that Michigan law does not allow for audits before certification – due to take place on Monday – and said: "Judges initially appointed by both Republicans and Democrats have found allegations of widespread fraud to be wholly meritless."

Two leading Republican Michigan lawmakers who came to Washington at Trump's behest said after meeting him on Friday that they had no information that would change the outcome of the election in the state.

Trump said on Saturday that the media were misreading the statement, in which the pair also said they had faith in a review being conducted by Michigan lawmakers.

"Massive voter fraud will be shown!" Trump wrote on Twitter.

The Trump campaign now has two business days to request a recount in Georgia. Trump's legal team has also said it plans a lawsuit in the state, but has not provided specifics.