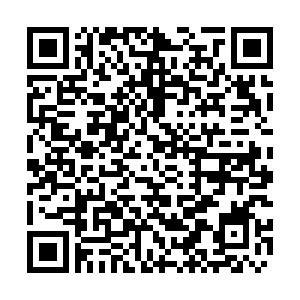 "This is not a civil war, though many media try to portray the current limited military operation as a civil war," Ethiopia's ambassador to China Teshome Toga Chanaka told CGTN on Monday, refuting this analysis on the conflict in Tigray, northern Ethiopia.

The Ethiopian federal government is now in the process of bringing them to justice: on November 19, an arrest warrant for 76 senior military officers, including generals, was issued. The Federal Police Commission accuses the generals of treason. Besides the legal actions, the military operation continues.

Prime Minister Abiy Ahmed on Sunday tweeted that the second phase of the law enforcement operation in the Tigray Region had been successfully completed and the operation had entered its final and crucial round of capturing the regional capital of Mekelle to bring the criminals to justice. But 72 hours were given to the Tigray regional government to surrender before a military offensive on the city.

There have been concerns about the conflict spreading in the region, but Teshome disagreed.

"I don't think there will be a spillover effect of the current situation in the Horn of Africa for two reasons," he told CGTN, explaining it was an internal conflict with a very clear target and a very limited operation, that does not cover the entire country.

Still, the United Nations has said that more than 33,000 people have fled the violence in the Tigray region.

"We do understand the concerns because we have refugees, as you said in Sudan. And that's why we are working to bring them back," Teshome said, adding that the federal government has established a task force to deal with the refugees and bring them back once safe corridors are ready.

As an emerging economy, Ethiopia has attracted a lot of foreign direct investment. But the recent conflicts and tensions have worried foreign investors.

"We have a responsibility and obligation to protect all civilians regardless of their origin, both Ethiopians and foreigners, and we are trying to do that. We'll also try to protect and preserve property both public and private, both domestic as well as foreign ones, also the projects owned by foreigners," Ambassador Teshome emphasized.