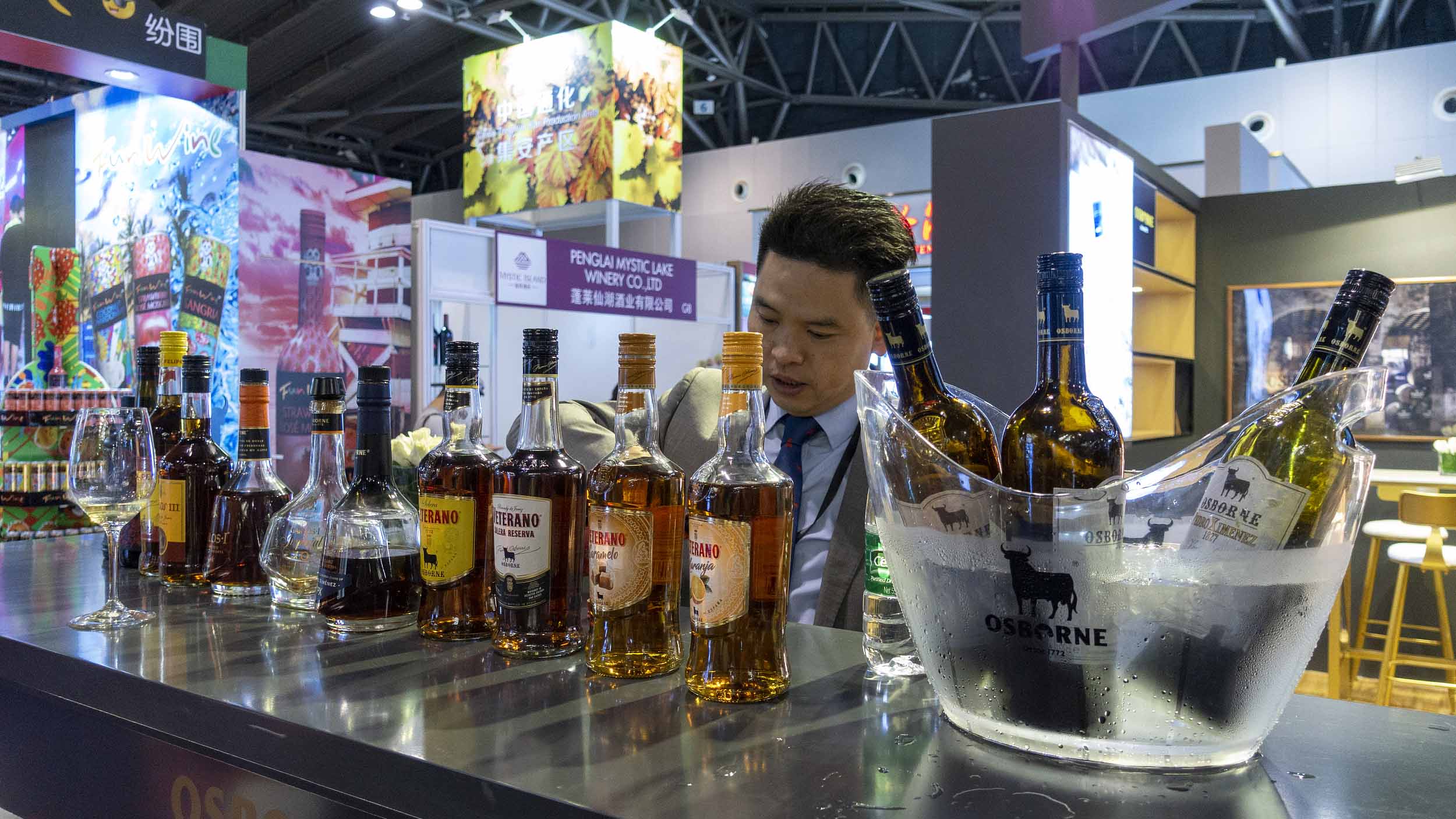 For liquor makers, the road to winning the Chinese market passes through the hearts of the country's youth.

Data by online shopping website Tmall shows that consumers between 18 and 29 are responsible for half of the spirit sales on its platform – an intoxicating news for foreign liquor makers.

The coronavirus pandemic might have brought some challenges to the alcohol market at the beginning of the year, but consumption of spirits has now fully recovered, especially with the rising purchasing power of the young.

Allen Peng, owner of Adash Bar in downtown Shanghai, says business now is better than last year. He's been a bartender for nearly eight years and believes that the younger people are most interested in exploring the concept of cocktails.

But why are young people growing an appetite for spirits, rather than beer or baijiu, a traditional Chinese liquor? Some say social media might have a hand, while others believe the demand is driven by the idea of trying something fresh and modern.

"It depends on where you are. It's better to drink spirits with close friends. Baijiu is a Chinese tradition just for special occasions, and I seldom drink beer because it fills me up," a young bar visitor told CGTN in Shanghai.

All this is heady news for foreign liquor makers. Whiskey maker Beam Suntory, for example, saw its sales jump by nearly 50 percent year-on-year during the just-ended Double 11 shopping spree. And there is a surprising number of bartenders who have become very popular on Chinese social media.

After weeks-long lockdowns, people are excited about getting out for a good time, driving up Suntory's China sales.

"Social media helps us to have more communication. People can talk and post information. Basically, younger consumers are interested in new products, especially those that feature high quality and good brands. That's the fundamental value that we see now in China," said Daisuke Aso, managing director at Beam Suntory China.

But these trends are not as new as one might think. A report by Tencent last year found that consumers aged between 18 and 24 increasingly prefer spirits and whiskey. Data by food delivery platform Eleme shows that in the first half of 2019, cocktail orders in the southwestern city of Chengdu saw a year-on-year increase of more than 150 percent.

"Regardless of the pandemic, China is very attractive. The economy is growing very strong. A lot of new things are happening here. China is definitely one of the markets leading the future trend. For us, it's also very important," said Beam Suntory's Aso.

Research firm Global Data expects China's alcohol market to reach a value of $450 billion in 2021, accounting for 47 percent of global consumption – news that is guaranteed to raise the spirits of spirits makers.