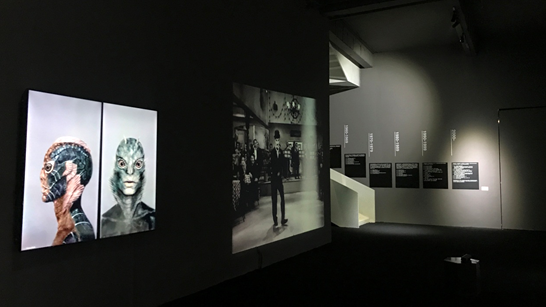 An exhibition presenting film storyboards and manuscripts is currently being held at the IOMA Art Center in Beijing's 798 art district. It's the first show of its kind in China.

"Avatar", "The Shape of Water", "Harry Potter" and classic films all come together here in one place, but in the form of storyboards and manuscripts.

Called "Before Light in Motion", the exhibition shows the original state and shapes of movies or cartoons.

One room has been set up to reconstruct a scene from the Oscar-winning 2017 film "The Shape of Water". Entering the room, with light and sound effects, viewers sense this is not a normal bathroom and can perfectly visualize the movie's main characters: Elisa and the mysterious creature. 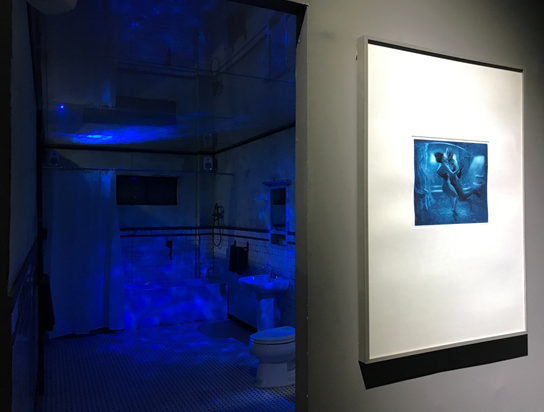 A room reconstructing a scene from "The Shape of Water". /CGTN

A room reconstructing a scene from "The Shape of Water". /CGTN

Walking through the space is just like wandering between dream and reality. Looking at the manuscripts and storyboards, the classic scenes from movies come alive and bring a new understanding of the figures and stories.

"This is China's first large-scale exhibition of a collection of storyboards and manuscripts. They play a crucial role in the movies, but in China we haven't approached them systematically," said Zhang Boshi, curator of the exhibition.

"This time, we've tried to bring together masterpieces from overseas and independent Chinese directors and their works, hoping it would help give momentum to the Chinese film industry. Here on the first floor, this section is called 'Tunnel'. We've put some important scientific and magic movies here; the meaning of movies is setting up tunnels, making audiences go back and forth between imagination and reality, past and future."

An array of young directors' works are also presented in this exhibition. Despite their high quality, they're little known to most audiences.

And this exhibition aims to give them more exposure.

"When we choose works, I hope we present different forms, such as scientific movies, cartoons including stop-motion cartoons and water-and-ink animations. And we have directors who strictly follow manuscripts and those that are more freestyle," noted Zhang. "We hope to present different sides of creating movies, and let more people know about the technology behind them and all the work that goes into what we see on the screen."

Interactive installations are also set up in the hall, inviting viewers to get more involved in the scenes.

The exhibition runs through March next year and will include movie reviewing events and seminars with insiders from the film industry.

(Cover image: The first floor of Exhibition "Before Light In Motion." /CGTN)