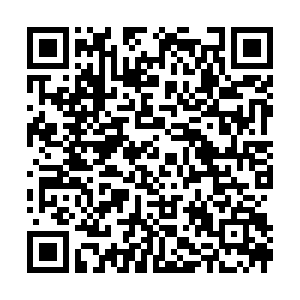 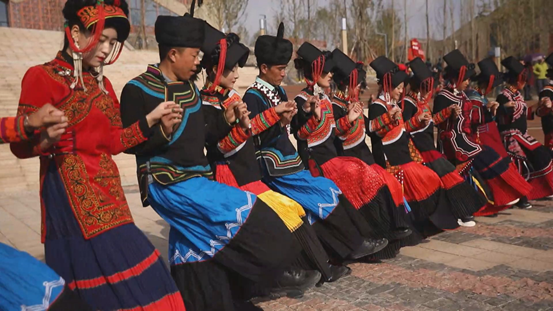 The grand festival this year in Liangshan held a special meaning as the whole region was just declared free of absolute poverty. Many have welcomed the New Year in their new homes after being relocated from remote mountain areas.

My colleagues and I went to Zhaojue, once one of the most impoverished counties in China, to see how locals were marking the important festival in a different way. It took us some 10 hours from the provincial capital Chengdu to drive there one day ahead of the New Year, which usually lasts for three days.

On the morning of the first day, we visited a family living in the Mu'endi community, the county's largest residential compound for relocated villagers.

When we arrived at 7:30 am, Luobi Shiha, her three sons and two nieces were getting dressed in their traditional regalia. The beauty of traditional Yi attire, especially for women, is arresting. From their embroidered jackets to pleated long skirts, the headgear to accessories, each exquisitely-made item showcases locals' consummate craftsmanship. 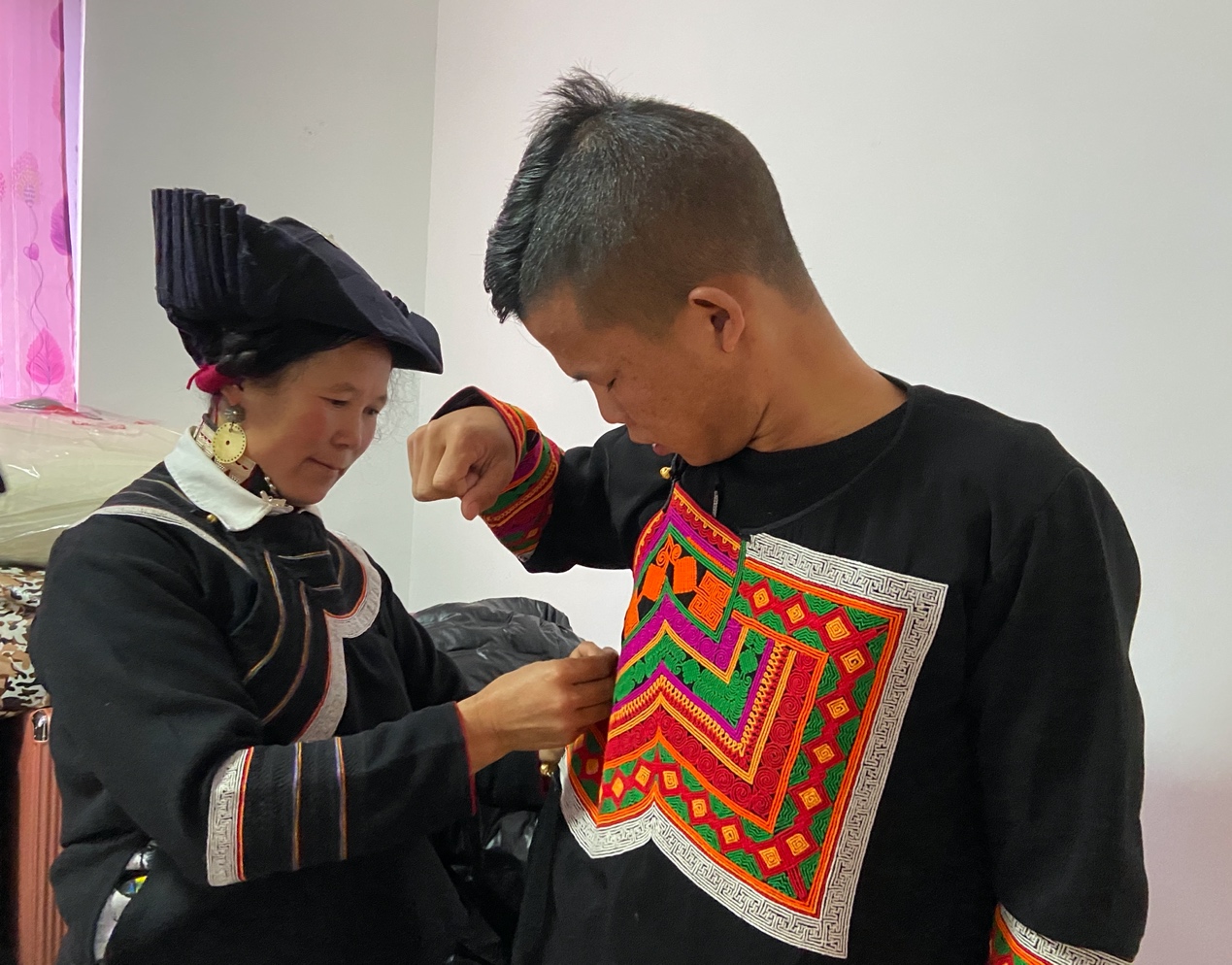 After cleaning up their house, the family began to cook pancakes made with buckwheat, a must-eat on day one of the New Year. They invited me to have a taste of the dish, which I've never had before. Served with pepper powder, the pancakes are chewy but taste very special.

Sacrificing pigs is another essential ritual. "Tuotuorou," which features boiled pork, is a popular dish during the festival. Since the residents have moved into the new government-funded apartments, they have no place to keep their livestock and pigs are now mostly bought from the market rather than being raised by themselves. To maintain the tradition, a temporary slaughterhouse was set up in the compound.

On the second day of the festivities, residents gathered to perform "dati," a distinctive dance that integrates various traditional moves with roots in the 1980s. People form a circle and hold hands as they move in unison. Some say the dance is a symbol of solidarity and harmony of Yi people. 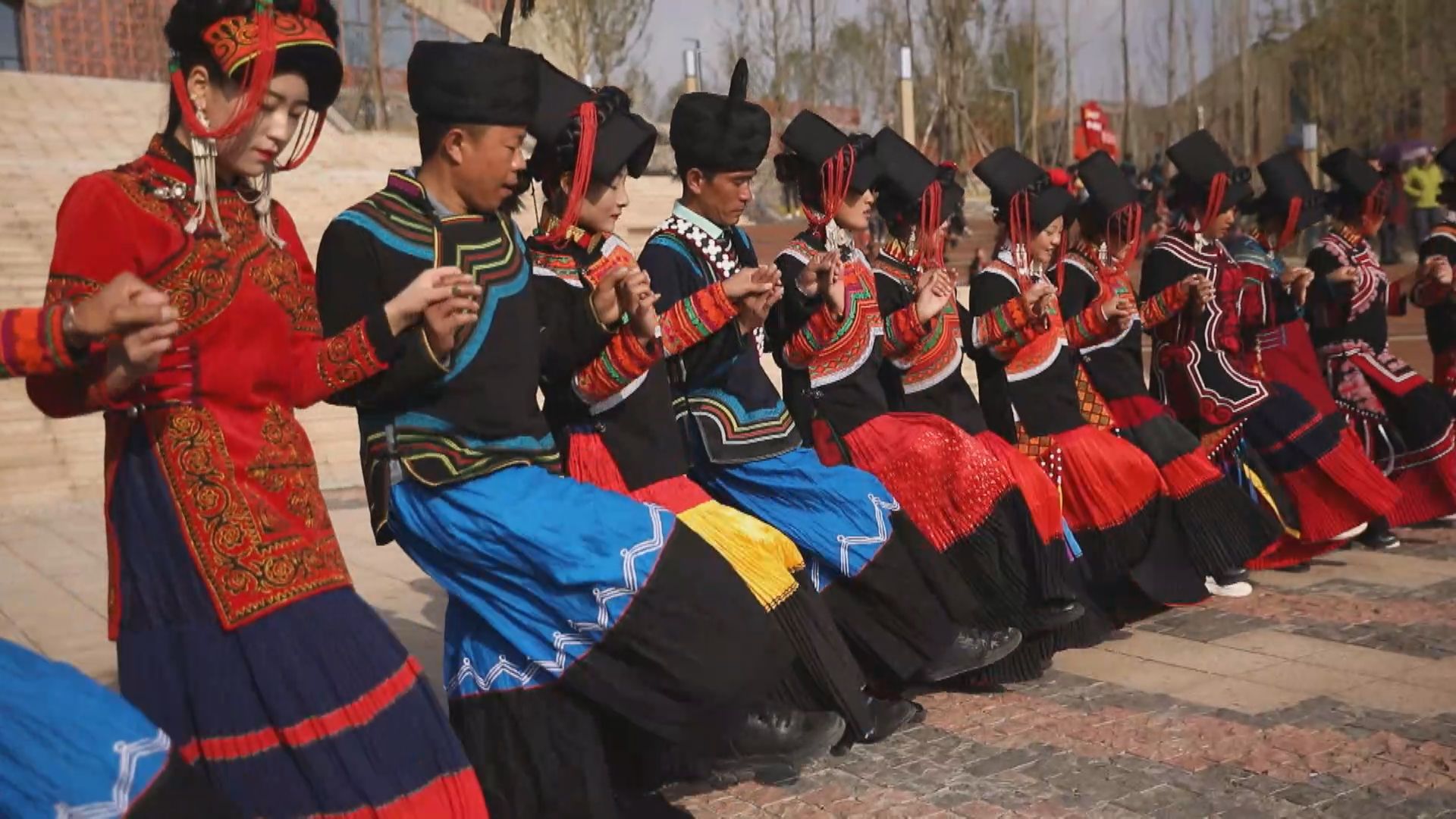 The performance was accompanied by traditional musical instruments like "yueqin," a kind of four-stringed plucked instrument, and "kouxian," a mouth harp made of bamboo. It's regarded as one of the smallest instruments in the world.

Spending one of their most important festivals in a completely different environment, locals have shown mixed feelings as they try to adapt to their new life. For example, sitting at the dinner table is a novelty, as Luobi Shiha told us that for years, they had their meals squatting on the floor, eating from bamboo containers.

"We are no longer short on water after moving here as tap water is available at home. We can also cook using electric stoves now. Plus, schools are close. Everything is convenient," she said.

Liangshan has long been one of China's poorest areas. Many people used to live in isolated areas that were cut off from the outside world. A small village in Zhaojue known as the "cliff village" once drew wide attention after viral pictures showed children climbing up and down rattan-made ladders along the cliff's face to go to school. 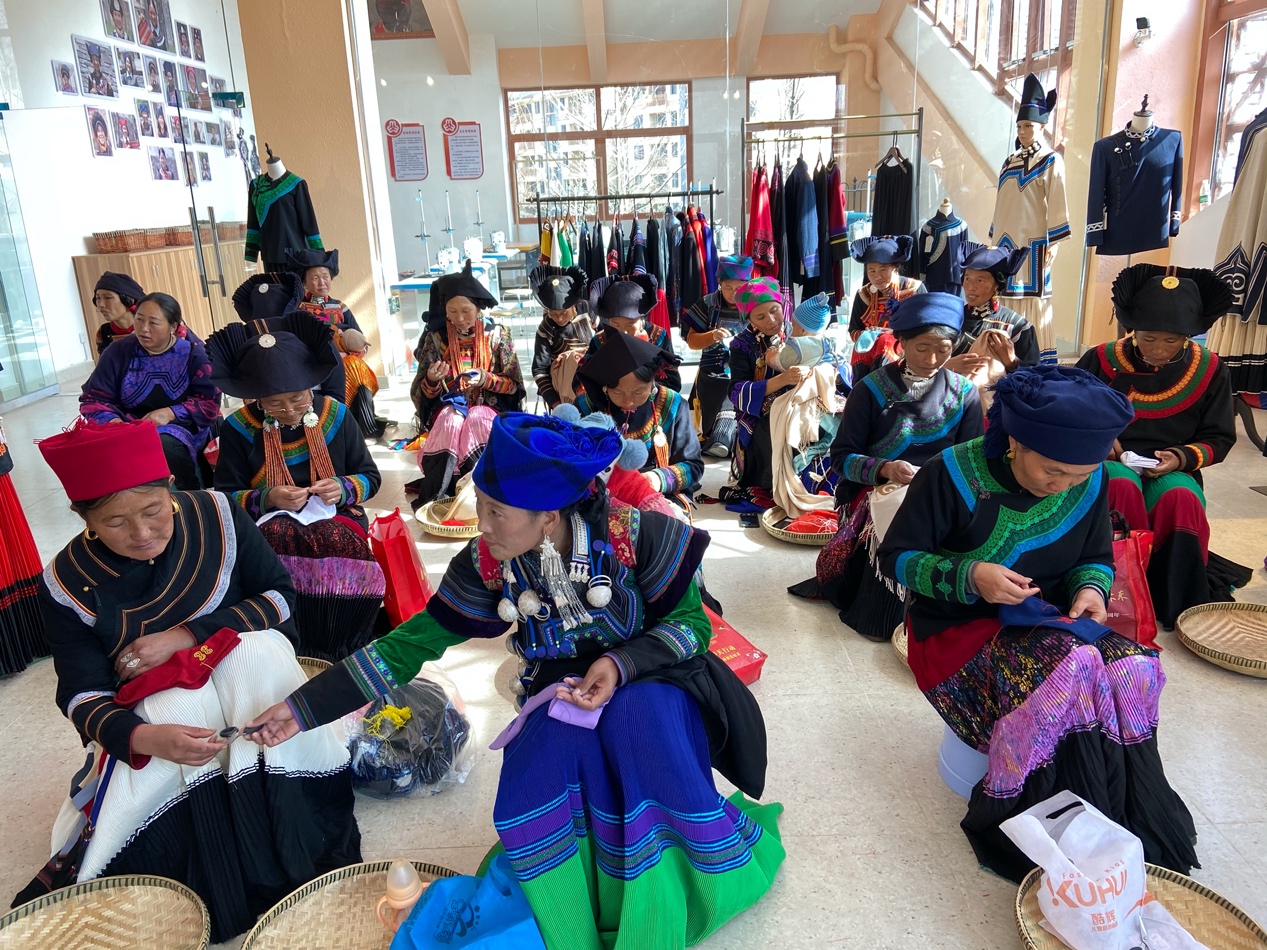 The relocated villagers are provided with a stable source of income. We visited an embroidery workshop set up earlier this year, where local women can earn several thousand yuan each month by making various items, such as Yi-style clothes, scarves, laptop bags and handbags.

But eradicating extreme poverty is just the first step for Zhaojue. There is still a long way to go before the farmers can really get used to the current life and further improve their livelihoods, as many of them – mainly those above the age of 40 have received limited education and can't even speak Mandarin, the official language of China.

Liao Yuchao, deputy chief of Zhaojue County, told me they still face great challenges, especially in how to prevent locals from falling back into poverty.

"Next, we'll develop some distinctive agricultural industries to help locals increase their income steadily. This is the basis to consolidate poverty eradication achievements. And we'll further motivate them by providing more vocational skills training," said Liao.

Personally, I'm very pleased to see that local Yi people are able to enjoy modern life with the help of the government, but at the same time, I also hope their unique traditions can be well preserved, including their costumes, dietary habits, art forms and the way of feting their festivals.