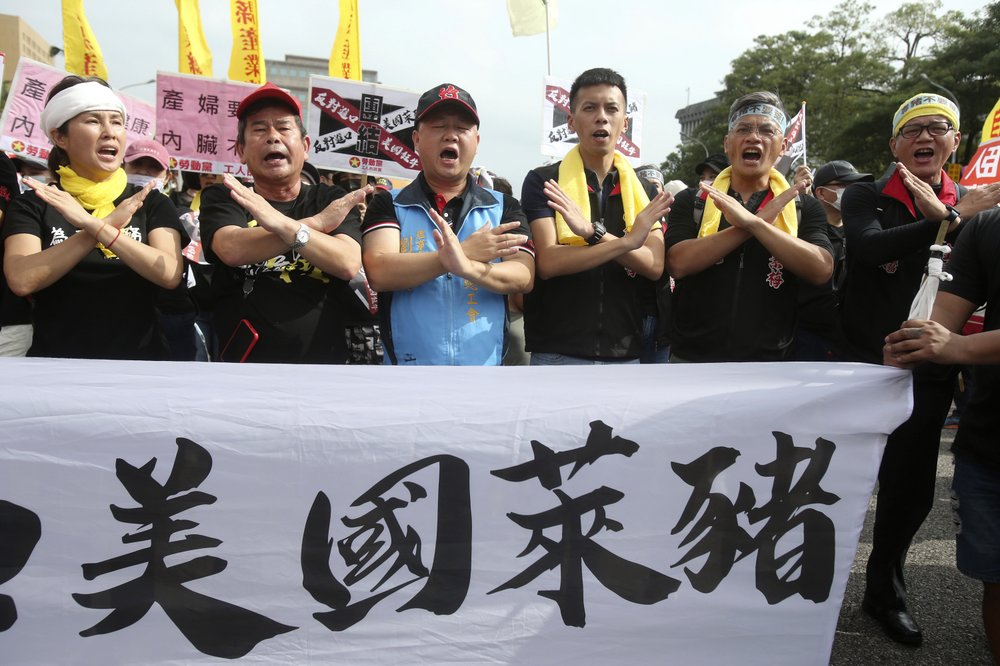 People shout slogans with a banner reading "U.S. ractopamine pork" during a protest in Taipei, Taiwan, China, on November 22. 2020. /AP

People shout slogans with a banner reading "U.S. ractopamine pork" during a protest in Taipei, Taiwan, China, on November 22. 2020. /AP

About 50 non-governmental organizations and political parties participated in the protest, according to the event's organizer.

People gathered at around 1 p.m. Sunday in the square in front of Taiwan leader's office and marched toward the building of the DPP headquarters. The protest ended at around 4:30 p.m.

Taiwan's telecom and broadcasting service regulator on Wednesday denied an application from CTi News to renew its license, effectively shutting it down. The decision has been viewed by the public and many insiders to be politically motivated.

Protesters demanded the authorities to withdraw the decisions and the island's leader Tsai Ing-wen and Su Tseng-chang, chief of its executive body, to apologize and resign.

The organizer said that it would call for another street protest if the island's legislature adopted the motion allowing the imports of U.S. pork containing ractopamine next month