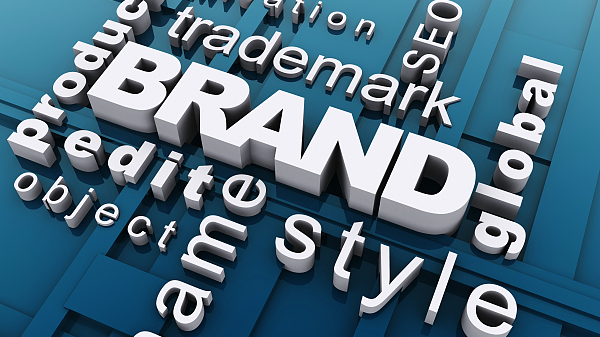 Editor's note: Zhang Can is an assistant judge at Beijing Intellectual Property Court. The article reflects the author's opinions, and not necessarily the views of CGTN.

The Regional Comprehensive Economic Partnership (RCEP), spanning 15 countries, approximately 30 percent of global GDP and more than 26 percent of the world's trade volume, was officially signed on November 15, 2020, marking a milestone in the creation of a huge free trade zone. The deal transmits a powerful signal in support of free trade and safeguarding multilateralism.

RCEP, being a very comprehensive and advanced multilateral trade arrangement, involves many aspects of modern cross-border trade and investment, such as service trade, electronic commerce, competition and intellectual property. Its chapter on intellectual property (IP), Chapter 11, provides the protection and enforcement of IP rights to reduce distortion and impediments to trade and investment.

With the development of globalization, technology and innovation have become the most important factors determining the comparative advantage and competitiveness of countries and regions in the market. Thus, the international protection of intellectual property has become a universal requirement.

Nevertheless, it was at the Uruguay round of the General Agreement on Tariffs (GATT) negotiations that IP protection was incorporated into a multilateral trade agreement.

And this is also how the Trade Related Intellectual Property System (TRIPS) Agreement was formed in 1994. The principles of TRIPS are fundamental and have been followed and frequently referred to by the IP Chapters of later bilateral or regional trade agreements.

In terms of IP protection, besides the basic principles that are strictly complied with, Chapter 11 of RCEP bears its own uniqueness compared with those of the United States–Mexico–Canada Agreement (USMCA), Trans Pacific Partnership (TPP) and CPTPP-Comprehensive Progressive Trans-Pacific Partnership (CPTPP).

A prominent feature is that the it focuses more on the balance of rights and obligations to prevent the abuse of IP rights.

Just as the first article of the IP Chapter provides, the protection and enforcement of intellectual property rights should contribute to the promotion of technological innovation and to the transfer and dissemination of technology, to the mutual advantage of producers and users of technological knowledge and in a manner conducive to social and economic welfare.

What's more, it requires RCEP members to adopt appropriate measures to prevent the abuse of intellectual property rights by right holders or the resort to practices which unreasonably restrain trade or adversely affect the international transfer of technology,

Similar provisions can also be found in the enforcement part of this chapter, which says that these procedures shall be applied in such a manner as to avoid the creation of barriers to legitimate trade and to provide for safeguard against their abuse.

Although the principle of the balance of interests had been stipulated in TRIPS, its function has been diminished by some developed countries who have the most IP resources and endeavor to preserve their global competitiveness by excessively stressing the importance of the protection of the rights of rights holders.

RCEP is trying to change this situation by appropriately emphasizing the significance of fair use, transfer of technology and socio-economic welfare in the international community.

Another significant feature of RCEP's IP chapter is that it has spared a specific section to include the international rules with respect to the protection of genetic resources, traditional knowledge and folklore.

Section G requires each party to establish appropriate measures to protect them, which is the first time for these issues to be written in the IP Chapter of such a trade agreement. This marks significant progress in the area of international IP protection in terms of caring about the core interests of the developing and the least developed countries who are rich in genetic, traditional and cultural resources, but lacking in industrial property, such as pharmaceutical patents, industrial designs and business secrets.

Unlike other regional trade agreements that force other members to accept high-standard and strict IP protection terms, RCEP has adopted a far more moderate approach to strengthening the utilization and protection of intellectual property through cooperation.

Acknowledging the significant differences in capacity between some parties regarding the IP issue, RCEP requires that each party shall cooperate with other parties and engage in dialogues to facilitate the effective implementation of its IP chapter.

Specifically, an annex has been attached to the deal to explicitly list the technical assistance requests for certain counties, for instance, as Annex 11B lists, Cambodia, Lao PDR and Myanmar are all asking for support in setting up an electronic application system for processing, registration and maintenance of trademarks.