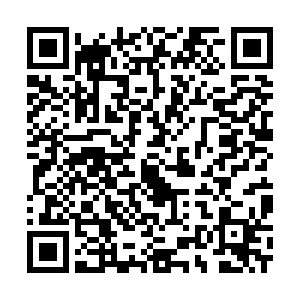 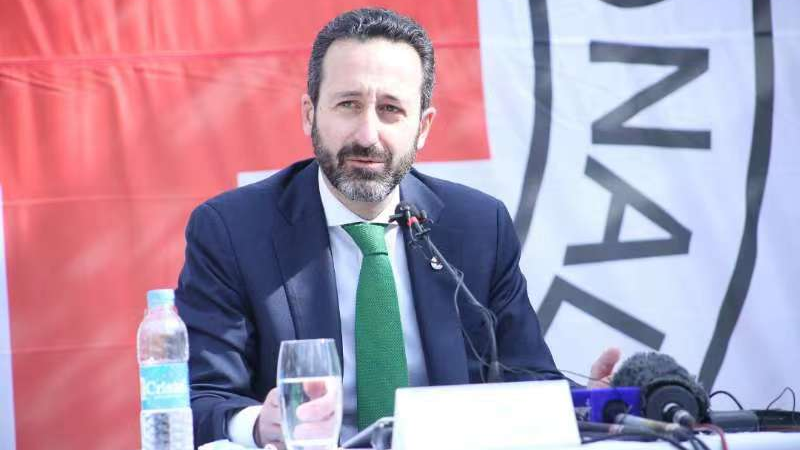 Editor's note: Robert Mardini is the director-general of the Assembly of the International Committee of the Red Cross (ICRC). Two weeks ago, he made a field visit to Afghanistan, the first of its kind since he was appointed and since the COVID-19 pandemic complicated the already dire situation in the country. His visit comes as the conflict between the Afghan government and the Taliban is intensifying and ongoing peace talks between the two sides in Doha have yet to make a breakthrough. During the trip, Mardini met with authorities, members of the civil society and people on both sides of the conflict.

CGTN spoke to Mardini to get his take on topics relating to the medical situation in Afghanistan.

CGTN: Why did you make Afghanistan your first visit?

Robert Mardini: My visit to Afghanistan has been very important in a symbolic and in a practical sense. This was my first visit to the field since I became ICRC director general in March of this year. As you know, the COVID pandemic and all its consequences has, of course, made travel much more difficult and restricted.

ICRC has been present in Afghanistan for 33 years (after 6 years of helping Afghan refugees in Pakistan), and it remains one of our largest humanitarian operations in the world. We want the people of Afghanistan to know that we will continue to stand by them as their future remains uncertain.

The visit has been important in a practical sense because it allows me to highlight the serious issues of humanitarian concern in Afghanistan – including to donors – at a very critical time. COVID has not only added yet another deadly threat to people already worn down by other crises, but it has made it even harder to secure funding to help people in need. We need to keep shining a spotlight on the massive humanitarian needs in Afghanistan and urge the international community to stay engaged.

CGTN: As negotiations in Doha have yet to make a breakthrough and the Trump administration is pushing to pull more its forces out of Afghanistan, there is a strong possibility that the unabated violence between both sides of the conflict will intensify. In your estimate, hospitals in which region will be most affected?

Robert Mardini: It is true that since intra-Afghan peace talks began in Doha in September, there has been a clear intensification of hostilities inside Afghanistan, with a resulting increase in the numbers of weapon-wounded being admitted to hospitals. Speaking to hospital staff in areas on both sides of the conflict, we were told that hundreds of casualties were admitted last month, including significant numbers of civilians – particularly in the most volatile frontline regions in the south and east of the country such as Helmand, Kandahar or Ghazni provinces. But clashes and targeted attacks have been increasing elsewhere too, including in the capital Kabul. There were several attacks and targeted killings reported while I was there. 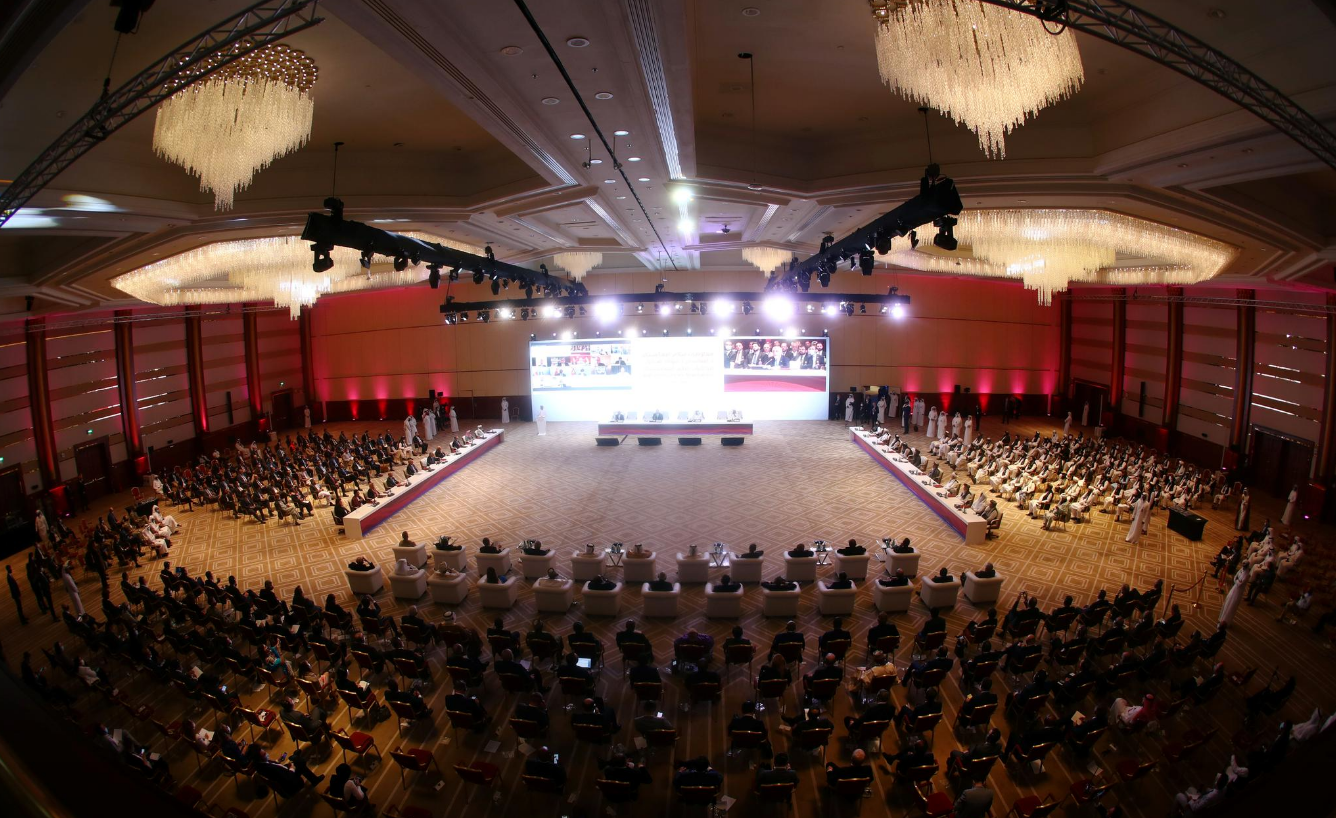 CGTN: There's no doubt that the COVID-19 has posed another deadly threat to Afghans, but do you think the decades-long conflict between government forces and the Taliban is a much greater threat? And if they reach a deal in Doha, do you think that threat will immediately go away?

Robert Mardini: Without doubt, the most pressing humanitarian needs facing people and communities in Afghanistan are as a result of decades of armed conflict. Before the current armed conflict began in 2001, there were successive armed conflicts in the country from the time of the Soviet invasion in 1979. Many Afghans have only known war their entire lives. This has had devastating socio-economic impacts, including on access to services such as health and education.

With regard to the peace talks in Doha, any sincere efforts to secure peace are, of course, always welcome. But in the meantime, urgent humanitarian needs cannot be overlooked. Even if a peace agreement is reached tomorrow, this does not by itself erase decades of suffering and deep-rooted needs that in some cases span generations. The lasting mental trauma of long-term exposure to violence is just one example.

CGTN: Has the ICRC played any role in the Doha talks?

Robert Mardini: No, we have not played any direct role in the Doha talks. It is not within our mandate to help negotiate peace between parties. What we can offer, in the framework of peace talks and in our capacity of neutral, independent and impartial humanitarian actor, is our services as a neutral intermediary, provided all parties agree. It is certainly within our remit to advocate for the inclusion of humanitarian matters as components of peace initiatives or agreements. This could include the detainee or the missing dimensions, the protection of the medical mission, or threats caused by explosive remnants of war, victim-activated mines and improvised explosive devices.

CGTN: During your visit to Afghanistan, did you notice whether people were anxious to see what the Doha talks will produce?

Robert Mardini: To be honest, most Afghans I met – at all levels – seemed rather skeptical about the prospects of peace, which I think is understandable after so many years of war. I think many people are seeing a disconnect between what is being said in Doha and what is actually happening on the ground. As long as fighting is continuing, and people are continuing to be killed, what is being said thousands of miles away in Doha may seem rather academic.

CGTN: You visited health care facilities on both sides. What was the biggest difference? Can you imagine future collaboration between them before or after a peaceful resolution?

Robert Mardini: Indeed, I visited Andar district and Ghazni provincial hospitals – two health care facilities managed by authorities on different sides of the conflict. And, it is true, they were not so different; rather, they had a lot of things in common.

In Andar district hospital, for example, there is one emergency surgeon serving a catchment area of around 100,000 people. The emergency room currently has only 5 beds. When there is an attack or incident in nearby areas – as there often is – the hospital quickly becomes inundated with casualties, often many of them civilians 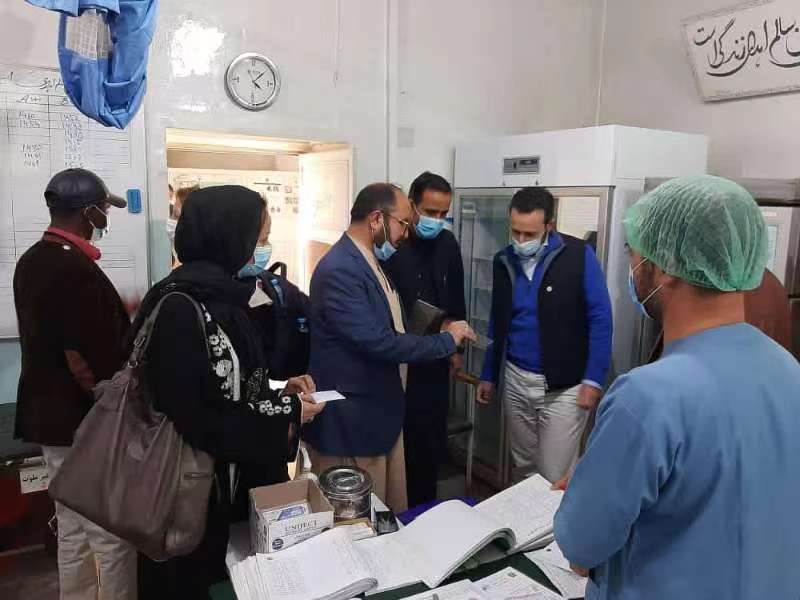 Likewise, in Ghazni provincial hospital there are typically hundreds of war-wounded admitted per month – along with all the other patients requiring care – and the 100-bed capacity easily becomes overwhelmed. Both hospitals have water supply and electricity problems, meaning what little equipment they have in many cases can't be used - such as X-ray machines, fridges for blood and other samples. And of course, many people struggle to get to hospital at all – because of lack of transport and insecurity.

The point is that healthcare needs are acute everywhere and need to be addressed urgently, regardless of political affiliations. I was encouraged by the positive attitude of health authorities on both sides of the conflict and inspired by the courage of Afghan health workers treating the wounded and sick 24/7. Collaboration might just be possible. I would say if the two sides are really sincere about peace, they could start with confidence-building measures where they matter, on the ground. These could be mutual agreements related to issues such as evacuation of the wounded, the transfer of human remains, or respect for the medical mission, for example. Such practical measures would go a long way to creating trust across lines and might just help pave the way to a durable political solution.

Robert Mardini: There are different kinds of funding in question. For example, the international community will come together in Geneva on November 23-24 to make new commitments promoting sustainable development, prosperity and peace in Afghanistan. The four-yearly pledging conference – hosted by the governments of Afghanistan, Finland and the United Nations – will effectively determine how much financial assistance will be allocated to help Afghanistan realize these ambitious goals.

But at the same time, much-needed funding for urgent humanitarian needs is in short supply. Our operations for Afghanistan are under-funded right now. So, at the conference, the opportunity must not be missed to also commit adequate and sustainable funding for humanitarian programs – even while pursuing a 'joined-up' approach toward peace, prosperity and self-reliance for the Afghan people. As far as the ICRC is concerned, the more attention paid by donor countries to Afghanistan, the better.