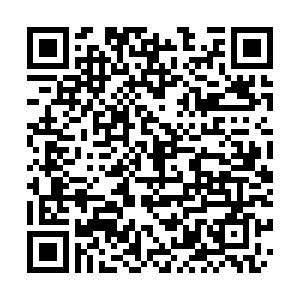 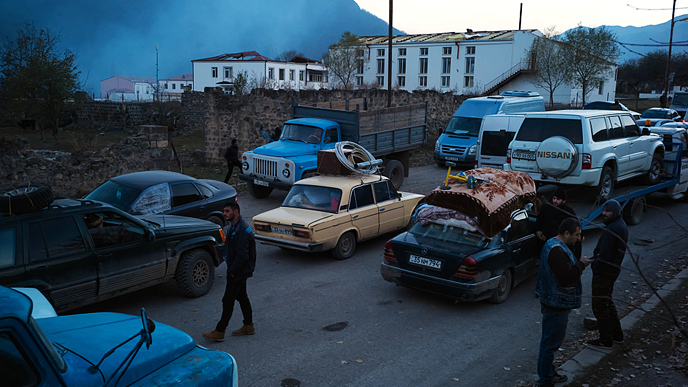 Azerbaijan said Wednesday its forces had entered the second of three districts to be handed back by Armenia as part of a deal that ended weeks of fighting over the region of Nagorno-Karabakh.

The defense ministry in Baku said in a statement that "units of the Azerbaijani army entered the Kalbajar region on November 25" under the deal signed earlier this month by Armenia, Azerbaijan and Russia.

Wedged between the disputed Nagorno-Karabakh region and the territory of Armenia, Kalbajar was initially scheduled for handover on November 15 but the deadline was postponed by Azerbaijan for humanitarian reasons.

"Engineering work has been completed to ensure the movement of our units in this direction, the difficult mountain roads along the route of the troops' movement are being cleared of mines and prepared for use," the ministry statement said.

Armenia agreed to hand over three districts around Karabakh - Aghdam, Kalbajar and Lachin -as part of the deal that stopped an Azerbaijani offensive that had reclaimed swathes of territory lost to Armenian separatists during a war in 1990s.

Aghdam was ceded on November 20 and Lachin is to be handed over by December 1. 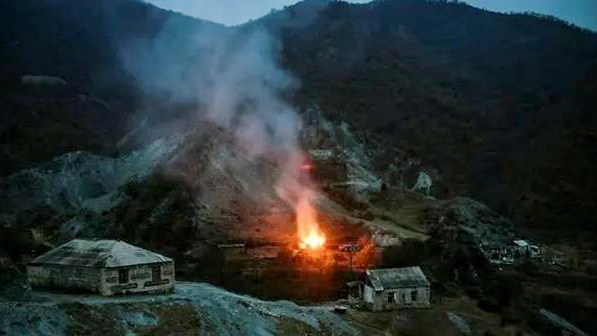 Some people in Kalbajar have burned their homes rather than leave them for Azerbaijani forces to take over. /AFP

Some people in Kalbajar have burned their homes rather than leave them for Azerbaijani forces to take over. /AFP

Unable to live together

In the days before the handover, residents of Kalbajar packed all they could take, determined to leave nothing to their long-term foe.

Azerbaijanis who fled the region nearly 30 years ago are expected to return and local bricklayer Gagik Yakhshibekyan said the Armenians did not want to leave anything behind for them. "So they burn them (their houses), trees are cut down and people are taking everything away," said the 43-year-old.

Armenians leaving Kalbajar ahead of the handover said they would not consider staying behind and living side-by-side with Azerbaijanis. "Azerbaijanis and Armenians will never be able to live together," 53-year-old builder Artur Kirakosyan said.

Clashes between the ex-Soviet rivals over Nagorno-Karabakh broke out in late September, reigniting the long-simmering conflict over the mountainous region.

Under the agreement, Armenia is losing control of seven regions seized during the post-Soviet war in the 1990s, which killed 30,000 people and displaced many Azerbaijanis that used to live there.